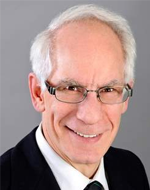 Friedlander is a leader in a number of diverse fields, especially algebraic K -theory, cohomology of algebraic groups, representation theory, and cohomology theories for algebraic varieties, and author of numerous papers and monographs. For his work, Eric has earned a number of important honors, including a Humboldt prize, invitations to speak at the International Congress of Mathematicians, and, in 2005, being elected a Fellow of the American Academy of Arts and Sciences. Friedlander is a Fellow of the AMS.

His service to the mathematical community includes four terms as chair of the Northwestern and USC mathematics departments, Chair of the USNC/Math, Chair of AAAS/Math, Board member of TPSE/Math, and organizer of many conferences. He served as Associate Dean of Science at Northwestern and serves on the Board of International Scientific Organizations.