Who Wants to Be a Mathematician, Michael A. Breen, AMS, and William T. Butterworth, DePaul University

Description: Show your support for top high school students from the U.S., Canada, and the U.K. in the first international Who Wants to Be a Mathematician as they compete for a US $5,000 first prize for themselves and US $5,000 for their school's math department. Come match wits with the contestants and support their mathematical achievement. 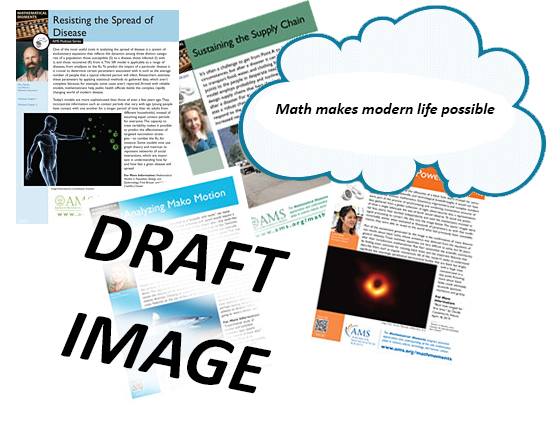 . . . including measurements, investments, finances, health, surveys, political decisions, and other information in science and the news.

Algebra, geometry, and calculus can be pretty interesting and fun. But math is a lot more than the formulas and rules used to count, measure, and calculate. Just like music, mathematics is a creative endeavor that includes beautiful structures and patterns, and surrounds us in countless ways. It strengthens scientific research, fuels our technology, supports modern healthcare, probes philosophical questions, helps us explore the universe, and dazzles us with its elegance. People like you will someday create new math to make our future lives better.

Mathematical scientists contribute to the work of scientists, actuaries, doctors, politicians, and others to solve problems across the physical, biological, social, engineering, and medical sciences. the economy to the spread of disease to the movements of the galaxies. 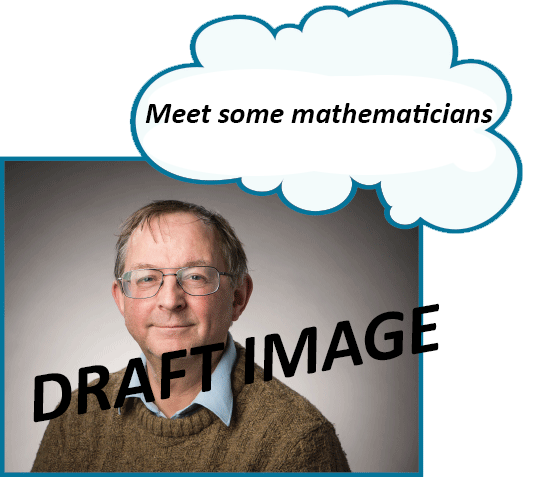 Mathematicians are people who like the challenge of solving a problem, seeing the beauty in patterns and shapes, and exploring new concepts. Throughout history, the development of mathematics has come from cultures all over the world. For example,

When the 20th-century German mathematician Otto Neugebauer was asked why the Babylonians did so well at mathematics, he replied, ?Presumably through the specific blend of different types of people down there.?

There's a little bit of the mathematician in all of us, and no matter who you are, you have a place in mathematics.

Here are some other places where you can meet mathematical scientists and read about the types of mathematics they do, their educational paths, and their advice to help you along yours: 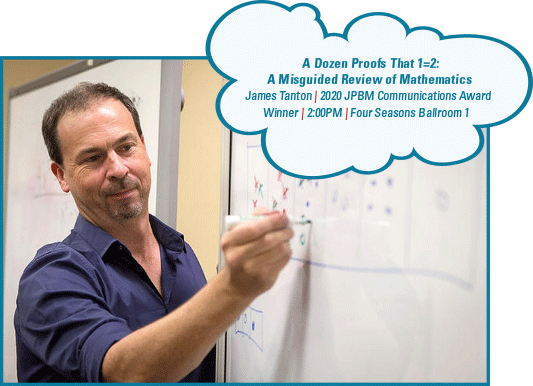 Description: Shetterly will receive her award and be interviewed by Talithia Williams, Harvey Mudd College. Following the interview, starting at noon, Shetterly will be available for a meet-and-greet and autograph signing. 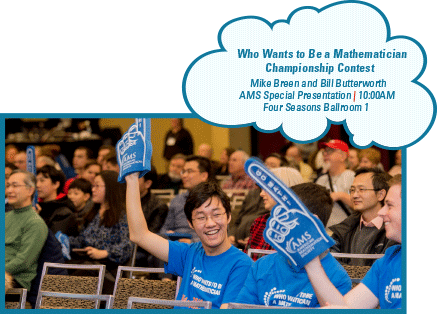 Description: We live in the age of the algorithm. Increasingly, the decisions that affect our lives--where we go to school, whether we get a job or a car loan, how much we pay for health insurance, what news we see on social media--are being made not by humans, but by mathematical models. The models being used today are opaque, unregulated, and uncontestable, even when they're wrong. They increase inequality and threaten democracy. What's worse is they're defended as fair and objective in the name of mathematics. What can the mathematical community do about this? How can we surface the moral questions and address the technical ones? Cathy will discuss some ideas along these lines.

Description: A math circle is an enrichment experience that brings mathematics professionals in direct contact with pre-college students and/or their teachers. Circles foster passion and excitement for deep mathematics. This demonstration session offers the opportunity for conference attendees to observe and then discuss a math circle experience designed for local students. While students are engaged in a mathematical investigation, mathematicians will have a discussion focused on appreciating and better understanding the organic and creative process of learning that circles offer, and on the logistics and dynamics of running an effective circle. The sponsor for this demonstration is SIGMAA MCST.

Who Wants to Be a Mathematician Championship, Michael A. Breen, AMS, and William T. Butterworth, DePaul University

Description: Show your support for top high school students from the U.S., Canada, and the U.K. in this international "Who Wants to Be a Mathematician" as they compete for a \$5,000 first prize for themselves and \$5,000 for their school's math department. Semifinals are at 1:00 pm and finals are at 2:00 pm. Come match wits with the contestants, support their mathematical achievement, and have tremendous fun at the same time.

Description: Math Wrangle will pit teams of students against each other, the clock, and a slate of great math problems. The format of a Math Wrangle is designed to engage students in mathematical problem solving, promote effective teamwork, provide a venue for oral presentations, and develop critical listening skills. A Math Wrangle incorporates elements of team sports and debate, with a dose of strategy tossed in for good measure. The intention of the Math Wrangle demonstration at the Joint Math Meetings is to show how teachers, schools, circles, and clubs can get students started in this exciting combination of mathematical problem solving with careful argumentation via public speaking, strategy and rebuttal. Sponsors for this event are SIGMAA for Math Circles for Students and Teachers (SIGMAA-MCST).