AMS donors make great things happen for the mathematics community with their gifts to the Society. The Line celebrates the stories of your gifts and their impact to the American Mathematical Society. 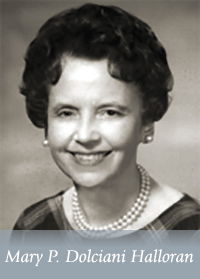 Mathematics scholars at non-PhD granting departments are now eligible for special recognition through the AMS Mary P. Dolciani Prize for Excellence in Research. The prize has been made possible through a grant from the Mary P. Dolciani Halloran Foundation.

The AMS Dolciani Prize puts focus on the critical importance of faculty members who maintain active mathematics research programs at institutions where heavy teaching responsibilities are the norm. Undergraduate faculty engaged in research serve as examples of excellence for students who have graduate school aspirations.

Mary P. Dolciani Halloran (1923-1985) was a talented mathematics scholar and educator who authored leading mathematics textbooks for college and secondary students. She received her PhD in Mathematics from Cornell University under Burton Wadsworth Jones. She was a post-doctoral member at the Institute for Advanced Study at Princeton and a Research Associate at the University of London. Later, she worked for the United States government on classified projects during World War II.

The Mary P. Dolciani Prize will have multiple outcomes. The prize will help elevate the awareness of significant mathematics research being accomplished on undergraduate campuses and give awardees' departments critical leverage in vying for limited institutional resources. Recipients will be nationally recognized by their peers for their excellence in their scholarship.

The prize amount is $5,000 and will be awarded every other year for five award cycles, beginning in 2019. Visit Mary P. Dolciani Prize for more information, or to make a nomination. 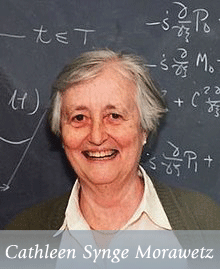 A gifted mathematician, Cathleen Synge Morawetz (1923-2017) worked in partial differential equations, making substantial contributions in the study of shock waves, scattering theory, transonic flow, and the nonlinear wave equation. She also lent her leadership skills to the AMS as a Trustee and as President from 1995-1996. Dr. Morawetz was a steady donor to the AMS throughout her 67-year membership. She supported a variety of programs as needs  arose, and in 2013 she and her husband Herbert, a chemist based at NYU, contributed a generous supplement to the endowment for the Oswald Veblen Prize in Geometry, as her father, mathematician John Lighton Synge, knew and admired Veblen. Cathleen Morawetz was also a member of the Thomas S. Fiske Society, having arranged for a bequest to the AMS upon her passing. Her gifts link many scientific legacies and generations together. The AMS is grateful for the myriad ways Cathleen Synge Morawetz contributed to the mathematics community. 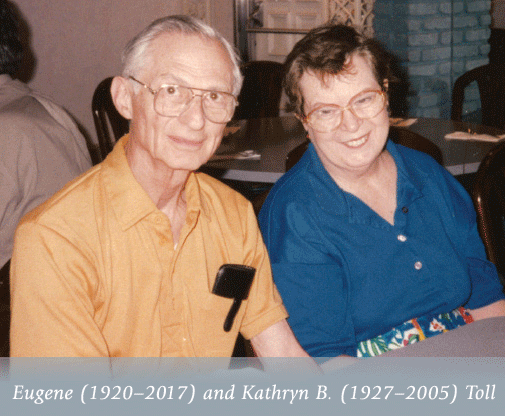 The intersection of mathematics and physics resulted in a 43-year marriage for Eugene (1920-2017) and Kathryn B. Toll (1927-2005). Eugene (1920-2017) and Kathryn B. (1927-2005) Toll Kathryn, a mathematician, was working at General Elec-tric and Eugene, a physicist, was at the Department of Defense when they met at a conference on jet engines. Kathryn was a member of the AMS from 1957?2005. Eugene described Kathryn as an adventurer who got him to try many new things. Both of the Tolls were regular donors to the AMS during their lifetime and made provision for the AMS in their estate plan. On behalf of all who benefit from their generosity, we celebrate their dedication to mathematics. 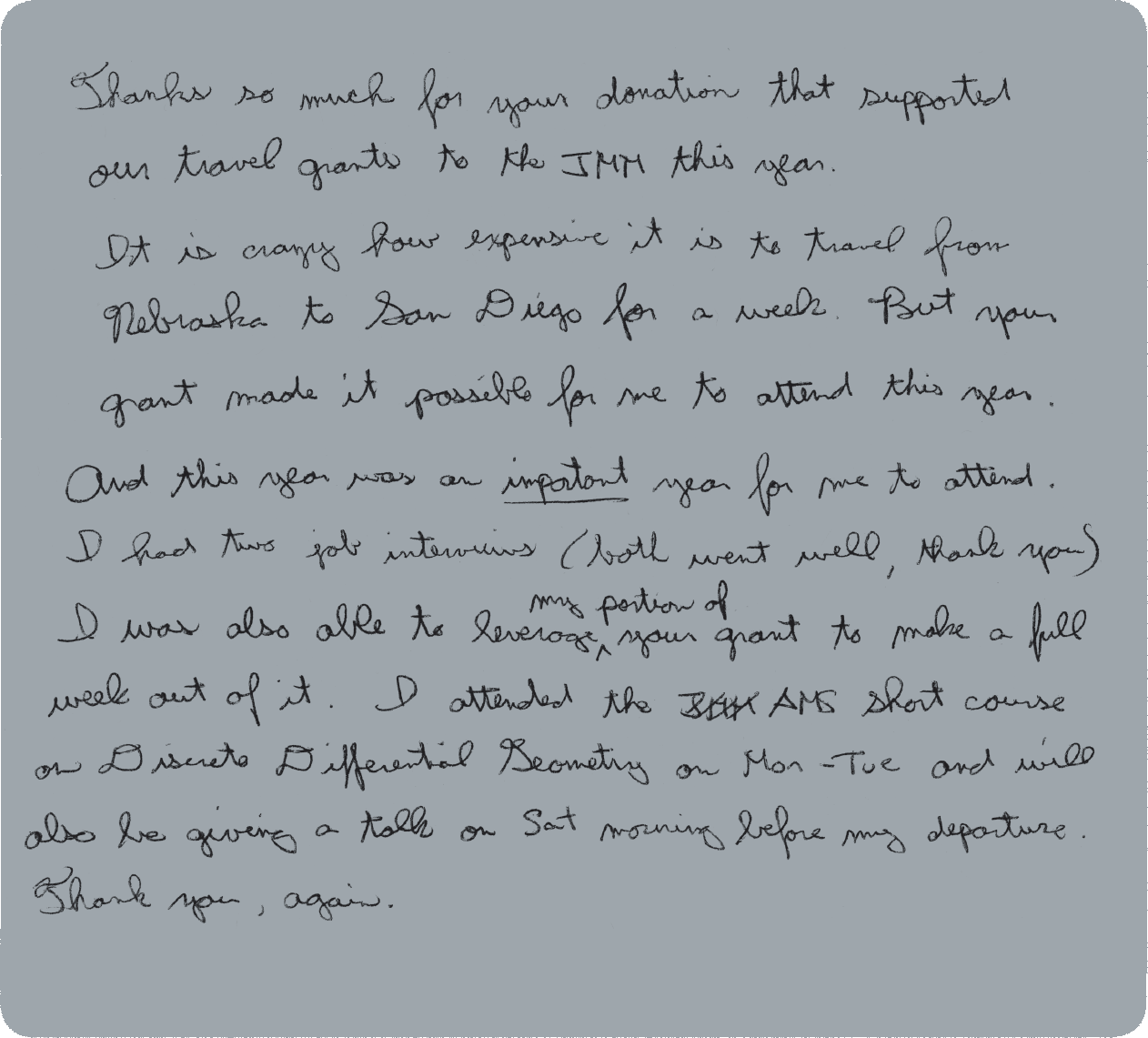 Thanks so much for your donation that supported our travel grants to the JMM this year. It is crazy how expensive it is to travel from Nebraska to San Diego for a week. But your grant made it possible for me to attend this year. And this year was an important year for me to attend. I had two job interviews (both went well, thank you). I was also able to leverage my portion of your grant to make a full week out of it. I attended the AMS short course on Discrete Differential Geometry on Mon-Tue and will also be giving a talk on Sat morning before my departure. Thank you, again. 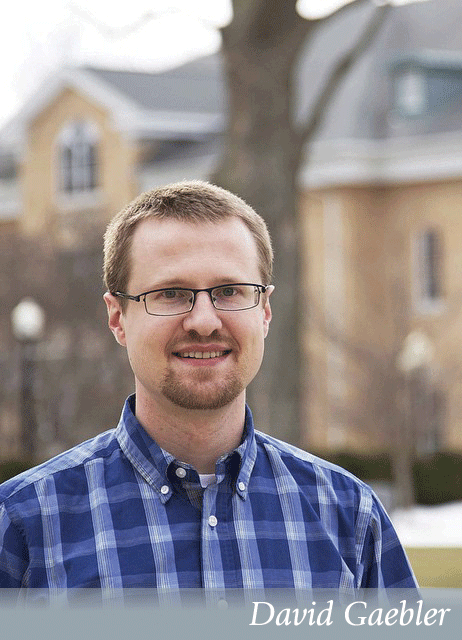 David Gaebler is an Assistant Professor of Mathematics at Hillsdale College in Michigan. In 2013 he received a travel grant to attend the Joint Mathematics Meetings (JMM) in his final year as a doctoral student. Being present at the JMM was of great benefit to him.

"The AMS travel grant made it possible for me to attend the Joint Meetings and interview for several jobs, including the one I now hold. Even in the age of Skype, there is no substitute for personal contact, and meeting my future colleagues made me enthusiastic about teaching here. In general, personal mentoring and networking are critical for early-career mathematicians, and conference attendance is indispensable. A travel grant that covers airfare or a hotel can make a lifelong difference to a graduate student on the job market."

When you support Mathematics Research Communities (MRCs) you help forge research-building collaborations. The MRCs offer professional development to promising early career mathematicians through a rich array of activities, helping them build a network focused in an active research domain. Participants also have opportunities to receive mentoring from leading scholars in that area. A National Science Foundation grant covers many of the program expenses, and the AMS contributes substantially to fund the remainder. Your gifts help meet costs not covered by the grant. 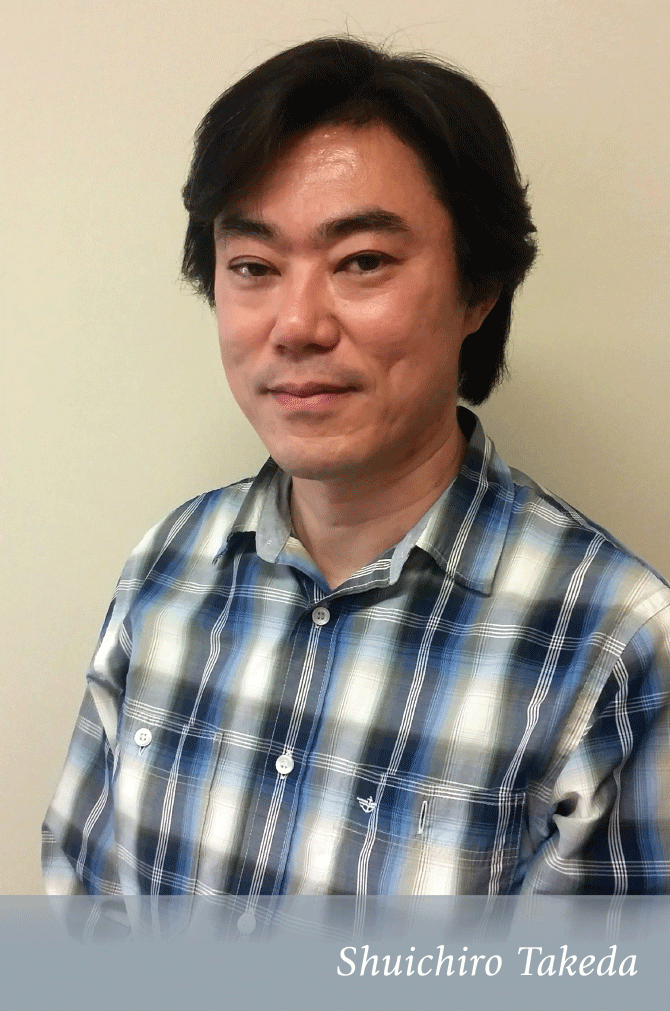 Your gifts to the Centennial Fellowship Fund helped Shuichiro Takeda expand his research in the Langlands program during this past academic year. Takeda's research focuses on the theory of theta correspondences and its applications to problems on automorphic representations and representations of p-adic groups. As the 2017-2018 AMS Centennial Fellow, Takeda used the fellowship support to visit the National University of Singapore to work with a collaborator.

I have been visiting the National University of Singapore since the beginning of the fall semester to work with Wee Teck Gan on the theory of theta correspondences, and it has been going quite well. The fellowship has covered most of the expenses necessary for the visit, and I greatly appreciate it.

What Your Gift Achieves: Ofﬁce of Government Relations

Gifts to the AMS Area of Greatest Need help support many initiatives, including mathematics advocacy.

In May 2018, the AMS sponsored an exhibit at the 24th annual Coalition for National Science Funding Exhibition & Reception on Capitol Hill, an event that promotes the importance of NSF funding to lawmakers. The AMS invited Dr. Talea L. Mayo of the University of Central Florida (UCF) to present. Her exhibit, "Beyond Coursework: Extending a Successful Model for Building Diversity in STEM to Univer-sity Campuses," featured undergraduate student Cindi-Ann Findley's work, "Impact of tides on hurricane storm surges: Improving predictions through numerical modeling." Mayo, a computational and applied mathematician, uses modeling and simulation to study hurricane storm surges and flood risk analysis. As an undergraduate, she participated in the Signifi cant Opportunities in Atmospheric Research and Science (SOARS) program, hosted at the National Center for Atmospheric Research in Boulder, Colorado. SOARS works to broaden participation in the atmospheric and related sciences. 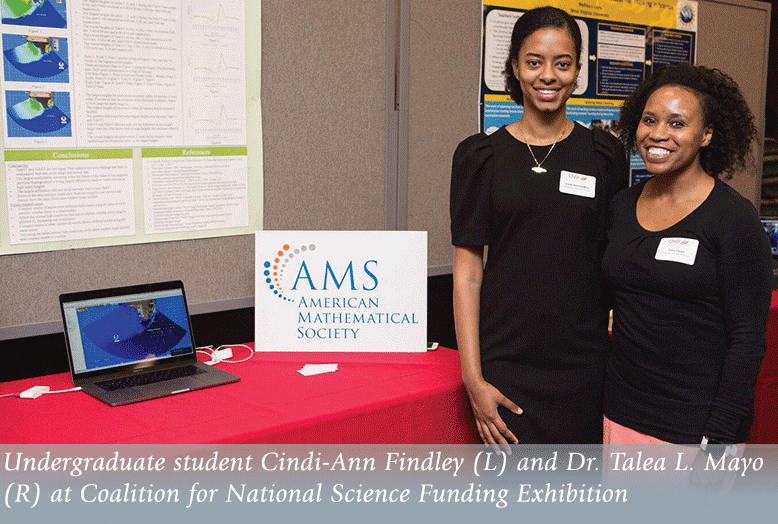 SOARS has expanded to two college campuses, including UCF, where Mayo is now on faculty. As part of her work, she supervises the research of undergraduate students like Findley.

"Academia is extremely challenging at every stage, particularly in STEM disciplines, and particularly for women and people of color," she said. "I have been mentored at every stage of my career and I know it has played an integral role in my success thus far."

Your donations to Area of Greatest Need helped the AMS feature both the importance of mathematics and the benefits of mentoring underrepresented scholars to national policy and budget makers.

Establish a Prize, Award, or Fellowship

What You Can Support