Visit our AMS COVID-19 page for educational and professional resources and scheduling updates.
Home > Giving to the AMS > Ways to Give

As a donor, you have the opportunity to honor someone of importance to you by establishing a named endowed fund at the AMS. A named endowed fund refers to a permanent fund where the principal is invested, and a portion of the interest income is paid out annually for a specified purpose. As the donor establishing the fund, you may name it to commemorate a family member, colleague, or mentor.

What do named endowed funds support?

You may establish an unrestricted named endowed fund, which will help the AMS carry out its broad mission of advancing research and supporting the mathematics community, with the flexibility to direct funds where they are needed most.

If you wish to support a specific area of interest, you may establish a strategic priority named endowed fund. Areas of interest include advocacy, promotion of awareness and appreciation of mathematics, fostering diversity, or programs supporting early career mathematicians. Examples of existing strategic priority funds are the Mark and Kathryn Kert Green Fund for Inclusion and Diversity and the Bertram and Ann Kostant Fund for the Next Generation.

All fund names are subject to the approval of the AMS Board of Trustees.The current minimum gift requirement to establish a named endowed fund is $25,000. Please contact Director of Development Douglas Allen at 401.455.4126 or by email for more information. 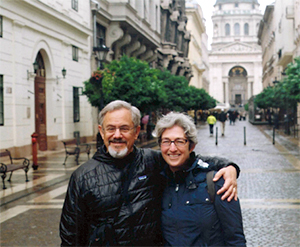 A Family Fund with a Purpose

Named Endowed Funds at the AMS

To make a gift to one of the above named endowed funds, go to our gift page and select "Named Endowed Funds".