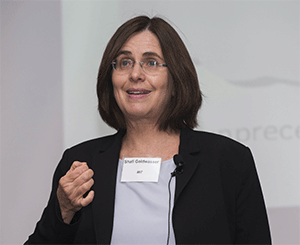 The AMS and MSRI held a congressional briefing on Capitol Hill on December 6, 2017. The briefing presenter was Dr. Shafi Goldwasser, the RSA Professor of Electrical Engineering and Computer Science at MIT. Dr. Goldwasser will take up a new post on January 1, 2018 as director of the Simons Institute for the Theory of Computing at the University of California, Berkeley. The briefing, entitled “Cryptography: How to Enable Privacy in a Data-Driven World,” was held for members of Congress and their staff at the U.S. Capitol. The Simons Institute made a film of Dr. Goldwasser’s experience with Congress, which you can watch here

Dr. Goldwasser’s pioneering work in the field of cryptography examines how we share and receive information. In the last 40 years, cryptography has shown how to use basic mathematics to enable secure electronic commerce. The enormous amount of data currently collected offers great opportunities to achieve medical breakthroughs, smart infrastructure, economic growth through consumer targeting, and surveillance for national security. This data collection, however, seems to stand in contradiction to patients’ rights, consumers’ privacy, unfair pricing, and the “Basic Right to be Left Alone.” The question is, can mathematics and technology make it possible to maintain privacy and make progress at the same time? Dr. Goldwasser’s presentation addressed how modern encryption methods, zero-knowledge proofs, and multi-party secure computation go a long way to get the best of both worlds. 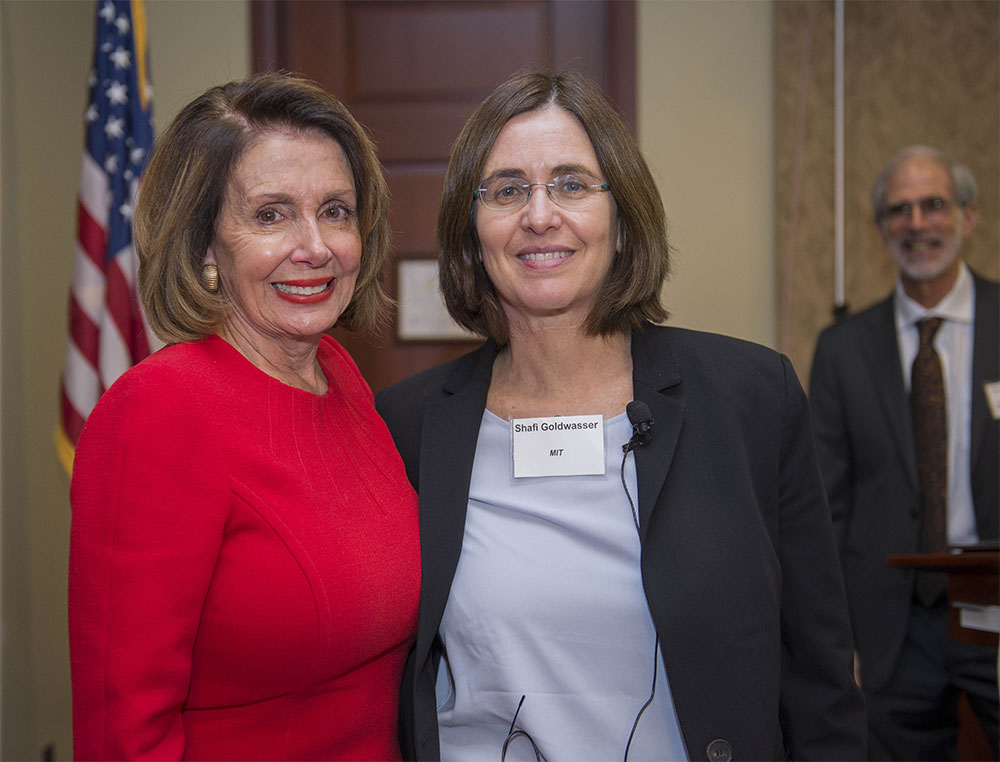 Leader Nancy Pelosi and Representatives Jerry McNerney (CA) and Daniel Lipinski (IL) were on hand to give remarks and provide their support for the mathematical sciences and federal funding of basic scientific research. 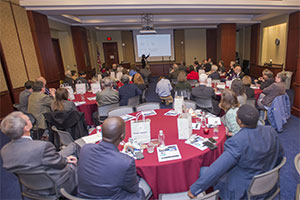