The most recent AMS-MSRI sponsored Congressional Briefing took place on May 22, 2018. Computer Scientist and Mathematician Erik Demaine (MIT) wowed the audience with surprising – and a surprisingly wide range of – applications of computational origami in manufacturing, robotics, public safety, space technology, and medicine. These have grown from new fundamental research in computational origami - the study of the mathematical and geometric underpinnings of the simple act of folding. MacArthur Fellow Erik Demaine has been instrumental in the development of this field. 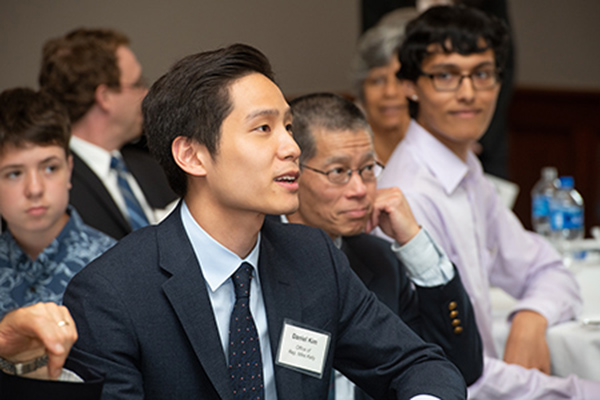 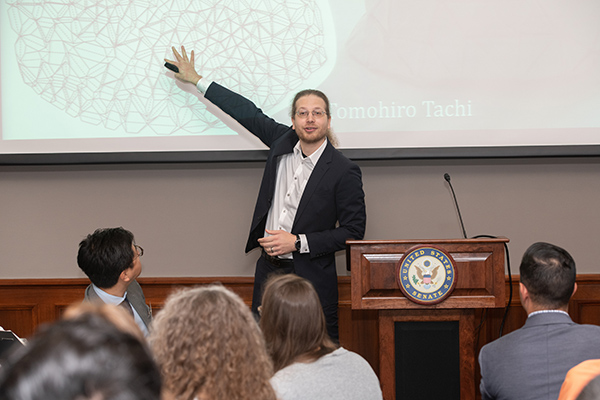 The examples of applications that Demaine provided included life-saving car airbags that are folded based on origami; very large telescopes that fold to fit on space stations and then expand for use once when in space; and deployable origami bulletproof shields that police and other public safety officials can use in extreme tactical situations.

The briefing, entitled "Origami Meets Math, Science, and Engineering,"was held on Capitol Hill for members of Congress and their staffs. Congressman Jerry McNerney (CA-9), a Ph.D. mathematician, was on hand to give remarks and spoke about the importance of federal funding for research.

Investing in computational origami and much of theoretical mathematics may seem, by nature, somewhat risky, but the examples in the AMS-MSRI briefings show what can happen with sustained funding from federal agencies. Investment in basic research is critical for reasons of economic and national security, and global competitiveness.

Dr. Demaine also explained how one could learn more about the applications of origami in math, science, and engineering using the following as examples of where to start:

In addition to his groundbreaking work in computational geometry, Dr. Demaine is active in many areas of computer science and mathematics, broadly connected to algorithms. He is also an acclaimed artist. His works have been shown at major museums, and some of his pieces are in the permanent collections of the Smithsonian Renwick Gallery in Washington, DC and in New York's Museum of Modern Art (MoMA).