The Maclaurin Lectureship is a reciprocal exchange between the New Zealand Mathematical Society and American Mathematical Society. A New Zealand and a United States-based mathematician will tour each other's countries on alternate years, with the lecturers to be chosen by both societies. The lectureship is named after Richard Cockburn Maclaurin (1870-1920), who studied at Auckland University College (now The University of Auckland) and Cambridge University, and won the Smith Prize in Mathematics and Yorke Prize in Law. He was Foundation Professor of Mathematics at Victoria University College, as well as Dean of Law and Professor of Astronomy. After serving as Chair of the Mathematical Physics Department at Columbia University he became President of the Massachusetts Institute of Technology (MIT) 1908-1920.

Gaven J. Martin, Institute for Advanced Study, Massey University. Schedule to be posted as it is determined

Marston Conder, University of Auckland, and Co-Director of the New Zealand Institute of Mathematics and its Applications (NZIMA)
Conder, the inaugural Maclaurin Lecturer, specializes in the development and use of combinatorial group theory and computational methods to study the symmetries of discrete structures. The Royal Society of New Zealand announcement, "Mathematician receives joint NZ-US honour," notes that Conder is a Fellow of the Royal Society of New Zealand and a past president of the Academy Council. Conder gave lectures at the University of California, San Diego (March 21, 2013), University of Washington, Seattle (March 25, 2013), Vanderbilt University, Nashville, TN (March 28, 2013), the University of Chicago, IL (April 3, 2013), Colgate University, Hamilton, NY (April 4, 2013), Boston College, Chestnut Hill, MA (April 6, 2013), and the University of Texas at Austin (April 9, 2013). 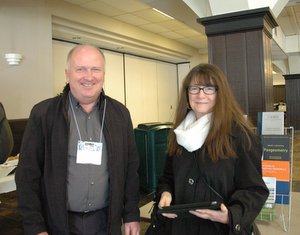