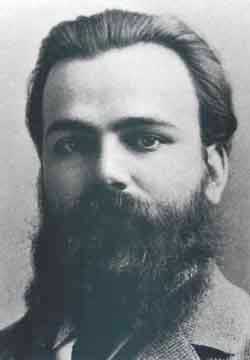 The Bôcher Prize is awarded for a notable paper in analysis published during the preceding six years. The work must be published in a recognized, peer-reviewed venue.

The first to be offered by the AMS, this prize was founded in memory of Professor Maxime Bôcher (pictured), who served as President of the AMS from 1909-1910. The original endowment was contributed by members of the Society. A generous donor augmented the endowment in 2008.

The current prize amount is US$5,000, and is awarded every three years.


The 2020 Bôcher Memorial Prize is awarded to Camillo De Lellis for his innovative point of view on the construction of continuous dissipative solutions of the Euler equations, which ultimately led to Isett's full solution of the Onsager conjecture, and his spectacular work in the regularity theory of minimal surfaces, where he completed and improved Almgren's program. The Prize is also awarded to Lawrence Guth for his deep and influential development of algebraic and topological methods for partitioning the Euclidean space and multi-scale organization of data, and his powerful applications of these tools in harmonic analysis, incidence geometry, analytic number theory, and partial differential equations. The third recipient of the 2020 Bôcher Memorial Prize is Laure Saint-Raymond for her transformative contributions to kinetic theory, fluid dynamics, and Hilbert's sixth problem on "developing mathematically the limiting processes...which lead from the atomistic view to the laws of motion of continua."