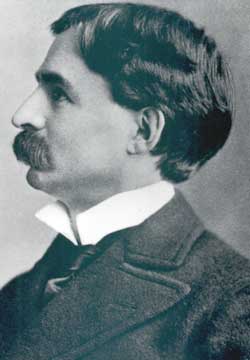 The prize was established in 2002 in honor of E. H. Moore. Among other activities, Moore founded the Chicago branch of the American Mathematical Society, served as the Society's sixth President (1901-1902), delivered the Colloquium Lectures in 1906, and founded and nurtured the Transactions of the AMS.

The current prize amount is US$5,000, awarded every three years.


The 2019 E.H. Moore Research Article Prize was awarded to Ciprian Manolescu, University of California, Los Angeles, for the paper "Pin(2)-equivariant Seiberg-Witten Floer homology and the triangulation conjecture," published in the Journal of the American Mathematical Society (Vol. 29, No. 1, Jan. 2016, pp. 147-176).