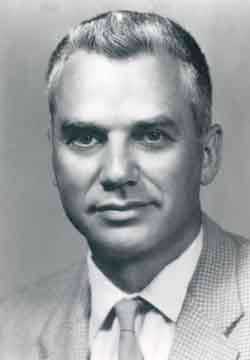 The Doob Prize recognizes a single, relatively recent, outstanding research book that makes a seminal contribution to the research literature, reflects the highest standards of research exposition, and promises to have a deep and long-term impact in its area. The book must have been published within the six calendar years preceding the year in which it is nominated. Books may be nominated by members of the Society, by members of the selection committee, by members of AMS editorial committees, or by publishers.

The prize (originally called the Book Prize) was endowed in 2005 by Paul and Virginia Halmos and renamed in honor of AMS President Joseph L. Doob.  Paul Halmos (1916-2006) was Doob's first Ph.D. student.  Doob received his Ph.D. from Harvard in 1932 and three years later joined the faculty at the University of Illinois, where he remained until his retirement in 1978.  He worked in probability theory and measure theory, served as AMS President in 1963-1964, and received the AMS Steele Prize in 1984 "for his fundamental work in establishing probability as a branch of mathematics.  Doob passed away on June 7, 2004 at the age of 94.

The US$5,000 prize is awarded every three years.


The 2020 Joseph L. Doob Prize is awarded to the two-volume set Probabilistic Theory of Mean Field Games with Applications, I and II, written by René Carmona and François Delarue, and published in 2018 by Springer-Verlag in its series Stochastic Analysis and Applications.

Nominations should include a letter of nomination (not to exceed two pages), a complete bibliographic citation for the book being nominated, and a short citation to be used in the event that the nomination is successful. Please also provide contact information for requesting a publisher-provided review copy of the book.