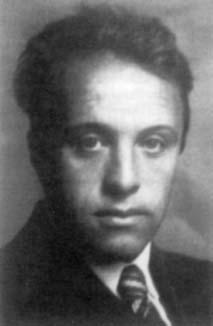 Photo from the MacTutor History of Mathematics Archive.

The Karl Menger Award is given to pre-college students in mathematics as well as mathematically-oriented projects in computer science, physics, and engineering at the Regeneron International Science and Engineering Fair (ISEF) .

The family of the late Karl Menger was the major contributor to funds established at Duke University and the AMS. An anonymous donor generously augmented the fund in 2008. The majority of the income from these funds is used by the Society for annual awards at the International Science and Engineering Fair.

Award announcement as seen in the news release.