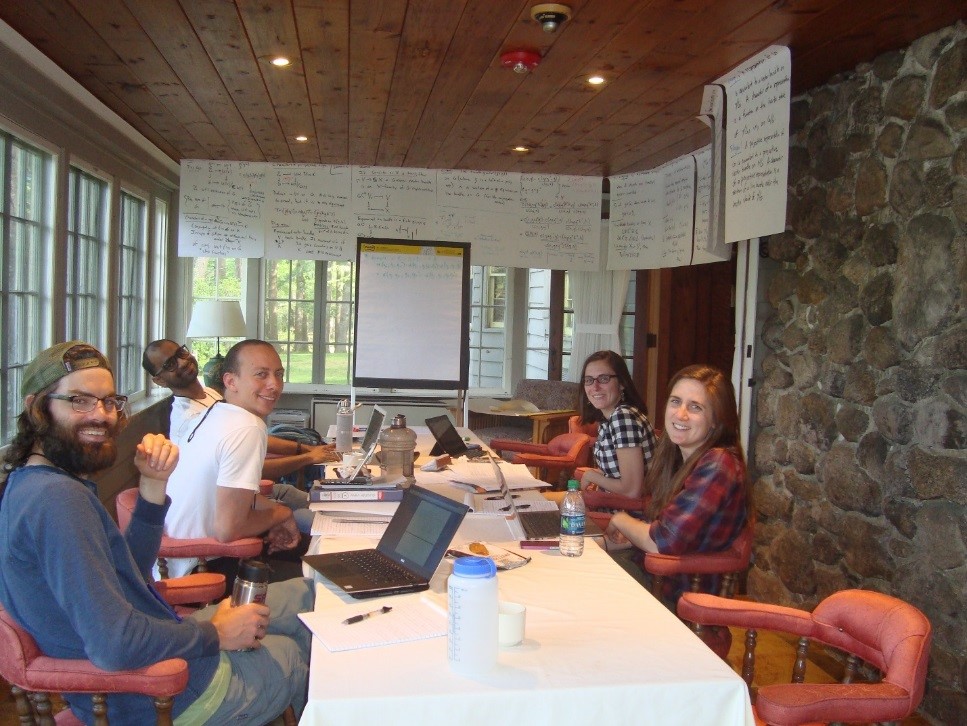 "The focus on group work was unlike any other conference I've attended. But that was also the best part of the whole thing."

"It (MRC) was the most worthwhile conference/workshop that I've been to. I was able to talk to people who I was previously too shy to talk to, and I learned a lot from everyone. . . ."

One of the tried-and-true techniques in representation theory is to apply topological invariants to spaces built out of Lie groups.  The workshop  focused on this paradigm where the invariant is equivariant elliptic cohomology. Elliptic cohomology has deep roots in homotopy theory, algebraic geometry, and mathematical physics.

"I really enjoyed the close atmosphere as well as the diverse group of expertise and interests that were represented at the MRC." 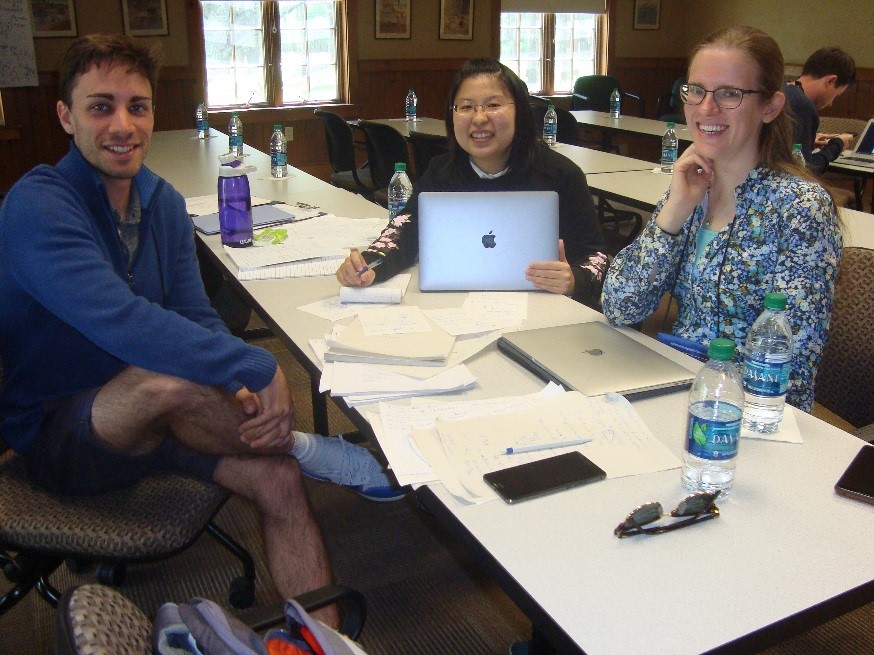 The goal was to better understand the global behavior of random systems driven by local interactions.

Read about the participants’ experience of doing math in the woods.

"I found it extremely valuable interacting with different groups and learning about aspects of their fields of expertise. The exposure to unfamiliar areas of mathematics as well as new perspectives on familiar ones was enlightening." 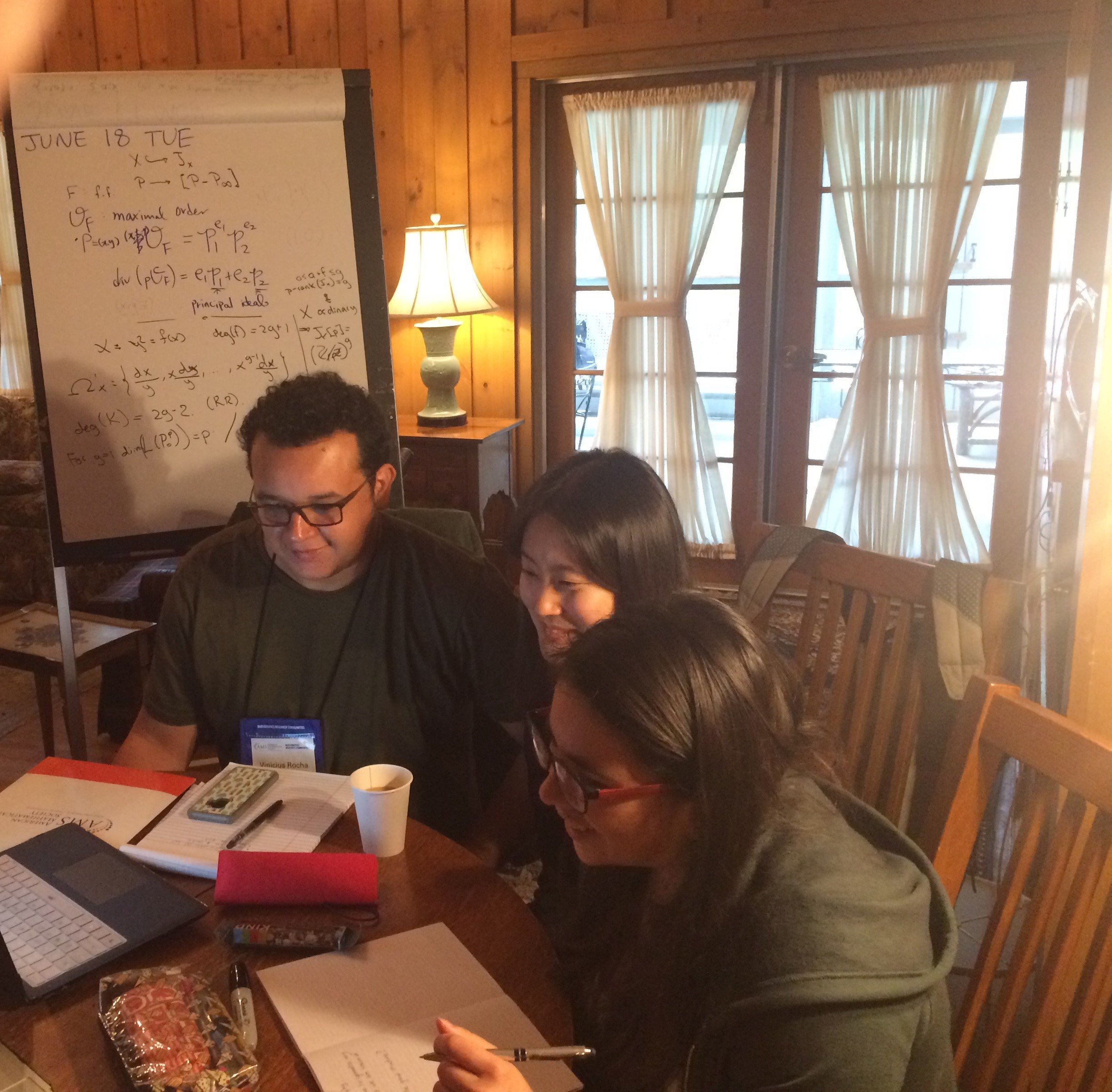 The focus was on problems in arithmetic geometry over fields of positive characteristic p that are amenable to an explicit approach, including the construction of examples, as well as computational exploration. Compared to algebraic geometry in characteristic 0, studying varieties over fields of characteristic p comes with new challenges (such as the failure of generic smoothness and classical vanishing theorems), but also with additional structure (such as the Frobenius morphism and point-counts over finite fields) that can be exploited.

"The program in general was an extremely rare and valuable experience as a young mathematician in the field - nice blend of senior and junior mathematicians."
Participants enjoyed the location saying things like:
"The connection to nature made it easier to focus on the mathematics." and "Great location to focus on mathematics and meet new collaborators. Few distractions." 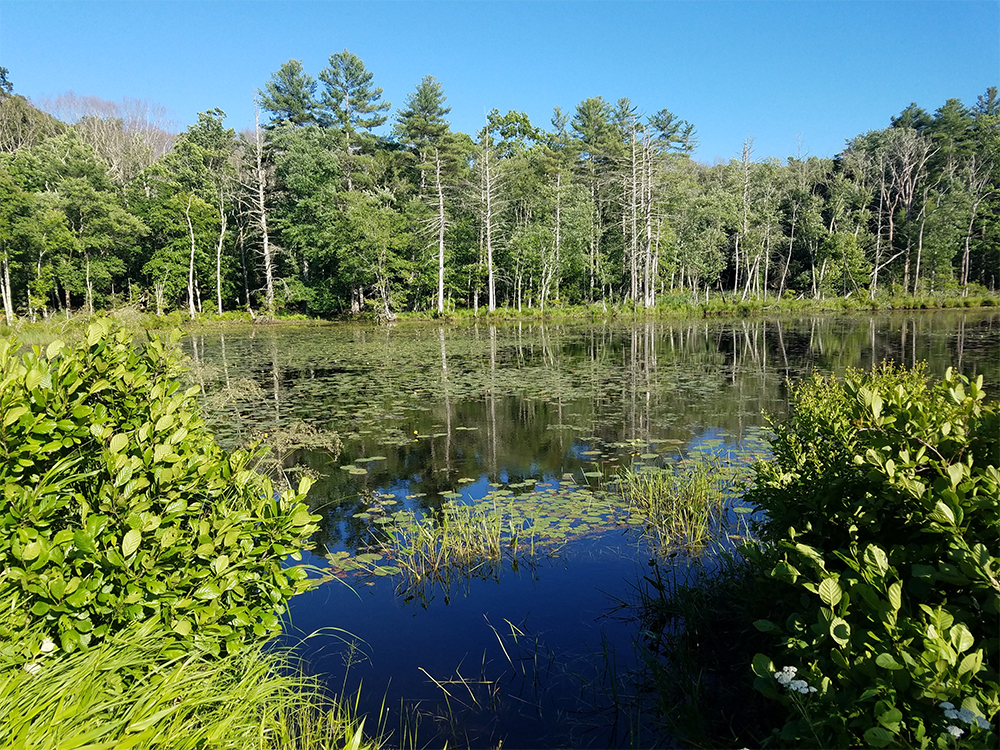