The charm of the formula discovered by him [Euler] and MacLaurin is that it applies to a remarkable assortment of mathematical questions...

In the early 18th century the Scottish mathematician Colin MacLaurin and the Swiss mathematician Leonhard Euler discovered, almost simultaneously and apparently quite independently, a rather strange formula relating the integral of a function over an interval spanned by integers $k$, $\ell$ and the sum of $f(n)$ over the integers in that interval. Euler has left a detailed record of how he came to it--he was largely motivated by problems involving efficient computation of infinite series that did not obviously allow of efficient computation. For most of the series he wanted to compute there are now better methods known, but the charm of the formula discovered by him and MacLaurin is that it applies to a remarkable assortment of mathematical questions. It is a kind of universal tool. The original formula applied only to functions of one variable, but in recent years there has been much research into analogous formulas involving functions of several variables, and indeed this is still an active and interesting area of investigation, with connections to a wide range of fields of mathematics including number theory, topology, and geometry. Besides, even in dimension one there seem to remain a few puzzles concerning exactly what functions the formula applies to, and how it is to be interpreted.

There is already a large literature on this topic, both in publications and on the Internet. But the summation formula of Euler and MacLaurin is beautiful enough to warrant yet another. 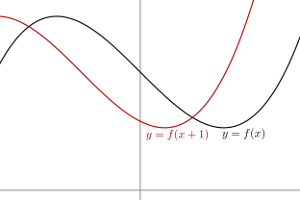 Suppose now that we want to solve a difference equation $$ \Delta F = f $$ where $f$ is a polynomial restricted to the integers. (We shall see an interesting example in just a moment.) Adding a constant to a solution gives also a solution, so we may as well assume the initial condition $F(0) = 0$.

In what's to come, I'll state the asymptotic analogue of the Euler-MacLaurin formula, run through what seems to have been Euler's initial appplication, sketch a proof of the formula, and finally try to give some idea of what happens in higher dimensions.

Before we go on to see how the formula can be used, we need to know a bit more.

$\bullet$ Relations with the trapezoid rule. At first the formula might seem too complicated to be very interesting. It vaguely resembles a similar assertion concerning the Taylor series of a function, but unlike the Taylor series the infinite series implicit here rarely converges. The formula is nevertheless quite useful. It might give you some reassurance to notice that if you ignore the terms with all the $\beta_{2n}$ in them then you recover the familiar trapezoid rule for approximating integrals: $$ \int_{k}^{\ell} f(x)\, dx \sim (1/2)f(k) + f(k+1) + \cdots + f(\ell-1) + (1/2) f(\ell) \, . $$

$\bullet$ The remainder. Neither Euler nor MacLaurin ever mentioned a remainder but simply expressed the formula in terms of an infinite series. As we shall see, this is dangerous, but then neither of them had tried to justify the formula rigourously. Euler, at least, dealt with the dangers by truncating the series conveniently. It was Poisson, in around 1834, who first mentioned a remainder. He had learned the formula from a well-known text book (on astronomy!) written by Laplace. His derivation depended on some aspect of the theory of periodic functions, which had developed largely after Euler. At any rate, his introduction of the remainder justified the somewhat risky techniques employed by Euler.

Euler's computation of the sum of reciprocal squares

Let's look at how Euler used the formula.

Sketch of the proof of the Euler-MacLaurin formula