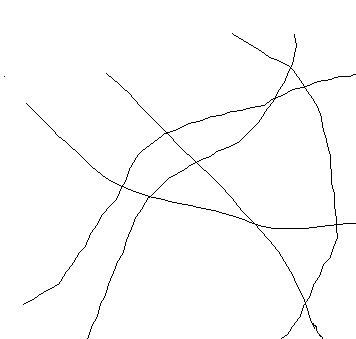 Like many ideas in mathematics the first investigation of pseudolines was done much earlier than a "sustained" effort to understand them could be carried out. Thus, in 1926 F. W. Levi (1888-1966) used the word pseudoline (in German) in what appears to be the first paper devoted to this subject. 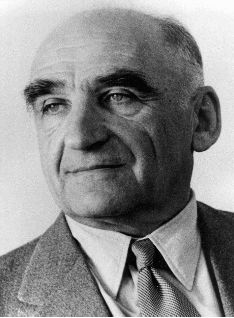 Levi proved a remarkable result which is now known as the Levi Enlargement Lemma. What this result says is that if one has a planar arrangement of pseudolines and one picks two points P and Q which are not both on the same pseudoline (these points can be on pseudolines or not), then it is possible to create a new pseudoline that passes through P and Q and creates a new arrangement of pseudolines which has one more pseudoline. (Levi had a complex career due to the fact that he was forced to give up a position in Leipzig by the Nazis. He spent the years of the war in India, where he had positions in Calcutta and the Tata Institute. He did early work on finite geometries and in the development of the theory of combinatorial designs, but returned to a position at the Free University in Berlin after the war. He also did important work in the theory of groups.)

The key to the fact that not all arrangements of pseudolines are stretchable is that there are theorems that guarantee that points constructed from the intersections of certain points and lines must be collinear. Two of the most famous of such theorems are Pappus' Theorem and Desargues' Theorem. These theorems are most naturally stated in projective geometry (where there are no parallel lines), because to state them in Euclidean geometry one must rule out that certain lines become parallel for the conclusions involved to hold.

Here is a diagram to illustrate Pappus' Theorem.

The most natural approach to Pappus' Theorem involves conic sections but here I consider a special case, where we have two lines which are shown parallel but could be intersecting. There are three points on each line: a, b, c on one, and A, B, C on the other. Join a to B and C; b to A and C; c to A and B. Pappus' Theorem states that the lines aB and aC, bA and bC, cA and CB intersect at points, respectively, p, q, and r which are collinear. Thus, in our picture, p, q, and r are collinear. Put somewhat differently, the points p, q, and r, which by their definition might not seem forced to be on a line, in fact, must be on a line.

The eight black pseudolines are straight lines (think of the two pseudolines which look parallel as meeting far in the distance) and there is one red pseudoline which meets all the others.

Another subtle aspect of straightening pseudolines is that a diagram that looks as if it consists of straight lines can sometimes be proven not to exist as lines. The pseudolines that one sees deviate from being actually straight in such a "small" way that the eye is unable to discern that they are not really straight lines, but are either slightly curved or are the union of segments which meet almost but not exactly at 180º! All of the questions that were raised above about lines can also be asked about pseudolines, together with some new questions that grow out of their own special nature.

For an unexpected appearance of pseudolines, consider the polygon below where the opposite sides of the polygon are equal in length and parallel. In fact, the polygon here is regular, that is, all of its sides have equal length and the angles between pairs of sides of the polygon are all the same. The polygon has been chopped up into cells using its vertices and additional interior vertices so that the resulting polygons are all parallelograms. Since we started with a regular polygon, in this case the result is a tiling of the original polygon by rhombuses. 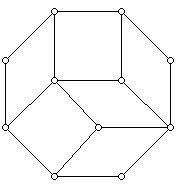 Where do the pseudolines come in? 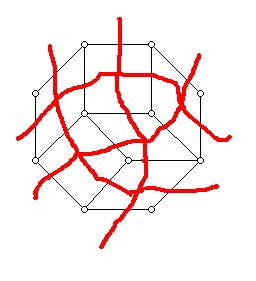 The diagram above shows how the octagonal polygon and a tiling of it gives rise to 4 pseudolines! This ingenious idea allows one to unify ideas about tilings and the enumeration of tilings with ideas about arrangements of lines and pseudolines. Mathematics can make a big leap forward when such an unexpected unification of ideas occurs.