A Gateway Between Art and Science :: Jean-François Colonna

Mathematics plays a very particular role in the quest for knowledge. Whether mathematicians are involved in invention or discovery, the tools that they develop have constituted the very basis of science for more than 2000 years. Mathematics, which has been considered for too long as a mere language in which to formulate the laws of nature, is now recognized as a creative thought process that can be used to discover new entities and phenomena.

Yet scientific knowledge is undoubtedly not the only way of comprehending the infinite wealth of phenomena in our universe. Art, the quest for beauty and the indefinable, is another way forward, a means of progress that is parallel to the means provided by science, and we surmise that still more possibilities exist, probably more than we could ever imagine.
— Jean-François Colonna, Centre de Mathématiques Appliquées, École Polytechnique 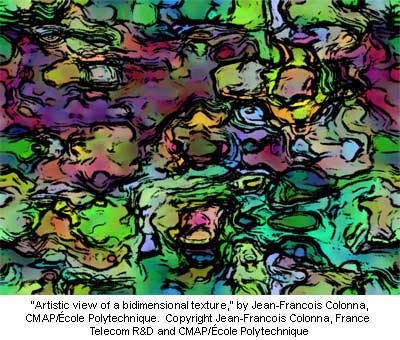 This image was obtained by means of a self-transformation of a fractal process. 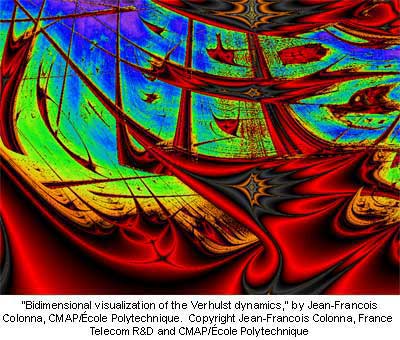 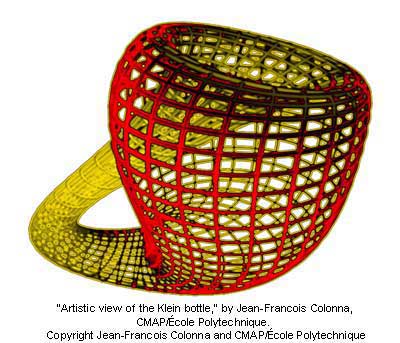 In mathematics, the Klein Bottle is a non-orientable surface, i.e. a surface with no distinct "inner" or "outer" sides. Other related non-orientable objects include the Mobius strip and the real projective plane. Whereas a Mobius strip is a two-dimensional object with one side and one edge, a Klein bottle is a three-dimensional object with one side and no edges. 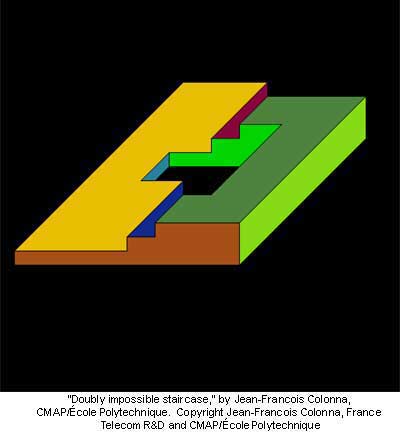 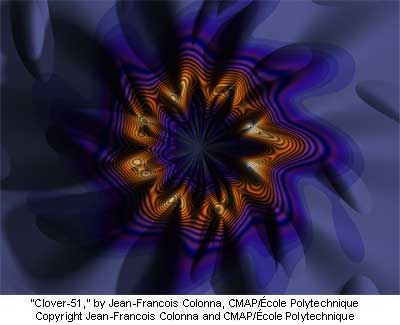 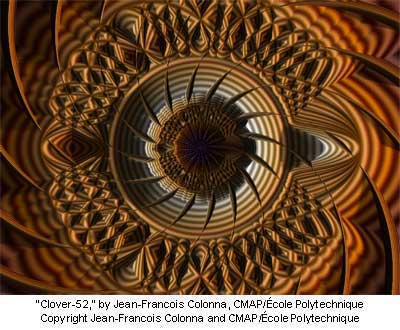 The above "Clover" images show the lack of associativity for addition and multiplication inside a computer. In order to be able to obtain the exact same results over the years for a certain computation, I did include the definition of some "devices" in my own programming language, which allow the definition of the precise order of the arithmetic operations: $+, -, *,$ and $\div$ (by the way, parentheses won't do that, for example, $X=A+(B+C)$ does not mean $T=B+C$ then $X=A+T$).

This opens the door to something very powerful: The possibility to dynamically redefine the arithmetic used when launching a program. This picture and "Clover-51" are the results of the combination of eight elementary pictures: 3-clover, 4-clover, ... ,10-clover with substitutions like $(A+B) \rightarrow \max (A,B), (A*B) \rightarrow (A+B)$.