An article by Matteo Fraschini (Cagliari) and nine co-authors, published December 7, 2016 in the online journal Scientific Reports, has the title "EEG functional network topology is associated with disability in patients with amyotrophic lateral sclerosis." 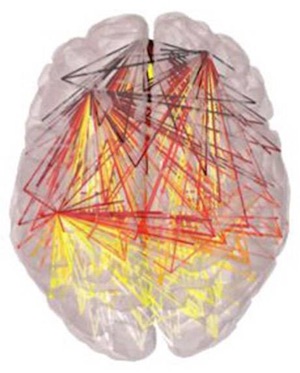 A typical EEG functional network. Here the 57 nodes correspond to 57 active electrodes placed in the scalp. The edges correspond to functional relationship measured from EEG recordings in the beta band (12-30 Hz); the intensity of the relationship is color-coded from black (strongest) to yellow. Image from a different recent study, Front Neurosci. 2016; 10:55, courtesy of Panagiotis Bamidis.

Fraschini and his colleagues worked with 21 patients who had been diagnosed with ALS (amyotrophic lateral sclerosis) and 16 age- and gender-matched controls. For each of them they recorded the pattern of intensity of correlations between resting-state EEG readings from each of 61 electrodes attached at a standard set of locations on the scalp, for various segments ("bands") of the frequency spectrum. For each subject and each band, they used an algorithm due to Joseph Kruskal (Proc Amer Math Soc 7 (1956) 48-50) to construct a minimum spanning tree (MST) for the observed network. This is a sub-network which 1) contains all the nodes, 2) has no loops and 3) (in this context) maximizes the link weights (the intensities as illustrated in the figure above). The usefulness of MST analysis is discussed here. Fraschini et al. measured several parameters of the MST, including the diameter (the largest distance between any two nodes, "the longest shortest path in the network") and the leaf fraction (the proportion of nodes which are leaves on the tree, i.e. attached to only one edge). The distribution of these parameters revealed significant differences between the beta-band records from the ALS patients and those from the controls. 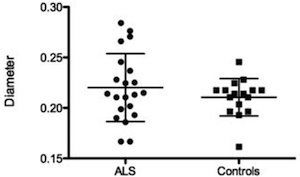 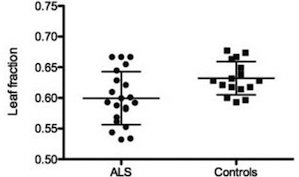 The authors conclude: "This finding suggests that resting-state EEG networks analysis may play an important role in evaluating the status of ALS patients and monitoring disease progression."

The venerable magazine has an online presence including short humorous pieces packaged as "Daily Shouts." On December 4, 2016 the Shout was Times I have actually used math since High School, by Karen Chee, a series of vignettes of which the first may be the funniest: "My family and I are at an amusement park when a large crowd suddenly surrounds us. I frantically reach for my children--are they still here?! I count them: one, two. They are both here. Thank God for math." And not just arithmetic: analytic geometry and the Euler characteristic get to make absurdly inappropriate appearances.

Farewell to Numberplay: modes of problem-solving

Gary Antonick's "Numberplay" ran for 7 years as a weekly item in the Crosswords and Games section of the New York Times website. In his last column (October 31, 2016) Antonick gives an overview of approaches to problem-solving, distinguishing with an example the Casual Solver, the Technician and the Mapmaker. "As recently as a few years ago, it was widely assumed that only the second personality--the Technician--was worth studying. The Casual Solver approach was just dismissed as sloppy thinking, and the Mapmaking approach was seen as too individualistic or imprecise. We're now in a transformation period in problem-solving, where all three personalities are being recognized as important." More specifically, "Casual mode is the 'fast thinking' in Daniel Kahneman's must-read 'Thinking, Fast and Slow'. As for Mapmaker--I mean to refer to one of skills in Terence Tao's 'post-rigorous reasoning', Freeman Dyson's 'bird', and in Bill Thurston's 'On Proof and Progress'."