is the name given, on the model of dyslexia, to "a severe disability in learning arithmetic;" the definition is from "Dyscalculia, From Brain to Education" by Brian Butterworth (University College, London), Sashank Varma and Diana Laurillard, a review article in Science for May 27, 2011. They estimate the prevalence of this disorder at 5-7% ("roughly the same prevalence as developmental dyslexia"); they comment on its implications ("A large UK cohort study found that low numeracy was more of a handicap for an individual's life chances than low literacy") and bemoan the much lower amount of funding that research on dyscalculia receives in comparison to dyslexia. In particular, there has been much too little systematic evaluation of the strategies that have been devised to correct or mitigate this disorder in schoolchildren. But the authors can point to some things that are known.

The authors also review what is known about the way arithmetic is processed in the brain, much of this recently learned through neuroimaging experiments. E.g., "learning new arithmetical facts primarily involves the frontal lobes and the intraparietal sulci, but using previously learned facts involves the left angular gyrus, which is also implicated in retrieving facts from memory."

MoMath in the New York Times 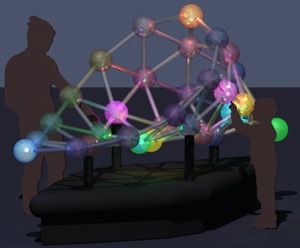 The Museum of Mathematics, or "MoMath," will open next year downtown in New York City. Kenneth Chang describes the prospect in the Science section of the Times for June 27, 2011. Chang interviews Glen Whitney, mathematician, quantitative financier and now head of the MoMath project: "We want to expose the breadth and the beauty of mathematics. ... There are all sorts of myths about mathematics out there ... cultural myths that we want to blow apart." As Chang explains, the myths include math being hard, boring, for boys, and not mattering in real life. Whitney is concerned about the low level of math achievement in the U.S. but does not imagine that MoMath itself will turn things around. Rather, he expects it to help change cultural attitudes about mathematics ("It's the only field you can go to a cocktail party and talk to people with pride about how lousy you are.") and to inspire some visitors to delve into math more deeply ("We want to be a place where that spark can ignite.")

A classical question in the study of random graphs is the behavior of the largest connected component (LCC) as n edges are attached to a fixed number of vertices, and n increases. Erdös and Renyi had established in 1960 that as n surpasses half the number of vertices there is a phase transition: a dramatic change in the growth of the size of the LCC as a function of n. This column for April, 2009 picked up a report in Science which provided "conclusive numerical evidence" that following certain algorithms for where to add the next edge could lead to a discontinuous transition, in which the fraction of vertices in the largest component jumps from being a vanishing fraction of all vertices to a majority of them "instantaneously." This is explosive percolation. But a new report in Science (July 15, 2011) states that "this is not the case." The authors, Oliver Riordan and Lutz Warnke, give a mathematical proof ("in heuristic form") showing that the existence of explosive percolation in those models would lead to a contradiction, and that in fact "the continuity of the phase transition is such an essential feature of the basic model that it survives under a wide range of deformations."

An Op-Ed piece in the August 25 2011 New York Times recommends substituting a more applications-oriented curriculum for the traditional algebra, geometry, algebra, precalculus, calculus sequence taught in American high schools. The authors, David Mumford and Sol Garfunkel, speak from the very top of the U. S. mathematics and mathematics education establishment, but what they propose is revolutionary. As they put it, "This highly abstract curriculum is simply not the best way to prepare a vast majority of high school students for life." Rather than being taught how to solve quadratic equations, how to use complex numbers and how to understand geometry in terms of groups of transformations, "most citizens would be better served by studying how mortgages are priced, how computers are programmed and how the statistical results of a medical trial are to be understood." More specifically:

Their last word: "It is through real-life applications that mathematics emerged in the past, has flourished for centuries and connects to our culture now."