"Win or Lose": Review of Numbers Rule: The Vexing Mathematics of Democracy, from Plato to the Present, by George Szpiro. Reviewed by Anthony Gottlieb. New Yorker, 26 July 2010.

The theme of George Szpiro's book is the mathematics of voting schemes, a subject that turns out to be surprisingly complex and subtle. The reviewer uses the book as the starting point for an essay on this theme. He notes that Szpiro is more interested in mathematics than in how voting systems have played out in the real world; the reviewer then tackles this latter topic. The subject is timely, given the electoral uncertainty that ensued in Britain in its parliamentary elections in May 2010. Gottlieb discusses some of main points of the history of voting mathematics, starting with the system suggested in the 18th century by Charles de Borda, in which each voter ranks candidates, instead of voting for only one favorite. The Borda system has merits, but voters can exploit it in strategic ways in order to manipulate elections. Over the centuries, other systems were proposed, and they were all found to be less than ideal. The non-existence of an ideal voting system was established mathematically in the mid-20th century by Kenneth Arrow, who, as Gottlieb puts it, "examined a set of requirements that you'd think any reasonable voting system could satisfy, and proved that nothing can meet them all when there are more than two candidates." He concludes: "Mathematics can suggest what approaches are worth trying, but it can't reveal what will suit a particular place, and best deliver what we want from a democratic voting system: to create a government that feels legitimate to people---to reconcile people to being governed, and give them reason to feel that, win or lose (especially lose), the game is fair." 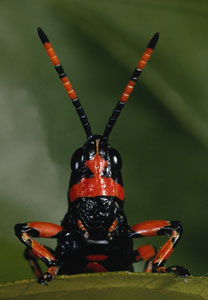 Swarms of locusts are often devastating to crops, so it would be beneficial if humans could predict when and where locusts would swarm. An article published in Physical Review E ("Ergodic directional switching in mobile insect groups," Carlos Escudero, et al) hints at some progress, although nothing like a solution. Co-author Iaian Couzin thinks that actually predicting a swarm's path is impossible, but one result in the research article is that mathematically the changes in direction by locusts are similar to switches in magnetic properties in magnetic particles at high temperatures. Witze quotes Escudero: "It's impossible to know when the next switch will happen. ... Still, we have a bit more understanding on how these perturbations are produced, and we hope that in the long run we can apply this practically." A team in Australia is planning on gluing tiny reflectors to locusts to track individuals and gain insight into locust swarming. Hear more from Couzin in a Mathematical Moment podcast on collective motion, "Getting It Together."

Buchen writes about mathematicians, physicists, and engineers who are trying to help in the fight against cancer--now the leading cause of death in developed countries. Oncologist Mitchell Gross explains why help is needed, "The science behind what we do every day as oncologists is almost 50 years old. ... Patients ask me, 'Why are you giving me six doses of this chemotherapy instead of four or eight?' The reason is, the other thousand patients got six doses of chemotherapy, so we have to give you the same thing." Researchers would like to be able to model tumor growth and metastasis (when tumor cells spread through the lymphatic and circulatory systems). They are using fluid mechanics to simulate blood flow and model deformable cells, but they still need some of the basics, such as how flexible cancer cells are. One team at the University of Southern California's Physical Sciences Oncology Center hopes in five years to have "a single, all-embracing model of mouse lymphoma that fits the data as convincingly, and has as much predictive power, as a theory of gravity or electric fields." The challenge then is to transfer that model to humans. The non-biologists don't claim to be have all the answers, but they hope that by working with biologists, they can help advance the treatment of cancer.

A college student from Northern California is attempting to simultaneously immortalize a part of local slang and contribute to the numerical lexicon: He’s asking the International System of Units (ISU) to officially designate 10 to the 27th power as a “hella.” The idea occurred to UC Davis physics major Austin Sendek when his lab partner told him there were "hella volts" in an electric field they were studying. Programmers at Google were sufficiently amused by Sendek's idea to install the new moniker into the web site’s calculator, but the prospects for adoption by the ISU’s Consultative Committee on Units are less promising. The Committee last made a similar decision in 1991, when it formally established names for 10 to the 21st ("zepta") and 10 to the 24th ("yotta"). A spokesman from the National Institutes of Standards and Technology notes that neither of those terms has been widely used since then and questions whether such labels are necessary as science extends into very very small numbers instead. 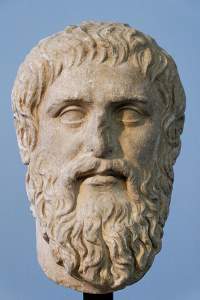 British classics professor Jay Kennedy's novel examination of the works of Plato--counting the number of lines between the philosopher's discussions of music--revealed a specific planned regularity he links to religious persecution in Ancient Greece. Kennedy explains that Plato secretly held the viewpoint of the Pythagoreans, a sect who believed that math and music are the key to the universe and sought to have the gods removed from Mount Olympus and replaced by numbers. The Pythagoreans, as well as Plato's teacher Socrates and other philosophers at the time, were persecuted or banished for threatening traditional religion, and Plato therefore disguised his adherence to Pythagorean principles by encoding the mathematics within his works. Kennedy believes Plato wanted his readers to notice the underlying mathematical pattern, however, and that readers until now have grasped only half of the meaning of his work. He postulates that the musical pattern, when analyzed, may reveal an embedded score or melody.

A little more than three months after the Clay Mathematics Institute (CMI) awarded Grigoriy Perelman the Millennium Prize for his resolution of the Poincaré Conjecture, Perelman has declined the $1 million prize. Writes AP reporter Malcolm Ritter, "James Carlson, institute president, said Perelman's decision was not a complete surprise, since he had declined some previous math prizes." According to Russian news agency Interfax, Perelman felt that the prize was unfair, and that Richard Hamilton [whose work on the theory of Ricci flow was central to Perelman's proof] deserved as much credit as he did. "To put it short," Perelman stated, "the main reason [for declining the prize] is my disagreement with the organized mathematical community. I don’t like their decisions; I consider them unjust." Meanwhile, Carlson says that the fate of the prize money will be decided this fall by officials at CMI, who want to "make the best use possible of the money for the benefit of mathematics."

This story—including brief descriptions of the conjecture and earlier attempts to resolve it, as well as the work that followed the publication of Perelman's papers in 2002 and 2003—was covered widely by the media in the United States, Russia, England, Australia, and India.

In the current issue of American Scientist, Barry Cipra writes about how Congress figures out the number of seats each state receives in the House of Representatives. The process is called apportionment and has caused political squabbles ever since the Constitution created the three branches of government. Thomas Jefferson and John Quincy Adams came up with different methods and locked horns over which to use. Cipra chronicles the different computational methods and which states they've favored throughout the ages. Who knew fractions could be so complicated?

Terrorist attacks, as we know, are not all the same. They range from low-key attacks (like car bombs), which injure only a few people, to tragedies like 9/11. Neil Johnson, a physicist from the University of Miami, wondered if the amount of attacks with a certain number of casualties followed some pattern, like a bell-curve. He had decades of data readily available through the numbers collected about terrorist attacks by the FARC (Revolutionary Armed Forces of Colombia) since the 1960s. When he plotted this data (number of casualties on the x-axis, number of attacks with that many casualties on the y-axis) he was surprised to find that it followed a power-law curve. “An attack that causes 10 deaths is 316 times as likely as one that kills 100" as shown in the collected data. Then Johnson joined forces with physicists Mike Spagat, from London University, and Sean Gourley, from University of Oxford, to study similar insurgencies around the world, and they all seemed to follow a power law curve as well (although slightly different powers were involved). Even though they have found a pattern, it's not one that can be used to predict or prevent future attacks. It only shows that of the attacks that have happened, most killed a small number of people. Another important fact is that these patterns solidify the belief that these insurgent groups have no central command, and operate in a more “splintery” fashion. Some interesting patterns these physicists were looking at had to do with how spaced out and "bursty" the attacks were, and whether there is some way to tie this information to media attention. The results, which were published last year in the journal Nature, have received some attention from the military and counterinsurgency analysts, but many people are wary of a study that only looks at numbers and ignores the psychology and background of the insurgents. See also: "The pattern behind 'random' terrorist attacks," by Kate Julian. The Washington Post, 25 July 2010.

Coates, who begins the article explaining his dissatisfaction (and boredom) with schools when he was a student, writes about School of One, which teaches math to each student individually. It was developed by Joel Rose, a former Teach for America teacher, and it uses computing power to "bring boutique education to a mass public-school audience." School of One is currently a pilot program in three New York City middle schools. At the end of each day, students take diagnostic tests. Data from the tests are sent to the New York Department of Education. Based on the data, the School of One algorithm then creates a lesson plan for each student that is sent to the teachers, who can revise it if necessary. Each classroom has several stations where students may learn at a computer, or be taught by teachers or online tutors. The pilot program has been successful: At one school the percentage of students who performed at grade-level in math increased from 9% to 62%. Coates concludes with a comparison to his education: "I wondered if all I had ever really needed was the equivalent of a warm hug from a cold algorithm."