Brie Finegold summarizes blogs on girls and science and on green mathematics:

"Girls and science: why the gender gap exists and what to do about it," by Emma G. Keller. The Guardian UK--US News Blog, 5 February 2013.

This ambitiously titled blog post opens by highlighting a recent international study that found that on average, teenage girls outperform their male peers in math and science, but not in the United States. The study centers around a test that has been given every three years since 2000 to 15-year-olds in developed nations, most recently in 2009 when teens in over 65 countries took the exam. The test, the Programme for International Student Assessment, is administered by the Organisation for Economic Cooperation and Development and covers mathematics, science, and reading. The test also includes a questionnaire concerning students' attitudes and backgrounds. You can view sample test questions.

The blog post quickly departs from a discussion of the study to give advice on how to help readers' daughters improve their beliefs concerning their abilities. Much of the advice seems overly general or lacking in supporting evidence. For instance, the author encourages parents to bring up mathematics when their girls want to "buy something too expensive." Also, it conforms to stereotypes of girls being more interested in cooking and shopping than in other, more academic, pursuits. A tongue-in-cheek response entitled "Boys and Science: The Gender Gap and How to Maintain It" also appeared in a different Guardian blog. In addition, there was a response entitled "Pseudoscience and Gender-Stereotyping Won't Solve Gender Inequality in Science."

While Emma Keller may be aiming to offer parents some practical advice on ways to encourage their daughters to pursue science and math, the measures she suggests do not seem likely to close the gender gap. Even now that we see ample evidence of strong female role models in science and math, the media often struggle to portray females in science without resorting to tired stereotypes like the ones we saw just a few months ago in the video Science: It's a Girl Thing. Maybe we should focus less on marketing the sciences to women as if they were a product and more on educating the general public concerning the achievements of female scientists who have enriched their fields.

"Prospects for a Green Mathematics," by John Baez and David Tanzer. Azimuth, 15 February 2013.

John Baez, mathematical physicist, and David Tanzer, a computer scientist, invite you to participate in the Azimuth Project, an international collaboration to create a focal point for scientists and engineers interested in saving the planet.

While you may not see your mathematical expertise as being pertinent to solving the world's most pressing problems, the authors provide some interesting examples that may alter your views. For example, leaves may grow according to network optimization, and chemical reactions may be modeled by stochastic Petri nets. Even those who study abstract ideas like quantum field theory may be able to apply their knowledge to networks. There is plenty of new, "green" mathematics to be found in the study of networks and how they apply to biology. Baez and Tanzer seem to truly believe that mathematicians and theorists have something to offer in identifying those tipping points at which our biosphere might drastically change. As 2013 is being called the year of "Mathematics of Planet Earth," this post is apropos. The official start of this special year is on March 5, and you can find the description of this broad project on the website.

Science's news section asked MIT physicist Max Tegmark three questions about his symposium 'Is Beauty Truth?'. In the symposium professor Tegmark made the case for the universe and even reality itself being mathematical structures. "There is no evidence there is anything at all in our universe that is not mathematical," explained Tegmark. He described the mathematical universe hypothesis as a fundamentally optimistic way of looking at reality. If it is right, he said, "the road ahead is open and our future understanding is really only limited by our imagination."

Nearly two decades after Andrew Wiles showed the world his complicated proof for Fermat's Last Theorem, mathematician Colin McLarty presented an alternative, pared-down proof at the 2013 Joint Mathematics Meetings requiring fewer axioms and mathematical leaps of faith. Wiles's proof relied heavily on principles of algebraic geometry, in particular an assumption that allows for building larger and larger sets while avoiding a well-known paradox. Given the simplicity of the theorem, and the fact that modern algebraic geometry was in its infancy when Fermat first penned the theorem for which he claimed he had a "marvelous demonstration" that unfortunately would not fit in the margin of the page, mathematicians have speculated about the existence of a simpler alternative to Wiles's proof, based instead on basic set theory. Enter McLarty, who has now shown that the theorem can be proven using only the basic axioms of mathematics.

Edward Frenkel writes about a cunning, behind-the-scenes political plan to raise taxes and slash social benefits, and how the public's mathematical knowledge is the only way to stop sneaky politicians from fixing the numbers. Taxes, Social Security and Medicare are all pegged to the Consumer Price Index (CPI) as a measure of inflation. A proposal to change how this cost-of-living index is calculated was included in the fiscal cliff deal reached by the White House and Congress late last year until the very last moment. This change would have raised taxes and cut social benefits with just a little tinkering with a mathematical formula. He then brings forward the importance of the general public possessing the mathematical knowledge needed to protect the citizen from arbitrary decisions by the powerful few in the increasingly math-driven world.

The first is about the National Medal of Science winners who were honored at a White House ceremony in early February. Among the winners were Barry Mazur (Harvard University) and Solomon Golomb (USC). As Notices Senior Writer and Math Digest contributor Allyn Jackson wrote in an AMS news item, Mazur "made important contributions early on to topology and has been an influential figure more recently in number theory and arithmetic algebraic geometry. Golomb has made significant contributions in mathematics and engineering, especially in coding theory."Photos: Barry Mazur (left) by Jim Harrison, Solomon Golomb (right) by Noe Montes/USC. 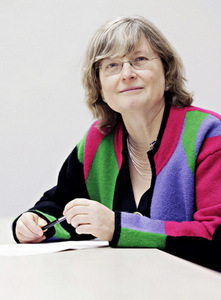 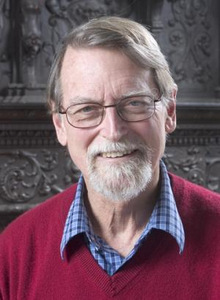 The second article is about the 400,000-Euro Frontiers of Knowledge Award, which is made by the BBVA Foundation in Madrid. Two of the six awardees were Ingrid Daubechies (Duke University) and David Mumford (Brown University), pictured above, who shared the award for their work in data compression and pattern recognition. Read more about Daubechies and Mumford and link to more information about the award. Photos: Ingrid Daubechies, Duke Photography; David Mumford, Brown University.

"Hard to Put Red-Light Violations Under a Lens," by Carl Bialik. The Wall Street Journal, 1 February 2013. 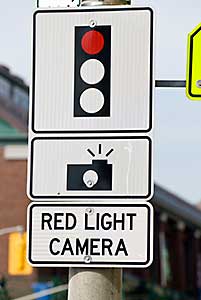 The Wall Street Journal's Numbers Guy looks into the statistics of whether cameras at red lights improve traffic safety. These cameras record motorists who run red lights and who are consequently fined. The cameras can be found in over 500 U.S. urban areas and are intended to deter drivers from rushing through intersections after the light has just turned red and thus preventing dangerous crashes. But depending on how you do the numbers, the effect of these cameras on traffic safety varies. Some cities have found that crashes increased at intersections where cameras were installed. For example, including rear-end hits in the statistics, can mean that setting up cameras at an intersection increases the total number of accidents since drivers are more likely to slam on the brakes when they notice the cameras or see warning sings. Determining whether the pros outweigh the cons can be tricky for city administrators, but many researchers find that if the number of severe crashes declines overall, the increase in minor collisions is worthwhile.