The math of deploying snowplows and salt trucks, by Annette Emerson 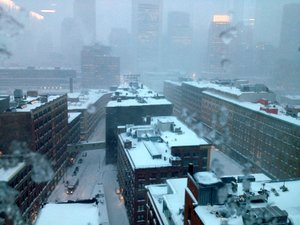 "Clearing all that snow as quickly and cheaply as possible requires choosing the most efficient routes, one with no back-tracking or scenic routes. And how do you do that?" Math, writes Marcus Woo in Wired. Math that's also used to most efficiently deliver mail and pick up trash for city residents. In the 18th century mathematician Leonhard Euler proved that one could find a route across all the bridges connecting islands in Königsberg just once without doubling back, but his solution required that every intersection consist of an even number of roads. That sure doesn't apply to Boston, where many roads end in a "T" or suddenly turn one-way. So how to most efficiently plow the over 100" of snow in the city? "In 1962, Chinese mathematician Mei-Ko Kwan introduced the problem in the general case with both even and odd intersections. He called it the postman problem, and proposed a solution." But there are further complications: priority is given to major arteries, there are multiple snowplows and salt trucks at work, and, cities want to avoid having to pay overtime wages to the drivers. "But you don't need the perfect solution—just one that gets the job done," concludes Woo. "So engineers can break the problem down, for example, by dividing a network of streets into smaller networks that they can tackle individually (using the postman algorithm, for example)."  The city of Toronto uses ArcGIS software that incorporates all the variables and "automatically spits out an optimized route," which has saved some money. The Boston Mayor's Office of New Urban Mechanics is using math, algorithms and software to find the best way to clear the streets of this season's record-breaking snow—with inconsistent success. 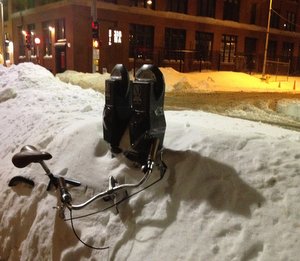 See "The Mathematics Behind Getting All That Damned Snow Off Your Street," by Marcus Woo. Wired, 23 February 2015. For a statistical analysis of the likelihood of Boston's snow total, read "Boston’s astounding month of snow a 1-in-26,315 year occurrence," by Eric Holthaus. The Washington Post, 25 February 2015.

Now if only there were a mathematical solution to getting sidewalks cleared; the solution will most likely be spring.

On math genealogy, by Mike Breen

Peter Lynch, retired from University College, Dublin, writes about the Mathematics Genealogy Project, where people can see when and where someone got their PhD along with his or her advisor and PhD students. The latter information is linked, which makes it possible to trace mathematicians' lineages. As an example, Lynch traced Grigori Perelman's mathematical ancestors through Markov, Chebyshev, and Lobachevsky all the way back to the beginning of the 14th century. Lynch notes that one in three mathematicians' academic family trees includes Newton, Euler, or Gauss.

On Cédric Villani, by Claudia Clark 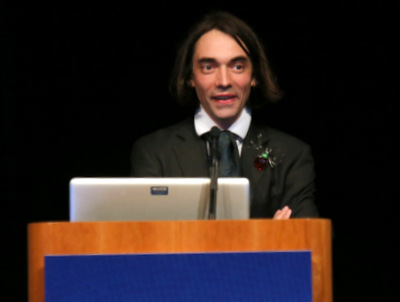 In this article, writer and speaker Alex Bellos writes at length about mathematician Cédric Villani (left), director of the Institut Henri Poincaré. Villani is a 2010 Fields Medal winner for his work with the Boltzmann equation, a partial differential equation that “describes how a gas disseminates by considering the likelihood of any of its molecules being in any particular spot, with a particular speed, at a particular time.” However, this is not an article for mathematicians only: much of this article is an accessible introduction to some of the concepts and people instrumental in the development of calculus. For example, Bellos describes the method by which Archimedes calculated the area bounded by a line and a parabola, noting that “Archimedes was the earliest thinker to develop the apparatus of an infinite series with a finite limit.” Bellos also shows how the infinitesimal can be used to find the gradient of a tangent, or to calculate instantaneous speeds, in discussing the work of Isaac Newton. Bellos wraps up his article with a discussion of the importance of the Boltzmann equation and why Villani is interested in it: “Often in PDEs,” says Villani, “you have tension between various terms. The Boltzmann equation is the perfect case study because the terms represent completely different phenomena and also live in completely different mathematical worlds.” Photo: Sandy Huffaker.

See "Seduced by calculus," by Alex Bellos. Cosmos, 16 February 2015. See also "Cédric Villani: 'Mathematics is about progress and adventure and emotion'," by Carole Cadwalladr, which ran in The Guardian on 1 March.

On the old new math, by Lisa DeKeukelaere

History professor Christopher Phillips argues that trends in mathematics education are closely tied to political context, and that the current controversy over the Common Core curriculum is not a new phenomenon but part of a classic tug-of-war between conservative academia and reformers. Harkening back to the 1960s, he draws parallels between that era’s “new math” and the current Common Core as efforts to focus on concepts and problem-solving in a time of American insecurity about its place in the world. In the 50 years in between, however, the pendulum swung back toward the conservatives amid growing concern--some, he argues, unfair--that students were not sufficiently learning the basic principles. Phillips notes that although many recall new math as a reformer-led failure, in reality new math was effective at the high school level, and he opines that this misperception bodes poorly for society’s ability to understand future curriculum reform.

On the status of programs to increase the number of math and science teachers, by Mike Breen

This article is about programs, especially the National Science Foundation's Noyce Teacher Scholarship Program, that recruit math and science teachers. The Noyce program, for example, places people with science and math degrees into high-need schools. The programs are sponsoring many teachers, but aren't acheiving goals such as improving achievement levels in the schools. As a result, some organizations have stopped sponsoring new teachers and are looking at other ways to improve education. John Ewing, president of Math for America (MfA) and former executive director of the AMS, explains why MfA stopped funding its program for new teachers and is instead now sponsoring master teachers. It's not that the new teachers weren't doing well, "But training 30 or 40 a year was a blip on the national landscape. Now we're bringing in 250 master teachers and we plan to grow to 1000. We think it's the missing ingredient in trying to improve the quality of teachers in the country."

On math and structure, by Claudia Clark 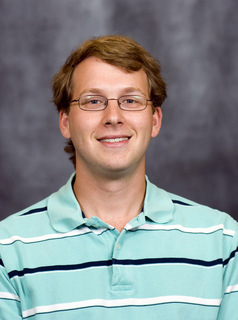 This article is an interview with mathematician Dr. Adam Weyhaupt, an associate professor of mathematics at Southern Illinois University Edwardsville. Weyhaupt began by providing an example that contradicts the common misconception that mathematics is about numbers: rather, it is about “the structure of objects,” writes Hansen. Weyhaupt then spoke about his area of interest--minimal surfaces--and described how “knowing the theory and being able to predict how far [minimal surfaces] can stretch and their strength can tell us how we can use the minimal surfaces [or walls] of cells as building blocks, for example, in reconstructive surgery.” Weyhaupt also described the importance, when teaching mathematics, of helping students develop both good technical and good conceptual skills. “It is important for students to be able to do both,” he said. “The more advanced one becomes in math, the less clear it becomes what to do to solve a problem.” Weyhaupt concludes that “everyone should study math…It’s a very useful discipline. All of the sciences are grounded in mathematics.” And math is widely used outside of the sciences, as well: it “helps artists depict shapes and forms, musicians compose and interpret music, humanities scholars analyze texts and social scientists discover patterns of behavior,” Hansen writes. Photo: Mr. Bill Brinson, SIUE Photographer.

On the math drive, by Allyn Jackson

The author of this article, Manya Raman Sundström, is in the Department of Science and Mathematics Education at Umea University in Sweden. She does research on the teaching and learning of proofs and investigates the aesthetic dimension of mathematics. She wonders why mathematicians are so completely captivated by their subject. "Could there be some sort of drive, similar to the sex drive?", she asks. "In other words, something that we could call a 'maths drive' that urges us to find new mathematical explanations and truths?" There is, Sundström argues. She believes the drive is a reaction to the beauty of mathematics and the satisfaction people get from understanding it. Her research shows that the proofs that mathematicians find beautiful are those that give the most immediate sense of why a statement is true. For this reason, she notes, when mathematics teaching emphasizes procedures and ignores the basic nature of the subject, students lose out. "Teaching maths solely in terms of procedures such as practising sums is like teaching music through practising scales without ever exposing children to Beethoven," she writes.

"The maths drive is like the sex drive," by Manya Raman Sundström. New Scientist, 3 February 2015.