On a new way of thinking, by Allyn Jackson

"You simply cannot grasp causal relationships with statistical language," this article quotes Judea Pearl as saying. Pearl, a computer scientist and philosopher at the University of California, Los Angeles, has pioneered new ways of modeling cause-and-effect relationships in data. Scientists today routinely grapple with huge data sets, trying to uncover cause-and-effect relationships. These relationships can be difficult to tease out and are often masked by spurious relationships that are due to data anomalies. Pearl has developed a way to represent in mathematical terms causal statements such as "the crowing rooster caused the sun to rise", so that the statements can be programmed into a computer. Then, instead of poring over data looking for hints of cause-and-effect relationships, one can program a computer to model such relationships and check to see if they are fulfilled in every instance in the data. This can be an enormous calculation, but according to Pearl, "It gives you mathematical guarantees." The technique has seen success in various applications in biology and medicine, and extensions of it are being fruitfully explored for use in mathematical logic and in quantum physics.

On a betting group's play of the Massachusetts Lottery, by Rachel Crowell 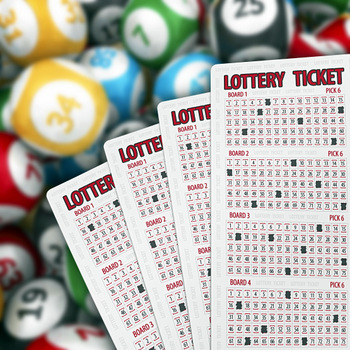 With lottery games, when no one has the winning numbers for a particular drawing, the money is rolled over to the next drawing. This rollover continues until someone wins the jackpot. This approach to lottery management benefits jackpot winners, as the amount of money they win is larger than it would be otherwise. However, over time it can hurt ticket sales. When long periods of time have passed with no one winning the jackpot, some people begin to lose faith that a lottery game can be won. In 2004, the Massachusetts Lottery introduced a game called Cash WinFall, This game had a different rule: in the event that the \$2 million cap was reached at a drawing when no one had the winning ticket, rather than rolling the money over to the next drawing, the money was "rolled-down." That is, the money would be distributed among players who had some of the correct numbers.

In 2005, Jason Harvey was a mathematics student at MIT.  After a search for a school project topic piqued his interest in the lottery, he organized a betting group of MIT students that exploited the WinFall's roll-down feature. When the jackpot got close to the roll-down target, the group bought many tickets, which helped in the lottery reaching the \$2 million cap and gave the group a good chance of having some of the correct numbers. The group was successful and in 2010 Harvey and another team member transformed it into an incorporated business called Random Strategies Investments, LLC. That year, using their knowledge of probability and payoffs, as well as awareness of advantage in the WinFall game, players at Random Strategies Investments, LLC made about \$700,000 at one drawing. A few months later, The Boston Globe publicized information about the loophole in the game. Over time, WinFall was phased out and eventually cancelled, but betting syndication lives on in other gambling arenas.

See "How a Group of MIT Students Gamed the Massachusetts State Lottery," by Adam Kucharski. The Atlantic, 23 February 2016.

On a mathematical model of locust swarms, by Rachel Crowell

When locusts swarm, they can decimate farmers’ crops in minutes. With the time and money that farmers invest in cultivating crops that can only grow in certain seasons, when locusts are present, this spells trouble for farmers. Tackling swarms of locusts is particularly challenging for farmers in developing countries. This includes Argentina, a country that is grappling with the worst locust plague in over fifty years. Insecticides--currently the most effective means of controlling plagues of locusts--are not widely available in many parts of South America, Africa, and Asia.

Researchers in England have invoked the power of mathematical models in their search for non-insecticide solutions to locust plagues. After watching videos of variable amounts of locusts interacting in a controlled area, they pinpointed behavioral patterns in the groups of insects.

Christian Bates, mathematical biologist at the University of Bath, told Voice of America, “While swarming, locusts usually move in the same direction as their immediate neighbors, but then spontaneously switch direction together as a group." If one locust is traveling in, say, a counterclockwise direction, as few as two additional locusts traveling in a clockwise direction can cause the first locust to change its direction of travel. From this discovery, researchers deduced that uncertainty causes behavioral changes in locusts. Bates says that non-insecticide solutions to locust swarms may include the use of aircraft or ultrasonic devices to discourage locusts from swarming.

According to this article, between 2000 and 2015, Colombia sprayed glyphosate--a toxic herbicide that affects people, crops and the environment--on fields of illegal coca. The aerial spraying was an antidrug effort supported by the U.S. government. Political strife occurred between Colombia and Ecuador over the spraying in 2008. That year, Ecuador alleged that Columbia disrespected a 2005 agreement between the two countries to avoid spraying within 10 kilometers of the Colombia-Ecuador border. However, another explanation for the presence of glyphosate in the no-spray zone was that it drifted there from other areas. 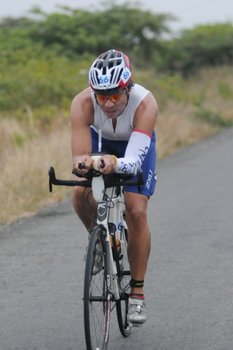 Around that time, Ecuadorian Hermann Mena, a graduate of Ecuador’s first Ph.D. program in mathematics--at the National Polytechnic School (EPN) in Quito--came back to Ecuador from a postdoc at Chemnitz University of Technology. Mena returned to his home country as an associate professor at EPN.

As a child, Mena was punished by being forced to stand in front of his class and say that he was, "no good at math." As an adult, he was determined to use a field of mathematics called optimal control to solve the Colombia-Ecuador glyphosate spraying dispute. Mena was awarded government funding to research the issue, part of which he used to build a computational cluster at EPN. He was able to develop a mathematical model and numerical simulations of the situation. However, unknowns and border control issues left Mena unable to confirm or deny the claim that Colombian planes failed to respect the agreement. In 2013, Ecuador and Colombia settled on the glyphosate issue. Colombia ceased the aerial glyphosate spraying in May 2015.

Since 2013, Mena has been an assistant professor at the University of Innsbruck in Austria, where he focuses on optimal control problems. One project he's working on is a model of El Niño, a phenomenon which causes costly damage in Ecuador. To young people in developing countries who dream of becoming mathematicians, Mena says, "[T]here is no good reason to give up." He adds, "In math, you don't need a laboratory. A computer and a few books are enough." (Photo courtesy Hermann Mena.)

See "A mathematician finds his way through adversity," by Michele Catanzaro, Science, 2 February 2016.

On a Museum of Mathematics exhibit about Truchet tiles, by Samantha Faria

Try as they might, children visiting the Museum of Mathematics (MoMath) will never succeed at getting the two beavers to crash in to each other in the new Beaver Run exhibit. Visitors twist knobs to control the pivot action of the tracks as the model animals race around in an effort to make them collide. MoMath founder and president, Glen Whitney, says: “Though I have complete power to reconfigure these tracks, [and] make the beavers go wherever I want them to--nevertheless, I will never be able to make the beavers meet each other." Based on Truchet tiles, the tracks, mounted on tiles, can be rotated to produce 18 small circles or even one large loop. "We want to get people curious about why the beavers are not meeting and hopefully get a glimpse into the reason why mathematicians are interested in doing proofs and the power those proofs provide," Mr. Whitney said.