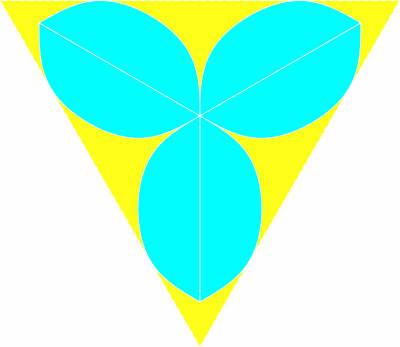 Gifts of certain shapes can be a challenge to wrap. This article discusses the work of four scientists who determined the best way to wrap spherical objects, aside from placing them in a box first. The scientists looked for answers to the question of the best way to wrap spherical objects by studying how foil wrappers fit around a type of chocolate called Mozartkugel. Erik Demaine, a computer scientist at MIT, is one of the researchers. He told article author Sophie Bushwick that Mozartkugel is "the first perfectly spherical chocolate. It’s concentric spheres of various yummy things, like nougat, marzipan, and chocolate." The other three researchers are Martin Demaine (Erik Demaine’s father), John Iacono, and Stefan Langerman. Martin Demaine is a visiting scientist (in the Computer Science and Artificial Intelligence Lab), artist-in-residence and technical instructor at MIT. Iacono is a computer scientist at NYU, and Langerman is a research director in the Department of Computer Science at the University of Brussels. The researchers studied how two versions of Mozartkugel were wrapped: the first, a hand-made product by the inventor of the treat, Paul Fürst; the second, an industrial product made by Mirabell.

The team deduced that Fürst wraps his Mozartkugel in a square piece of foil. To wrap a sphere using this method, you need a piece of foil that has a diagonal length equal to the sphere’s circumference. Place one pole of the sphere in the center of the foil. Wrap the square's corners around the sphere. They should meet at the opposite pole of the sphere. The last step is to crinkle the edges of the foil. For the other method, the Mirabell method, you’ll need a rectangular piece of foil with two properties: a length that’s equal to that of the sphere's circumference and a height that’s equal to half of that length. Wrap the long side of this foil around the equator of your spherical object. Now crinkle the top and bottom parts of your foil so the rest of your object is covered.

The researchers devised a new method that reduces the amount of foil you'll need to use to wrap your object. Create a foil triangle. (An example of such a triangle is pictured. The places where there is direct contact between the foil and sphere are shown in bluish green.) Place your spherical object in the center. Wrap each corner of the foil around the object. The corner should go just past the opposite side of the pole to the one it was on originally.

Erik Demaine said the researchers think the paper about their work is "the first paper on computational confectionary." He also said "We hope there will be more." (Image: courtesy of Erik Demaine.)

See "Here's how to wrap a spherical gift, according to scientists," by Sophie Bushwick. Popular Science, 23 December 2016.

On the 2016 Breakthrough Awards, by Claudia Clark

On December 4, a remarkable assembly of scientists and mathematicians, Hollywood actors, award-winning singers, and technology giants came together at NASA's Ames Research Center in California's Silicon Valley for the awarding of the 2017 Breakthrough Prizes to researchers in the fields of life sciences, mathematics, and fundamental physics. Mathematician Jean Bourgain of Princeton University received the Breakthrough Prize in Mathematics "for contributions to analysis, combinatorics, partial differential equations, high-dimensional geometry and number theory." The Breakthrough Prizes were created four years ago by Russian billionaire Yuri Milner, Facebook founder Mark Zuckerberg, 23andme founder Anne Wojcicki, and Google co-founder Sergey Brin. Altogether, seven Breakthrough Prizes for scientific accomplishment were awarded this year, along with a Special Breakthrough Prize in Fundamental Physics, each worth $3 million. In addition, two Breakthrough Junior Challenge prizes, worth up to $400,000 each, were awarded.

On the Science Museum of London's new math gallery, by Rachel Crowell 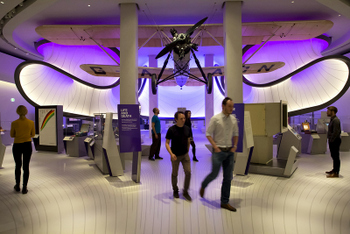 On December 8 the Science Museum of London opened a new math gallery called "Mathematics: The Winton Gallery." The gallery was designed by the same firm that's behind the London Olympics Aquatics Centre---Zaha Hadid Architects. It includes more than 100 objects over a time span of 400 years. The lead curator of the gallery is Dr. David Rooney. The gallery was created with the aim of helping people become less fearful and more excited about math. Article author Josie Gurney-Read wrote that the gallery "will explain why maths is at the heart of everything we care about."

In recent years, officials have been working to boost the UK's performance in math on international assessments and other measures. Rooney thinks the new gallery will support this mission. He told Gurney-Read that "Museums are profoundly important in the learning landscape...The maths gallery shows that you could work anywhere with a maths education---aerospace, finance, architecture, engineering."

The focal point of the gallery is a 1929 experimental airplane that was built to compete in the Safe Aircraft Competition sponsored by Daniel Guggenheim. Bidisha Sinha, a senior associate at Zaha Hadid Architects, was involved with creating the gallery. She told Gurney-Read: "The entire gallery is a consequence of the movements that might have happened around the plane, almost like a graphical representation of the air flow…" The gallery also includes Charles Babbage’s Analytical Engine, which Rooney described as "a 19th-century computer" and the Monetary National Income Analogue Computer (MONIAC). The MONIAC was built in 1952 by New Zealand economist Bill Phillips. The machine was used to teach undergraduate students and it "used water to show the flow of money," according to Rooney. He said that a touchscreen simulation is in the works, which would give people a chance to try operating the MONIAC.

See "A space where mathematical ideas burst into life," by Josie Gurney-Read. The Telegraph, 3 December 2016.