These stories about mathematics and mathematicians made an impression on the mathematics community and the general public due to their coverage by media outlets, and their human interest.

2018 Fields Medals, and the Theft of One 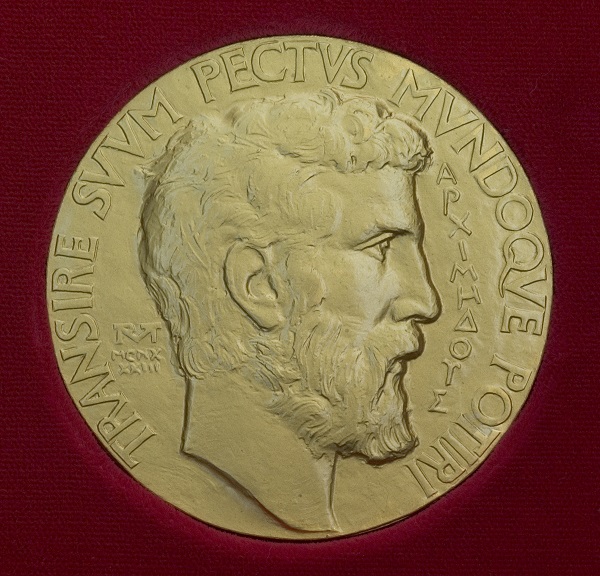 The 2018 Fields Medals were awarded at the International Congress of Mathematicians (ICM 2018) in Rio de Janeiro, Brazil, to Caucher Birkar, University of Cambridge, for "his proof of the boundedness of Fano varieties and for contributions to the minimal model program"; Alessio Figalli, ETH Zürich, for "his contributions to the theory of optimal transport and its applications in partial differential equations, metric geometry, and probability"; Peter Scholze, University of Bonn and the Max Planck Institute for Mathematics, for "transforming arithmetic algebraic geometry over p-adic fields through his introduction of perfectoid spaces, with application to Galois representations, and for the development of new cohomology theories"; and Akshay Venkatesh, Stanford University and the Institute for Advanced Study, for "his synthesis of analytic number theory, homogeneous dynamics, topology, and representation theory." Media worldwide, including The New York Times, Quanta Magazine, Science, Nature, Scientific American, ABC Australia, and NDTV India, covered the awards, as did many other publications when Birkar's medal was stolen just a few minutes after the ceremony. (He later received a replacement.) 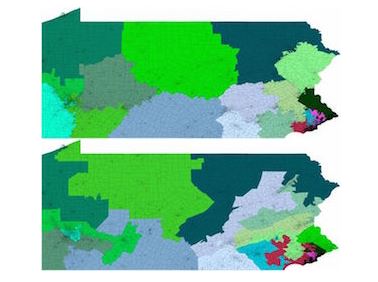 Of course the 2018 midterm elections in the U.S. were a reminder of the consequences and mathematics of gerrymandering.

See on Math in the Media: "Geometry vs. Gerrymandering": Claudia Clark's Take. On AMS blogs: "The Supreme Court has decided on gerrymandering, what does it mean for the math & stats community?," by Karen Saxe, and "Not Those Midterms," by Anna Haensch.

Who Wrote The Beatles' Songs?

See Tony Phillips' Take, "Math and the Beatles" (on coverage in CBC News, The Telegraph, and Smithsonian) and Who wrote The Beatles songs? (coverage in Business Insider and on National Public Radio (NPR) and A.V. Club). Spoiler alert: "When you do the math by counting the little bits that are unique to the people, the probability that McCartney wrote [“In My Life”] was .018," mathematician Keith Devlin tells NPR. So, despite their hazy recollections of those mid-'60s recording sessions, the math points to John Lennon being the song's sole author." 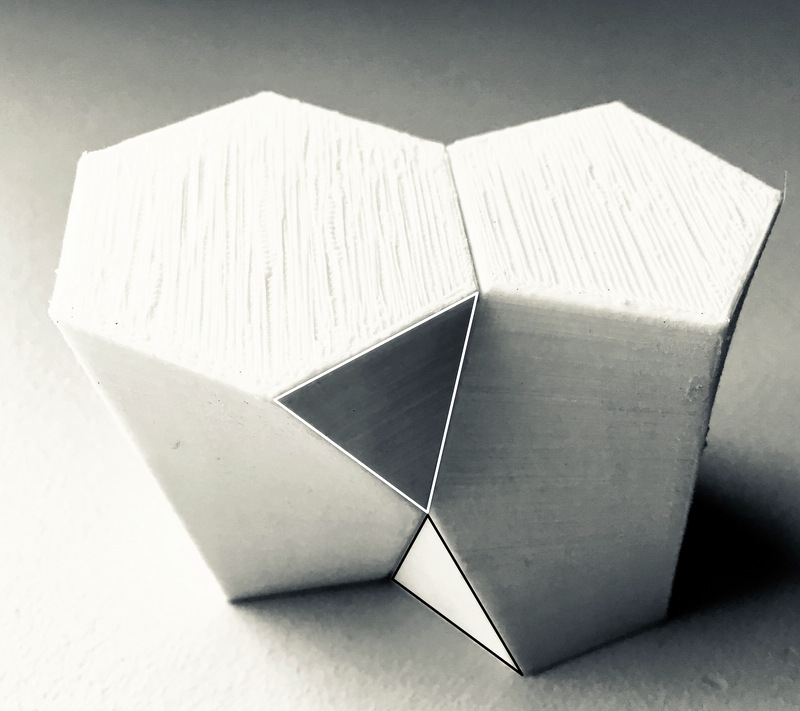 The discovery of a new shape called the scutoid was announced by researchers in a Nature Communications paper. Several media outlets wrote about the scutoid, including New Scientist, The New Yorker, Smithsonian Magazine, and others. (Image courtesy of Javier Buceta.)

We've all seen the special occasion Google Doodles pop up on a search screen. This was a good year for doodles celebrating mathematicians--Carl Friedrich Gauss, legendary German mathematician, on the occasion of his 241st birthday, and Mary G. Ross, mathematician and first Native American woman engineer.

Gauss on April 30 got the attention of Forbes, Time, the Daily Mail, and the Beyond Reviews: Inside MathSciNet blog ("Happy birthday, Carl Friedrich Gauß"). Ross on August 9 got the attention of Newsweek, Time, and The Independent. (See the links as Google doesn't allow its doodle images to appear on other sites.) 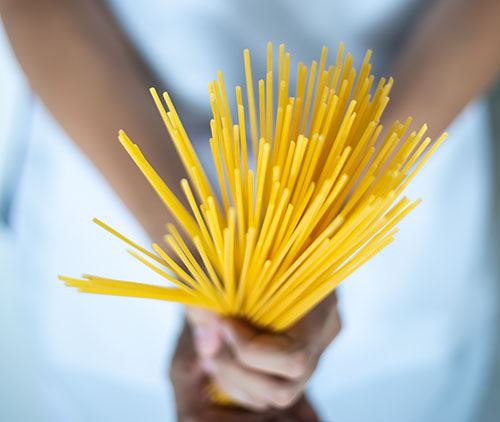 Many cooks (and scientists, it turns out) have pondered why it is that when you try to snap a strand of dry spaghetti in two by holding the ends and bending it until it breaks, it always breaks into three or more pieces. Well, it turns out you can break it into two pieces--with a twist.

Read Tony Phillips' Take on "That's the way the spaghetti snaps," the research published in Proceedings of the National Academy of Sciences, followed by coverage in the Daily Mail and Washington Post.

The largest known prime number--found in January 2018--has over 23 million digits--one million digits more than the previous record holder!

In "New prime number discovered," find links to coverage in New Scientist, Smithsonian Magazine, Slate, and Science News. "Though prime numbers are used in many forms of cryptography--the mathematics that keeps the internet secure--the latest discovery will be of no immediate practical use," wrote Timothy Revell in New Scientist, but that doesn't stop the fascination of mathematicians worldwide. 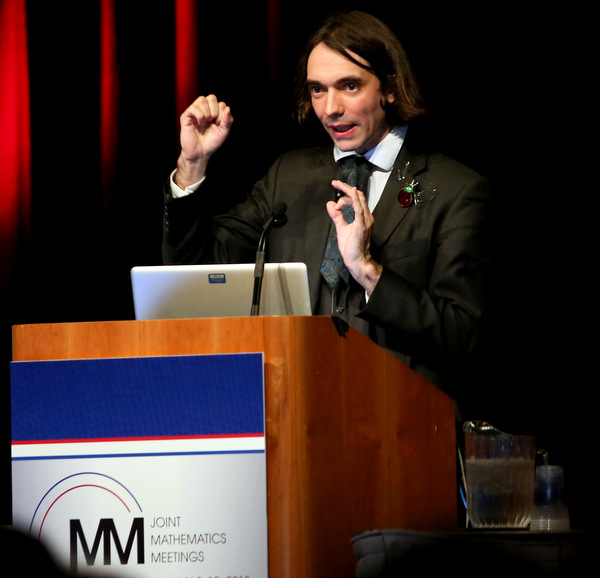 Mathematician and 2010 Fields Medalist Cédric Villani has been a member of the French Parliament since 2017. He has been vocal, and covered by the French media. (Photo of Villani at JMM 2013 by Sandy Huffaker.)

See Tony Phillips' Take, "French math education: Villani to the rescue," and Rachel Crowell's take on "The politician who counts: Cédric Villani on discovering a flair for public office," on Math in the Media.

See on Math in the Media: Mathematician Talithia Williams co-hosted NOVA Wonders on PBS; Former NASA mathematician Katherine Johnson was honored on her 100th birthday; Maria Gaetana Agnesi, author of a calculus textbook published in 1748, was recognized on the occasion of her 300th birthday and was subject of a biography; Ada Lovelace was recognized as the first computer programmer; and Gladys West, pioneering GPS developer, was profiled. 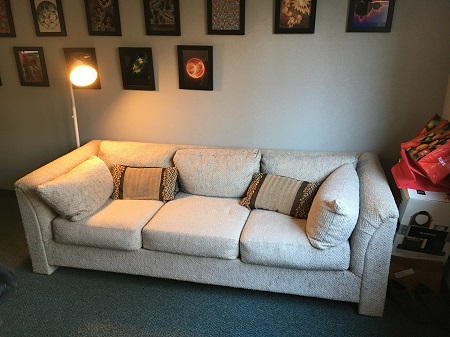 August was the opportune time to show college students and others the math behind moving a couch into a dorm or apartment: "pivot and tilt!"

See on Math in the Media: The Math of Couch-Moving, with links to pieces in The Washington Post, Mirror, and House Beautiful.

Mathematics in the Frontiers of Medicine

Mathematical scientists are on research teams that explore causes and cures.

See on Math in the Media: Using math to fight cancer and On using mathematics to explain how vaccinations thwart epidemics, by Rachel Crowell, and Math used to model how microbes interact.

Each year Pi Day (3-14) attracts media attention, with stories and radio segments on its history, puzzles, celebrations, games (think hula hoops and yo-yos), and of course, baking (pies of course).

See the round-up of of this year's media coverage on Math in the Media.

We also acknowledge some of the opinion pieces and letters to the editor that appeared in 2018: "Here's how to help your kids and yourself think differently about math," by Glenn Normore, CBC, September 16, 2018; "Make Your Daughter Practice Math. She'll Thank You Later." by Barbara Oakley, The New York Times, August 7, 2018; "Roman numerals, so prominent this week, have their place--in the past," by Rafe Jones, Minneapolis Star Tribune, January 30, 2018; and "Vote auditing can insure integrity of elections," by Audrey Malagon, The Virginia Pilot, Jan 21, 2018.

See also: Numberphile (popular videos on YouTube); "What's Going on in this Graph?" (graphs, maps, and charts--and an invitation to students to discuss them live--The New York Times); Global Math Week, Year Two; Alex Bellos's Monday Puzzles in  the science section of The Guardian), and My Favorite Theorem (interviews with mathematicians conducted by Evelyn Lamb and Kevin Knudson).

Mathematics made Discover Magazine's Top Stories in 2018 list. See "Mathematical collaborations yield breakthroughs," by Stephen Ornes (Discover, January/February 2019), which includes a Q&A with Christopher Hacon, co-author of a paper with 2018 Fields Medalist Caucher Birkar, and recipient of a 2018 Breakthrough Prize in Mathematics. The "Further Afield" sidebar covers one story of researchers who concluded that honeybees and other animals grasp the concept of zero, and another on the newly-identified scutoid shape "that emerges when the cells of biological tissue are packed closely together."

See Top Math Stories in the Media - 2017, and see AMS Math in the Media, your central source for news of mathematics and mathematicians, Tony Phillips' Take, links to reviews of math books, plays, films, and television, and summaries by past AMS-AAAS Media Fellows and the AMS Public Awareness Office. Also, follow @amermathsoc on Twitter for ongoing sharing of news.