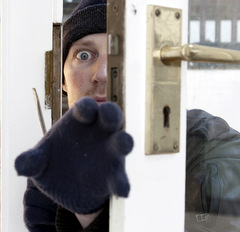 No one can predict who will commit a crime but in some cities math is helping detect areas where crimes have the greatest chance of occurring. Police then increase patrols in these "hot spots" in order to prevent crime. This innovative practice, called predictive policing, is based on large amounts of data collected from previous crimes, but it involves more than just maps and push pins. Predictive policing identifies hot spots by using algorithms similar to those used to predict aftershocks after major earthquakes. Just as aftershocks are more likely near a recent earthquake’s epicenter, so too are crimes, as criminals do indeed return to, or very close to, the scene of a crime.

Cities employing this approach have seen crime rates drop and studies are underway to measure predictive policing’s part in that drop. One fact that has been determined concerns the nature of hot spots. Researchers using partial differential equations and bifurcation theory have discovered two types of hot spots, which respond quite differently to increased patrols. One type will shift to another area of the city while the other will disappear entirely. Unfortunately the two appear the same on the surface, so mathematicians and others are working to help police find ways to differentiate between the two so as to best allocate their resources.