Joan Hutchinson Gives the 2011 Arnold Ross Lecture, Followed by Who Wants to Be a Mathematician

"Thank you so much for doing all this as well! What fun! I know that Jacob just LOVES math competitions, so he was in 7th heaven."

The Arnold Ross Lecture and Who Wants to Be a Mathematician traveled to the Science Museum of Minnesota in St. Paul on October 13 for an engaging day of mathematics. A summary of the lecture by Joan Hutchinson (below, right) and of the contest, as well as videos of the contest follow.

Eric Jolly, president of the Science Museum of Minnesota, welcomed the 100 students and teachers to the museum and lecture, saying that he was delighted to see so many students who are interested in math and science because their knowledge of these subjects is an "assurance for our future." Referring to the analytical skills that those subjects require, Jolly paraphrased a slogan he once saw in China: "With knowledge of chemistry, physics, and mathematics, you can stand anywhere without fear."

In the introduction of Joan Hutchinson, Lawrence Gray, University of Minnesota, said that he was immediately taken by Hutchinson's work when he read the first line of her article "Coloring Ordinary Maps, Maps of Empires, and Maps of the Moon," (Mathematics Magazine, vol. 66 (1993), pp. 211-226)--"The following statement is untrue." (Hutchinson won the MAA's 1994 Allendoerfer Award for the article). Gray also told the students that, contrary to what they might think, doing mathematics is not a solitary activity.

Hutchinson began her lecture by saluting the teaches in attendance and high school teachers in general. She then took the audience on a tour of chromatic graph theory, the study of the use of color to illustrate and deduce properties of graphs. Each student was given a worksheet and a colored pen, but only one pen, which meant that they had to think of ways of representing color besides using color. 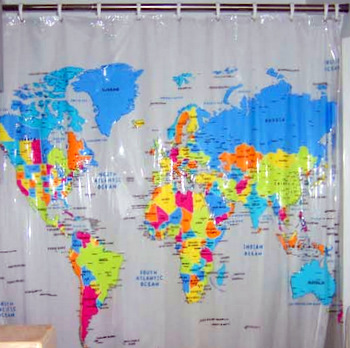 The most famous problem in graph coloring is the Four-Color Problem: Given a map, are four colors sufficient to color the map so that regions that share boundaries have different colors? This problem has a long history and was finally proved in the late 1970s by Appel and Haken. Hutchinson explained how to represent maps as graphs and how graphs can be placed on geometric figures other than planes, such as a torus. She then showed how graphs are used to solve other problems such as the Art Gallery Problem (and related it to structures in Minnesota), and spoke about the existence of different sizes of Graeco-Latin Squares. 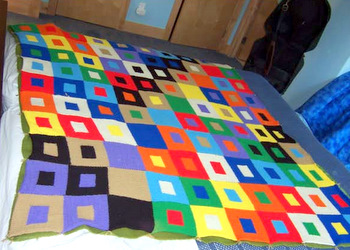 She concluded her lecture by explaining some open problems in chromatic graph theory. Although few, if any, of the students in the audience knew of this topic before the lecture, they all were engaged by Hutchinson's presentation and got a chance to think about new mathematical ideas and questions.

Following a refreshment break (during which students solved the "How do I get to the front of the cookie line?" problem), eight of the students played Who Wants to Be a Mathematician. 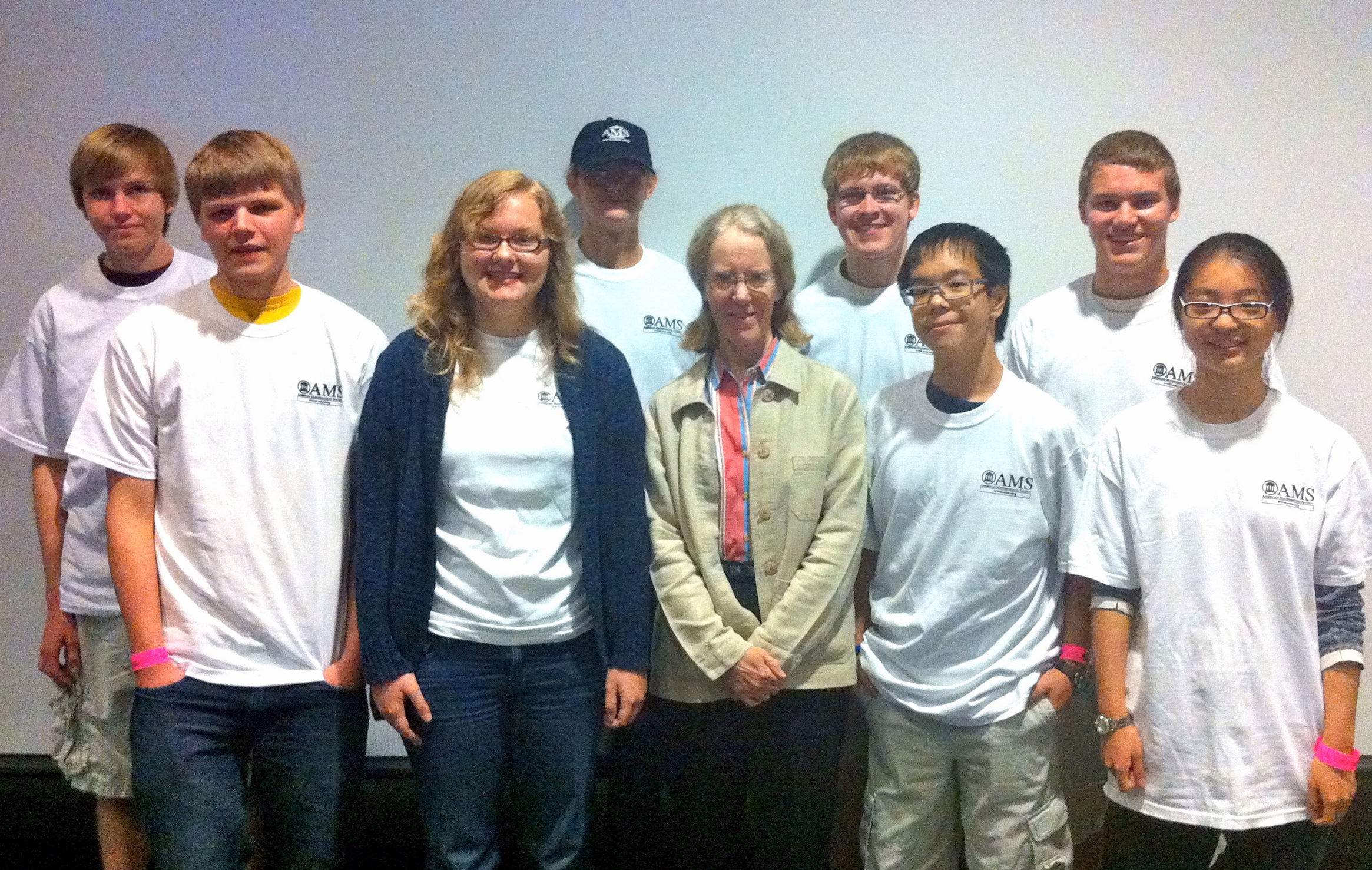 Jacob Kautzky and Jesse Loi were tied for much of game one, but Jacob answered the last two questions correctly to win the game. Kirsten Wiard-Bauer also answered the last question correctly, which vaulted her into second place. Game two was a bit of a see-saw battle between Jacob Neis and Matt Johnson. Only 700 points separated the four contestants at the end of this game. Matt won by getting the last question correct, which made his enthusiastic and supportive rooting section (below, left) very happy.


Jacob and Matt, who by virtue of winning had earned US$500 from the AMS and the new TI-Nspire CX from Texas Instruments, then squared off on one question for another $500 and a chance at the $2000 bonus question. Jacob won the Square-Off but unfortunately did not answer the bonus question correctly. Still, he did win $1000 to go along with the calculator.

The AMS thanks sponsors Texas Instruments, Maplesoft, and John Wiley and Sons for their continued generous support of Who Wants to Be a Mathematician. Thanks also to the Science Museum of Minnesota for hosting the event--especially to Sylvia Crannell and J. Shipley Newlin, Jr. for their efforts coordinating everything--and to the Minneapolis-area teachers and students who attended.

Uncredited (until now) photographs by Who Wants to Be a Mathematician judge and co-creator Bill Butterworth (DePaul University Department of Mathematical Sciences).