Ken Ono Gives the 2017 Arnold Ross Lecture, Followed by Who Wants to Be a Mathematician

About 150 students and teachers from the Orlando, Florida area saw the 2017 Arnold Ross Lecture by Ken Ono, followed by a victory by Cameron Chang in Who Wants to Be a Mathematician. Descriptions and photos of both events follow, as well as videos from the games, including one of Cameron just after his victory.

Why does Ramanujan, "The Man Who Knew Infinity,’’ matter?, Ken Ono, Emory University 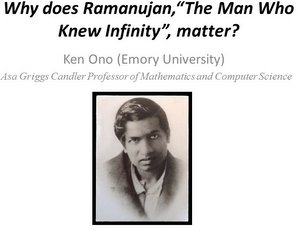 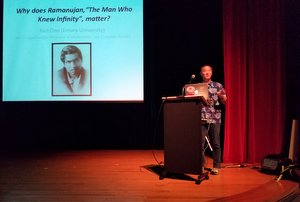 Ken Ono gave the audience many reasons to care about Srinivasa Ramanujan (1887-1920), the Indian mathematician who did tremendous work with little formal training. His life story is very touching, his work still yields new insights today--both about the math results themselves and about applications of his discoveries, for example, in signal processing. Ono described Ramanujan's life while sharing clips from the film about Ramanujan, The Man Who Knew Infinity, on which he served as associate producer. Here is an excerpt of the letter that Ramanujan, then a clerk, sent to the English mathematician, G.H. Hardy. 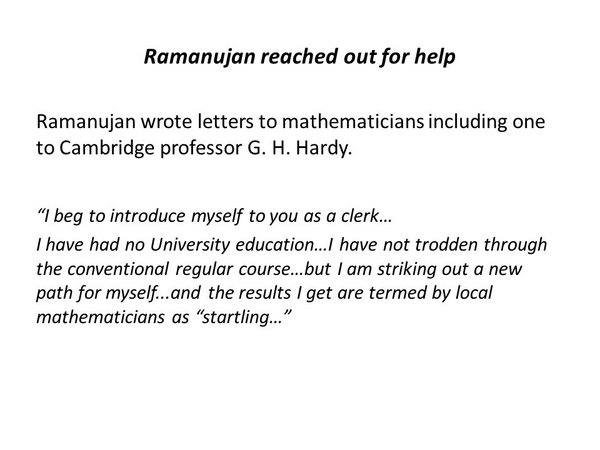 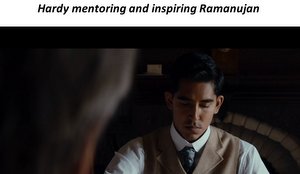 Left: Ken Ono with Dev Patel, who played Ramanujan, on the set of the film. Right: A scene in Hardy's office, in which he and Ramanujan discuss their different mathematical styles.

Ono explained some of Ramanujan's results--continued fractions and partitions--and also talked about Ono's and his father's personal connection with Ramanujan, which formed part of Ono's book, My Search for Ramanujan: How I Learned to Count. Near the end of his talk he gave a synopsis of Ramanujan's life: 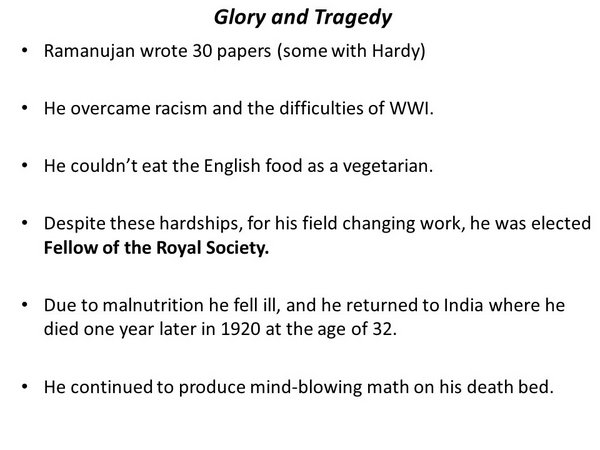 After the lecture, the audience got to munch on some mathematical cookies furnished by the AMS. 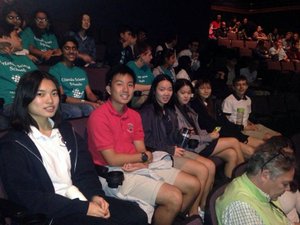 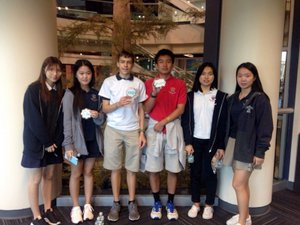 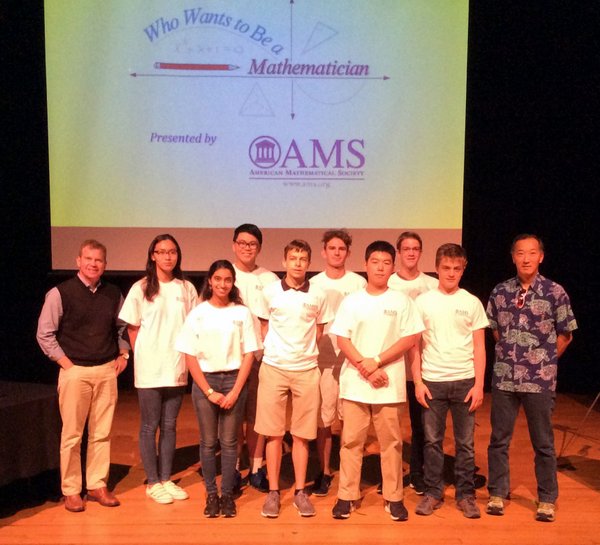 Videos of the games:

Photos from the lecture and games: 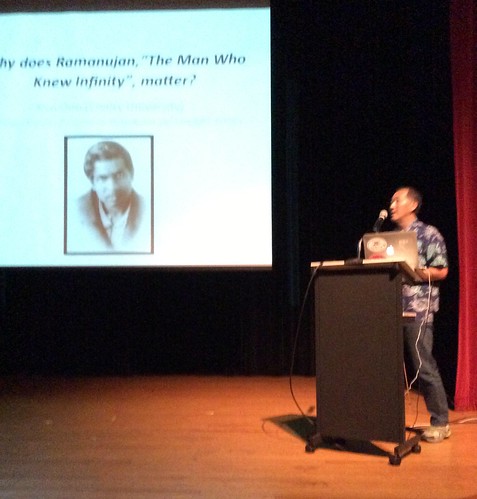 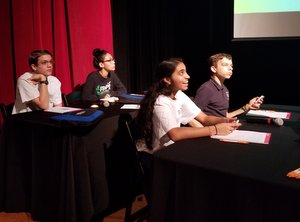 Youth was served in game one. Esha, a sophomore, and Joseph, a freshman, tied for first. Esha won the tie-breaker over Joseph to advance to the Square-Off Round against the eventual winner of the next game. Esha's first-place finish earned her $500 from the AMS and a TI-Nspire graphing calculator from Texas Instruments. A software glitch slowed down game one, which was bad news for those on the clock, but good news for the audience as the extra time allowed some of the students to win DVDs of The Man Who Knew Infinity, donated by Ken Ono. 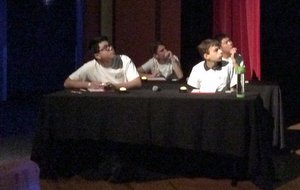 No glitches in this game. At the halfway point, Ross was in first, with Cameron, Franklin, and ZeZhong tied for second. Cameron took over the lead after question six and held on for the win. His cash and prize winnings matched Esha's from game one. 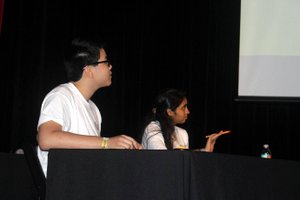 Esha and Cameron squared off on one question for another \$500 and a chance at the \$2,000 Bonus Question. Cameron buzzed in first but was incorrect. Esha was also incorrect with her answer when she buzzed in, and once the two buzzers were reset, Cameron immediately rang in with the correct answer. Cameron answered the Bonus Question involving logic fairly quickly and was correct, which earned him a total of $3,000. (Photo by Alan Fasone.) 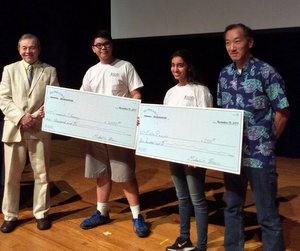 Here is Cameron just after his victory.

Thanks very much to our sponsors: Maplesoft, the Who Wants to Be a Mathematician Technology Sponsor; Art of Problem Solving, the Online Community Sponsor; Texas Instruments; and John Wiley and Sons. Thanks also to the teachers, who arranged for their students to attend, and to Emily Duguid at the Orlando Science Center, who arranged the logistics for the lecture and game.

Find out more about the Arnold Ross Lectures.

Below: Esha and her rooting section just after the games. 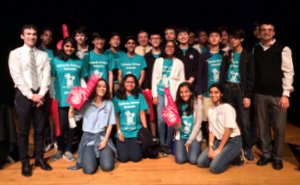