"My daughter absolutely enjoyed watching this past Sunday's competition. It was an unbelievable experience! She will never forget what she saw happening---an environment full of supportive, enthusiastic math lovers---eager to solve problems."

"Thanks again for bringing the event to the Big Island. It has done wonders for our department and the university and has really helped to solidify the relationship between us and the local high schools."

Nolan Kamitaki, a senior at Waiakea High School in Hilo, won US$3000 playing Who Wants to Be a Mathematician on Sunday, December 6 at the University of Hawai'i at Hilo. Nolan's big win capped off an afternoon of mathematics at the university. Below is a description of the afternoon.

"What Are the Odds?", Ken Ono, Solle P. and Margaret Manasse Professor of Letters and Science and the Hilldale Professor of Mathematics, University of Wisconsin-Madison

Ono delivered a lecture that combined probability and number theory, and showed the students in the audience how math could work for them. He began with some simple games, including the Monty Hall problem, and then moved to a more challenging game involving Fibonacci numbers. People pay 10 cents to pick one of the digits from 1 to 9. Then a Fibonacci number is chosen at random. Players win $1 if the chosen number starts with their digit, that is, if the leftmost digit is the one they picked. This seems like a game for which each number would have the same chance of being a starting digit, but, in fact, some digits (e.g. 1) come up much more frequently than others. Ono showed the distribution of Fibonacci first digits for some parts of the sequence (for example, of the 1500 Fibonacci numbers from the 1001st term in the sequence to the 2500th term, 452 of them start with 1) and then explained why the digits are distributed that way. Benford's Law states that many categories of numbers are such that the digits to the right of the decimal point of their logs base 10 are uniformly distributed (as opposed to the first digits themselves being uniformly distributed), so about 30% of such numbers start with 1. Ono has recently showed that the Fibonacci numbers obey this law as well. The message from this part of the talk was that "Numbers are not fair." Ono explained how the IRS uses Benford's Law to catch cheaters and concluded that mathematicians are still making discoveries, including facts about ancient objects like Fibonacci numbers.

A milestone in Who Wants to Be a Mathematician snack history occurred right after the talk, as the math department had not only cookies and drinks, but also sushi! This was a first that was greatly appreciated by those in attendance.

The eight contestants (pictured and listed below) kept the excitement going in their two games of Who Wants to Be a Mathematician.

In the Square-Off Round--one question to decide who would get the chance at the $2000 Bonus Question--Nolan signaled in first, but was wrong. Devin then had a minute to answer, but his choice was wrong as well. This narrowed the answers down to three choices, with both contestants eligible to answer. The two game winners reached for their buzzers without actually signaling in, until Nolan made the decision to answer and this time his choice was correct! Being first with the right answer earned him another $500 and a chance at the Bonus Question.

Here are all the prizes won that afternoon in Who Wants to Be a Mathematician.

The AMS thanks sponsors Texas Instruments, Maplesoft, and John Wiley and Sons for their continued generous support of Who Wants to Be a Mathematician. Ken Ono's National Science Foundation Distinguished Teaching Scholar's grant made this outreach event possible.

Mahalo also to Shuguang Li and Roberto Pelayo of the university's Mathematics Department--as well as some of the math majors in the department--for all the work they did to make the lecture and game (and the break!) a big success, and to the students, teachers, and parents who came out on a Sunday afternoon to attend the lecture and watch and participate in the game. 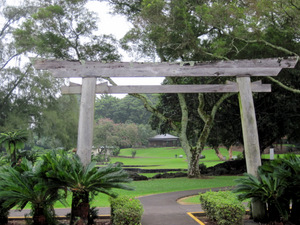 Paradise, that starts with P, which sounds like Pi, and that stands for C/D