Annika Kelly, a senior at Barrington High School, won \$1,000 playing Who Wants to Be a Mathematician at Providence College on Pi Day. Here's Annika just after her victory.

It was an exciting day, hosted by the Providence College Department of Mathematics and Computer Science, and attended by about 200 Rhode Island students and teachers. 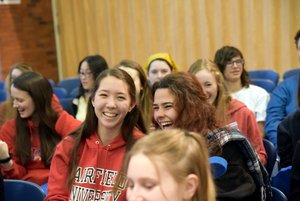 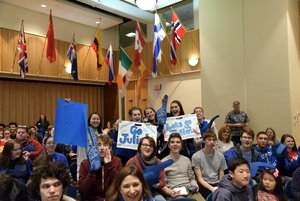 The crowd was welcomed by Frank Ford, who called roll of the schools (present, but not in the video, were the Moses Brown School and Lincoln High School).

The welcomes continued with AMS Executive Director Catherine Roberts, who talked about the AMS and its strong connections with Rhode Island, and Rhode Island Commissioner of Elementary and Secondary Education Ken Wagner, who told the audience about the importance of mathematics. 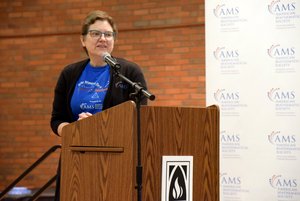 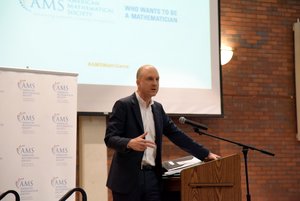 Each of the 10 contestants received certificates from Rhode Island Governor Gina Raimondo, and Senators Jack Reed and Sheldon Whitehouse. The certificates were awarded by Catherine and Ken. 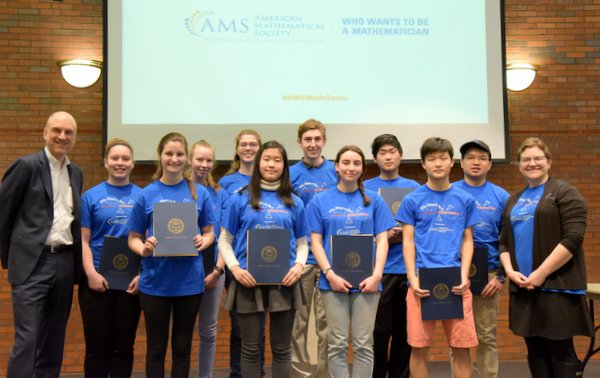 Congratulations to all the contestants on qualifying, and to Mary, Yiru, and Eric Song, who were repeat contestants. Note: Even though she did qualify two years in a row, Mary is no relation to Who Wants to Be a Mathematician host Mike Breen.

See photos of the action:

The audience gave a rousing welcome to the game one contestants:

After six questions, four of the five contestants were tied for first place, all four having answered each question correctly. Mary and Alex missed question seven, but Annika and Eric Tang didn't, so the latter two moved into a tie for first going into the last question. They both answered that one correctly, too, so a tie-breaking question was used to determine first place. Annika was first to answer correctly, which give her first place, \$500 from the AMS, a TI-Nspire graphing calculator, and a spot in the Square-Off Round against the eventual game two winner. Eric finished second, followed by Alex in third. 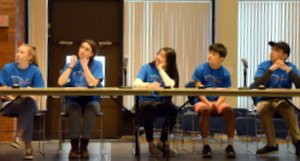 Eric Song, a \$500 winner in the 2018 Pi Day Who Wants to Be a Mathematician, answered every question correctly in this game, to earn the equivalent cash and prizes that Annika had won in game one, and a spot in the Square-Off Round against her. Yiru, who had qualified as a sophomore, missed only two questions and finished in second place. Brant finished third, just ahead of Katie. 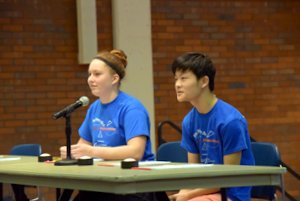 Annika and Eric squared off for another \$500 and a chance at the \$2000 Bonus Question. Annika signaled in very quickly and was correct. She moved on to the Bonus Round, and was close, but unfortunately did not get the question correct. She still had a pretty good day, though, winning \$1,000 in the morning and appearing with Catherine on the ABC 6 News that evening. 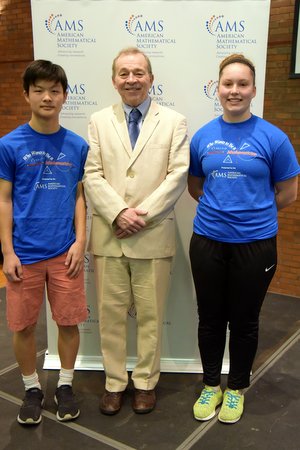 Here are all the videos, including questions from the game, from the introductions to Annika just after her victory.

Frank Ford, Lynne DeMasi, and Morgan Victor of Providence College, who coordinated everything, including the AV, at PC.

The students and teachers, who were such a great audience, exuberantly rooting for and cheering on the contestants.