Who Wants to Be a Mathematician at Providence College--March 2017

"Thank you for hosting such a wonderful event. My students and I had a fabulous time. I had not attended in several years, and I enjoyed seeing how much it has grown. Hopefully, it will not snow next year on Pi Day!"

"Thank you so much--it was a great experience and the kids had a blast!"

"Another great event. We love coming up for it & our kids had a blast."

"Thank you for an awesome event. We all really enjoy the contest. We really appreciated the opportunity to attend and the kids really let Sam know that he was a math rock star. I think any event that encourages and supports math and emphasizes problem solving is definitely a positive experience for students." 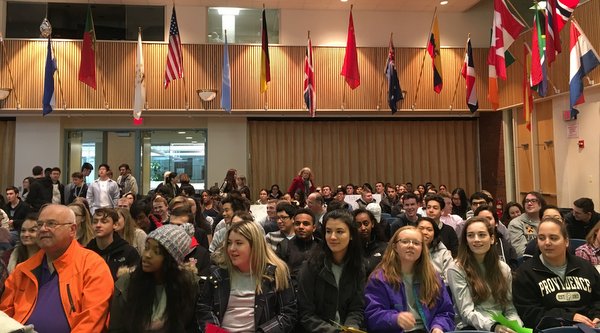 A standing-room-only crowd of 280 students and teachers watched 12 Rhode Island high school students compete in two exciting games of Who Wants to Be a Mathematician at Providence College on March 23. Alexander Galarraga, a senior at Classical High School, was the big winner in the games that were rescheduled from Pi Day because of winter storm Stella. Here's Alex just after his victory: 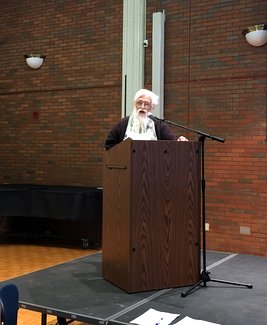 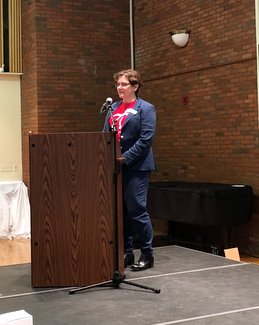 Frank Ford of the Providence College Department of Mathematics and Computer Science started the day by welcoming the crowd and introducing the schools who were represented that day. Then AMS Executive Director Catherine Roberts introduced the contestants and gave them certificates--that recognized their qualification for the game--from Rhode Island Governor Gina Raimondo, and Senators Jack Reed and Sheldon Whitehouse. 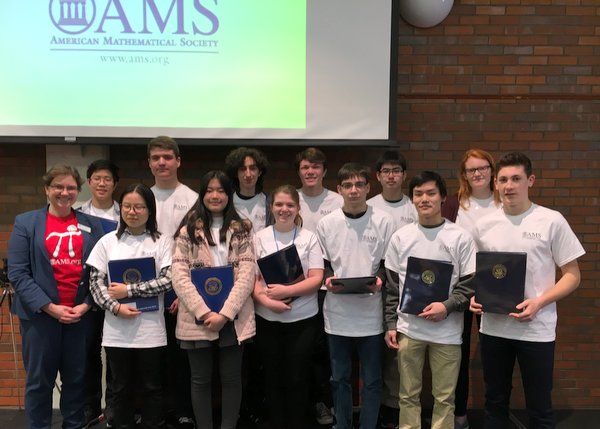 Video highlights from the day. From the game, the audience, and pre-game awards ceremony. 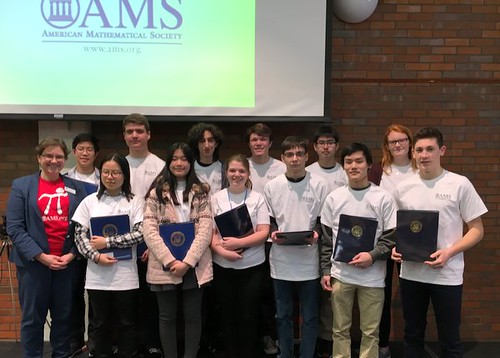 Below is a summary of the two games at Providence College and a few more photos. 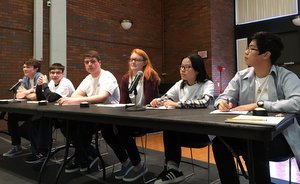 This game featured two qualifiers from the 2016 contest, Ella Xu and Jonny Zhang. During the game we learned that Jonny did get to fulfill his wish that he shared at last year's game--he did get to see Hamilton. All six contestants answered the first three questions correctly but none got question four right. Jonny took sole possession after question five, an algebra question, by being the only contestant to answer correclty, but Ella took over first place when she was the only one to answer the next question correctly. Jacob and Mary joined Ella and Jonny in getting question seven correct, while David and Andrew joined Ella and Jonny to answer the last question correctly. As a result, Ella won game one, winning $500 from the AMS, a TI-Nspire from Texas Instruments, and a slot in the Square-Off Round against the eventual game two winner. Jonny finished second, 100 points behind Ella. David and Andrew tied for third, and Mary and Jake tied for fifth. 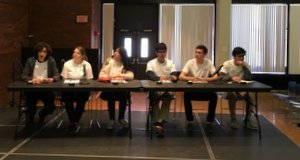 Game two was a wild one with five of the six contestants holding the lead or sharing it at some point in the game. Yiru, who also qualified for the 2016 Who Wants to Be a Mathematician, was tied with Sam after question two, Then Julianna moved into first on the next question. At the halfway point of the game, Alex and Kevin shared the lead, as they were the only two contestants to answer question four correctly. Then Yiru moved back into first place. Kevin and Sam were the two contestants who answered question six correctly, which put Kevin in sole possession of first place, 200 points ahead of Sam. Kevin then held on to first place by getting question seven right. Alex and Julianna also were correct on this question, so they were within striking distance of first place going into the last question. It was a hard question, about numbers and algebra, but four of the contestants--Alex, Yiru, Sam, and William--answered it correctly. This put Alex into first place, 200 points ahead of Kevin. Sam finished in third place, only 100 points back, followed by Yiru, Julianna, and William. Alex now moved into the Square-Off Round against Ella. 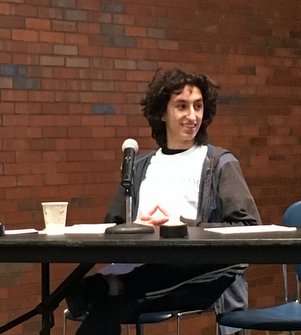 By being the first to answer correctly, Alex won the Square-Off, which increased his cash winnings to \$1,000 and earned him a chance at the \$2,000 Bonus question. Unfortunately, he didn't answer it correctly but he was still pretty happy about how he did. 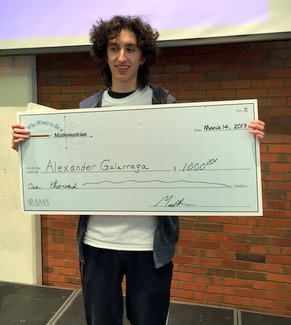 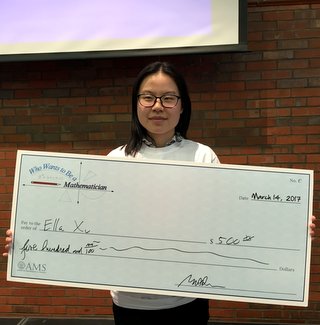 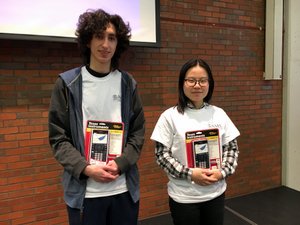 Below are the cash and prizes awarded to the 12 contestants.

Thanks very much to our sponsors: Maplesoft, the Who Wants to Be a Mathematician Technology Sponsor; Art of Problem Solving, our Online Community Sponsor; Texas Instruments; and John Wiley and Sons. Thanks also to Frank Ford and Lynne DeMasi of the Providence College Department of Mathematics and Computer Science, who arranged everything for the game and made everyone feel welcome, and to Rhode Island Senators Jack Reed and Sheldon Whitehouse, and Governor Gina Raimondo for the certificates. We also want to thank the AMS staff and former staff who helped out that day, but we've used thanks so much that we'll instead say merci beaucoup to Robin Marek, Tongtong Wang, and Sandy Breen, and to the AMS Staff Fund which made it possible for four of the schools to participate. And muchas gracias to the teachers and students who made it such a fun event!