Who Wants to Be a Mathematician Now Open to UK Students 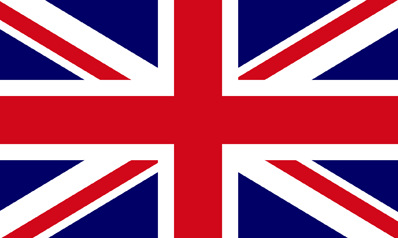 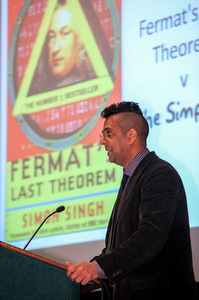 Who Wants to be a Mathematician is a high school competition held annually in America, involving more than two thousand students. Last January, Simon Singh attended the final in Seattle and gave a wonderful lecture, Fermat's Last Theorem vs. The Simpsons. He was so impressed with the competition that he wanted students in the United Kingdom to take part as well. As a result, Simon's charity Good Thinking and Maths Fest have arranged for UK students to play along with US students in a parallel competition with the national Who Wants to Be a Mathematician , with the chance of winning prizes for themselves and their schools. (Photo of Simon Singh: Steve Schneider/JMM.)

How do UK Schools Get Involved?

The competition is open to any UK secondary school student above the age of 13 (including sixth formers). Teachers can access the stage 1 set of questions by emailing the organizer Michael Breen at paoffice at ams dot org. There are just 10 questions and students have 15 minutes to complete them. You may want to take a look at the question sheet before deciding which of your students might want to sit the stage 1 preliminary test. You might want to focus on stronger older students or open it to a much wider range of students.

Midnight (UK time) on October 18 is the deadline for emailing paoffice at ams dot org with the names of your students who have scored 8, 9 or 10 out of 10. [Note: this deadline has been extended. Originally it was the 16th.] Students who score 8, 9, or 10 are in the second round.

The test paper will be available online, and you will be sent access details so that your students can sit the paper. This test is also 15 minutes long. The best way to do this is set aside 15-20 minutes when all your students can have access to the internet and when you can oversee their test. This stage has to be completed by 8 p.m. on 7 November. [Note: This deadline has also been extended to accommodate half-term breaks.]

The best four students will be invited to Maths Fest in London, a day of fascinating talks, organized by stand-up mathematician Matt Parker. They will take part in a live knock-out final on stage answering questions asked by Matt. The winner will receive a cheque for £100, the runner-up will receive £75 and the two semi-finalists will receive £50 each. All finalists will be given six free tickets so that they can bring five classmates and a teacher to Maths Fest. If a school is unable to attend, we can offer travel costs for a student and a guardian to attend the final.

If this year's UK pilot is a success, then Good Thinking and Maths Fest's plan to run a parallel competition again next year in the UK, with the top UK student traveling to America to play in the final at the 2018 Joint Mathematics Meetings in San Diego, California.