Kyle Gatesman (left), an eighth grader at Frost Middle School in Fairfax, VA, won $1,000 from the AMS and a TI-Nspire CX from Texas Instruments playing Who Wants to Be a Mathematician at the 2014 USA Science and Engineering Festival (USASEF) in Washington, DC on April 25. Kyle was one of eight students from DC, MD, VA, and NC who participated in the game on Friday afternoon in front of about 150 people.


Here are the eight contestants: 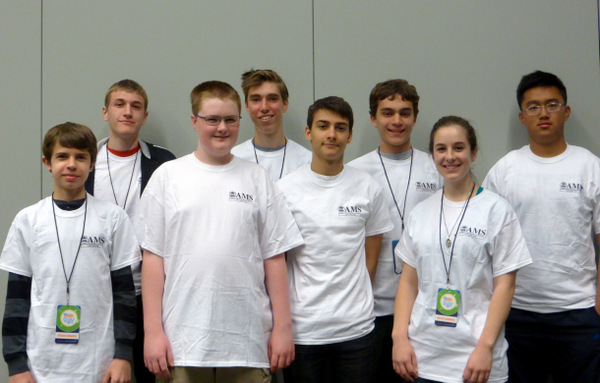 Videos from the game (the acoustics in the exhibit hall weren't very good, sorry):

A slideshow of photos from the games: 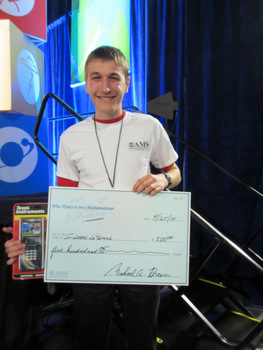 Isaac with his "check" and TI calculator.

Kyle was almost as quick in the Square-Off Round as he was in his game one tie-breaker, again answering first with the correct answer. This earned him another $500 and a spot in the Bonus Round--a chance at another $2,000. Unfortunately, Kyle didn't get this one right, but he still earned $1,000 for the afternoon. Here are all the prizes and cash won by the eight contestants:

Read about more AMS activity at the 2014 USASEF.