Who Wants to Be a Mathematician at the 2016 USA Science and Engineering Festival in Washington, DC

Five Washington, DC-area students and one festival attendee from Michigan played Who Wants to Be a Mathematician on Saturday, April 16 at the Walter E. Washington Convention Center--part of the fourth USA Science and Engineering Festival (held every other year). 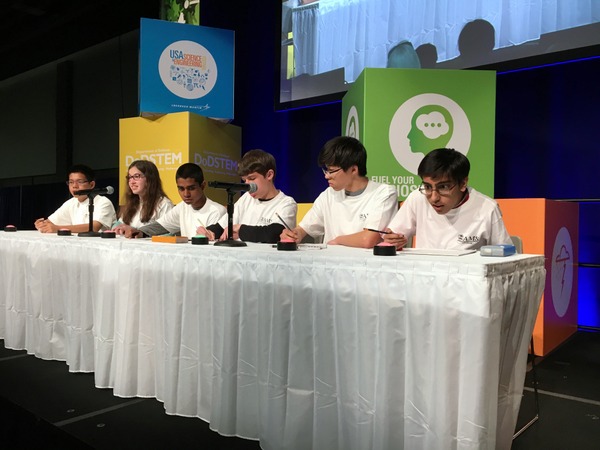 Ajay, a ninth grader from Michigan, was the big winner, taking home $1,000 from the AMS and a TI-Nspire CX from Texas Instruments.

Here are videos of the game and of Ajay afterwards:

Below are photos and a description of the game. 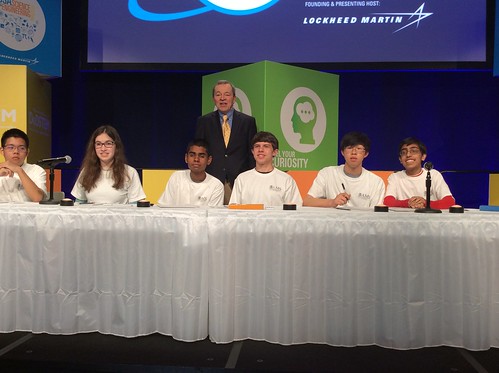 It was a very tight game that was decided on the final question. Ajay, Naveen, and Julia answered each of the first seven questions correctly, so they were in a three-way tie for first going into the last question. Ajay was the only one of the three to answer question eight correctly, which moved him into first place for the game and he won $1,000 and the TI-Nspire CX as a result. Kyle also answered question eight correctly (along with Matthew and Alan), so he finished in second place. 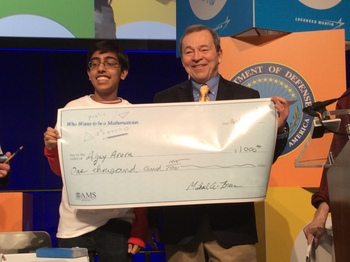 Unfortunately, Ajay did not answer the $2,000 Bonus Question correctly, so was unable to triple his cash winnings, but he still had a very profitable afternoon. Below are the prizes won by the six contestants.

Thanks very much to our sponsors: Maplesoft, the Who Wants to Be a Mathematician Technology Sponsor; Art of Problem Solving, our Online Community Sponsor; Texas Instruments; and John Wiley and Sons. Thanks also to members of the audience who chose to be indoors on a beautiful spring day in DC and who waited patiently for the game to start, and to the teachers who encouraged their students to participate in Who Wants to Be a Mathematician.