Who Wants to Be a Mathematician at Western Connecticut State University

Jason Shi, a senior at Greenwich High School, won \$3,000 playing Who Wants to Be a Mathematician at the 2018 Western Connecticut State University (WCSU) Math Fair on May 31. Below is a video of Jason just after his victory.

The game was one event at the Math Fair, which was attended by over 300 students and teachers, who had a rollicking good time watching the game, playing Kahoots!, and listening to two talks from WCSU alumnni, who talked about the work they are doing and how they benefited by attending WCSU and majoring in math.

The audience was welcomed by Missy Alexander (below left), WCSU Provost and Vice President of Academic Affairs, who fired up the crowd by building on the Who Wants to Be a Mathematician name and asking a series of questions, such as "Who wants to cure cancer?" with the answer "Stay in math class!" Also welcoming the guests was Christopher Kukk, Director of the WCSU Kathwari Honors Program. He talked about the program and his former career in counter-intelligence, saying that math was very important in that field and many others.

Then two former WCSU math majors, Phanuel Mariano and Robert Dolan, spoke about their research and their time in the math department at WCSU. Both were very positive about their experience with the WCSU math faculty and encouraged the students to consider attending WCSU and majoring in math. Mariano had just finished his PhD at the University of Connecticut and will be a visiting research professor at Purdue University in the fall. He "never had a professor say No to me," while at WCSU. Dolan is a PhD student at UConn, who had intended to major in music when he enrolled at WCSU but when he and his girlfriend were freshmen, she registered for calculus and so he did, too. He liked calculus so much that he became a math major, and later on especially liked the higher-level math courses. Not only did he continue in math but he and his girlfriend continued their relationship--they were married four days before the math fair.

WCSU had furnished breakfast for the attendees before the fair started, would eventually furnish lunch as well, and between the talks and Who Wants to Be a Mathematician, the university arranged for snacks and refreshments. 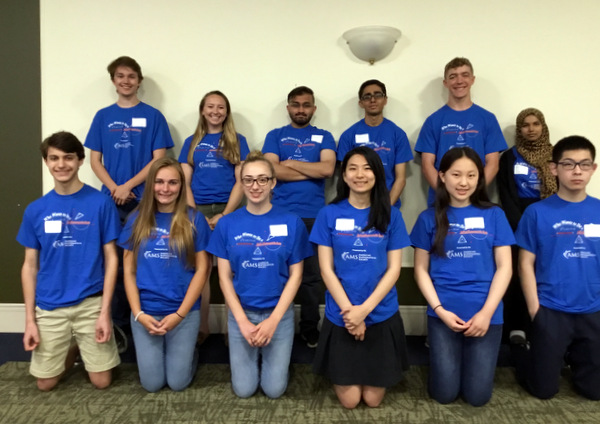 Game one had three lead changes on the last five questions, with the lead changing from Aditya to Nick and finally to Brigid, who won by answering the last question correctly. Brittany and Rachel were tied for second. Brigid's win earned her \$500 from the AMS, a TI-Nspire CX from Texas Instruments, and a spot in the Square-Off Round against the eventual winner of game two.

Game two was also exciting, but had no lead changes as Jason stayed in first place for the entire game. Both games featured tremendously enthusiastic support from the audience, whose members cheered loudly, held up signs, and even blew vuvuzelas.

After a little glitch in the Square-Off Round, Jason won the round, which gave him another \$500 and a chance at the Bonus Question. It was a pretty difficult question (at least in the minds of the Who Wants to Be a Mathematician staff) that involved some tricky factoring, but Jason seemed to have no problem with it, figuring it out pretty quickly. That correct answer earned him another \$2,000 from the AMS.

Here are: a video of the school prizes for largest contingent and most enthusiastic contigent, photos and one video of the contestants getting their prizes, and a list of the prizes won. 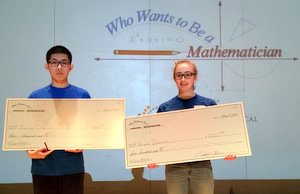 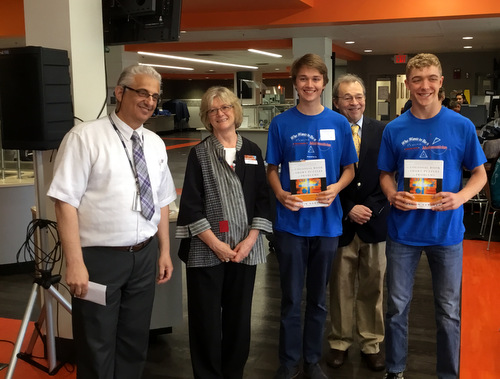 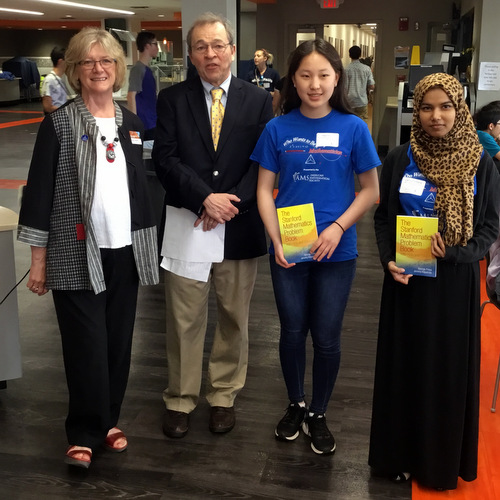 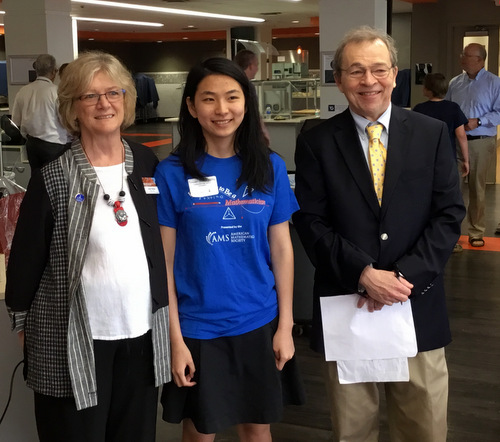 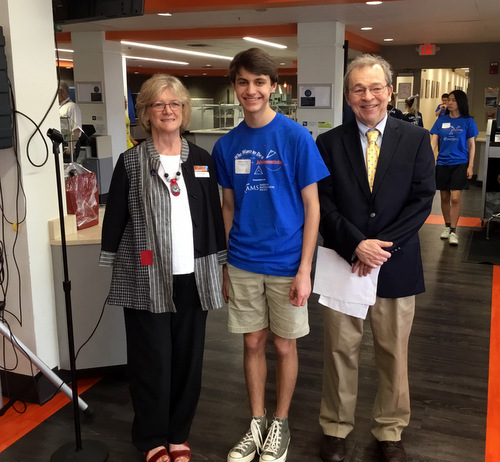 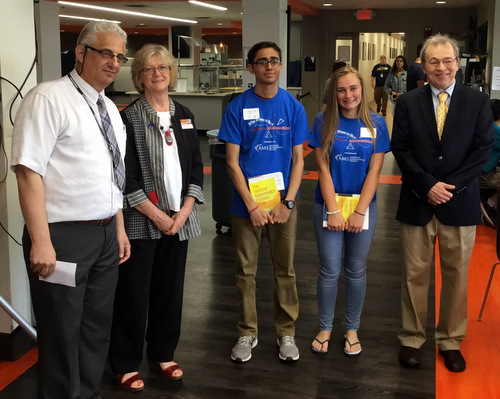 And here are Dyllon and Pam getting their prizes

Note: Brittany and Rachel, who tied for second in game one, opted for the indicated prizes.

The students and teachers who attended and enthusiastically cheered on the contestants.

WCSU math department chair Stavros Christofi and the math faculty, who arranged everything for the day.

Bill Butterworth (Who Wants to Be a Mathematician co-creator and tech guru), DePaul University, who took the videos.

Text by AMS Public Awareness Officer and Who Wants to Be a Mathematician host Mike Breen.