Who Wants To Be A Mathematician in Rhode Island!

The AMS presented the Who Wants To Be A Mathematician game as part of Math Awareness Month celebrations on April 25 at Rhode Island College. The contest drew eleven contestants from around Rhode Island. Prizes ranged from a "graphite calculator" (a pencil) to the top prize, $2,000,donated by the AMS. 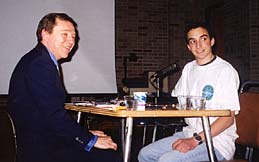 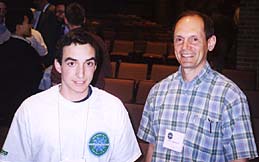 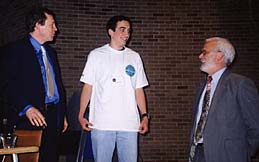 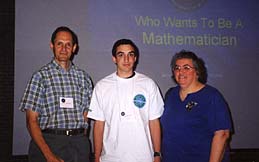 Jonathan Goulet, from Classical High School in Providence, was high-achiever for the day, the only contestant to win the top $2,000 prize.On his way to the top, Goulet made use of all of his "lifelines." Patterned after the popular television show,"Who Wants To Be A Millionaire," the AMS version offers the lifelines Ask Your Teacher, 50-50, and Ask the Audience. Rhode Island College math students were on hand to offer help during the Ask the Audience option. 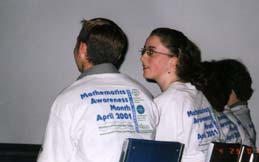 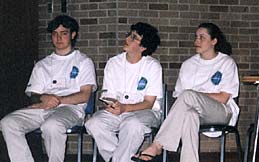 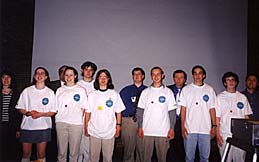 The AMS plans to present the game again at the Joint Mathematics Meetings in San Diego, January 2002, and in Rhode Island next spring.