Fellows receive a stipend of US$8,000 for the summer, plus travel expenses to and from AAAS and media outlets, to work for ten weeks during the summer months as reporters, researchers, and production assistants in media organizations. They observe and participate in the process by which events and ideas become news, improve their ability to communicate about complex technical subjects in a manner understandable to the public, and increase their understanding of editorial decision making and of how information is effectively disseminated. 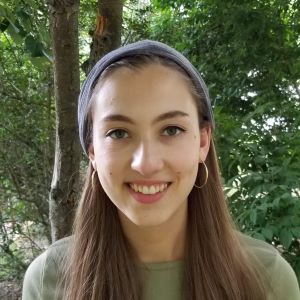 I believe that math is something anyone can enjoy, and I love sharing new concepts with people. I'm so grateful that I had the opportunity to be an AMS-AAAS Mass Media Fellow!

Several Mass Media Fellows contribute summaries of media coverage of mathematics in the monthly Math in the Media Digests.