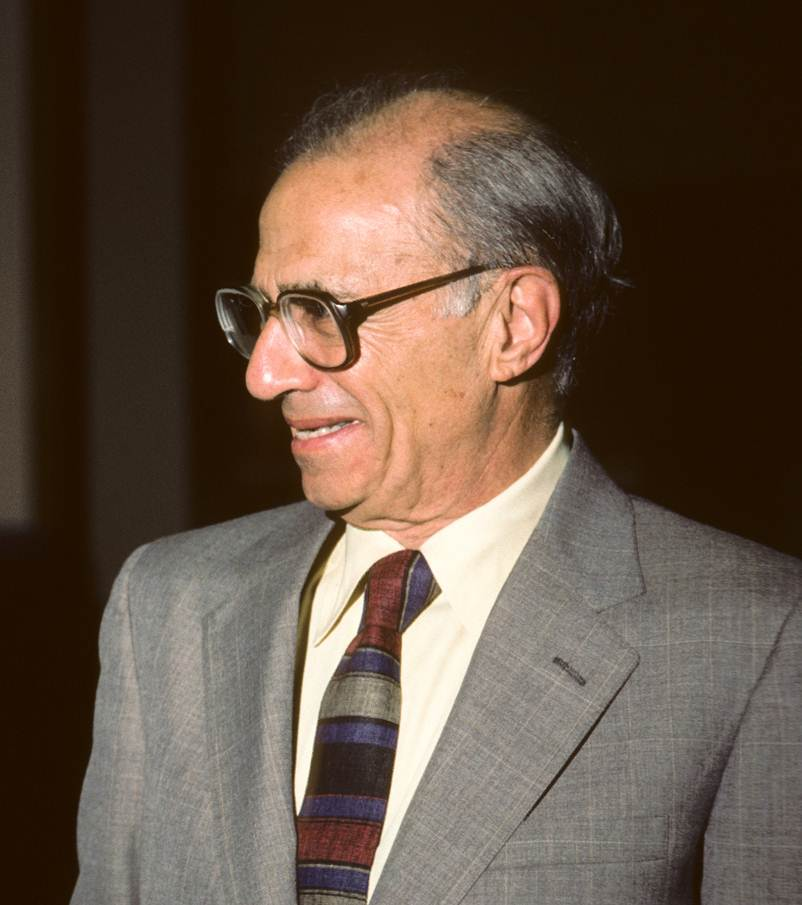 The Eisenbud Prize honors a work or group of works, published in the preceding six years, that brings mathematics and physics closer together.  Thus, for example, the prize might be given for a contribution to mathematics inspired by modern developments in physics or for the development of a physical theory exploiting modern mathematics in a novel way.

This prize was established in 2006 in memory of the mathematical physicist, Leonard Eisenbud (1913-2004),  by his son and daughter-in-law, David and Monika Eisenbud.  Leonard Eisenbud (pictured) was a student of Eugene Wigner.  He was particularly known for the book, Nuclear Structure (1958), which he co-authored with Wigner.  A friend of Paul Erdos, he once threatened to write a dictionary of "English to Erdos and Erdos to English."  He was one of the founders of the Physics Department at SUNY Stony Brook, where he taught from 1957 until his retirement in 1983.  In later years he became interested in the foundations of quantum mechanics and in the interaction of physics with culture and politics, teaching courses on the anti-science movement.  His son, David, was President of the American Mathematical Society 2003-2004.

The US$5,000 prize will be awarded every three years.


The 2020 Leonard Eisenbud Prize in Mathematics and Physics is awarded to Kevin Costello for his contributions to the mathematical foundations of quantum field theory and his gauge-theoretic explanation of solutions to the quantum Yang-Baxter equations.