The AMS website will not be available on Wednesday, February 19, 2020, 6:00am through 8:00am Eastern Time due to system maintenance.

Register to participate in this conversation.

Join us for a conversation with Dr. Stephanie Fitchett, data scientist at Transamerica, an insurance and financial services company based in San Francisco.

Webinar registrants will learn how Dr. Fitchett's background as a mathematician has informed her career and her current work as a data scientist at Transamerica.

Steph will be interviewed by Katie Waddle, one of our 2020 hosts.

This is the second of a new live web interview series co-produced by SIAM and the AMS. The webinars are for graduate students interested in learning about career possibilities in BIG settings (business, entrepreneurship, industry, government, nonprofits, etc.). This is a great opportunity for those who like to connect with others, communicate, and ask great questions about careers.

Stephanie Fitchett is a mathematician and statistician who has worked in academia, government, and industry.  An undergraduate abstract algebra class and an encouraging mentor led Steph to graduate school, and she spent her early career as a faculty member in the mathematical sciences, largely in an interdisciplinary honors college.  She studied statistics during a sabbatical and eventually left academia for a position as a statistician at Sandia National Laboratories, where she consulted on a wide variety of projects across the Labs.  More recently, she has worked as a statistician at a small environmental consulting firm, and currently as a data scientist at Transamerica, an insurance company.  Steph earned degrees (B.S., M.S., Ph.D.) in Mathematics from the University of Nebraska and an M.S. in Statistics from Colorado State University. 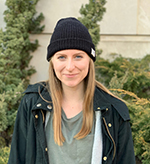 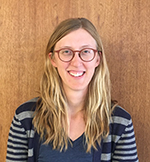 This interview was produced by AMS and SIAM as part of the Tondeur Initiatives. These career-focused collaborative activities by AMS, MAA and SIAM are made possible by Claire-Lise and Philippe Tondeur and supported by the BIG Math Network, which has additional resources at bigmathnetwork.org. 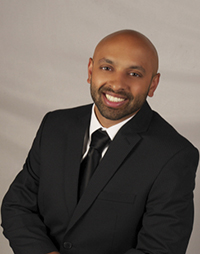 Sumanth Swaminathan Co-founder and CEO, Iterex Therapeutics Dr. Swaminathan's initial foray into industrial mathematics was an appointment as technology consultant at W.L. Gore & associates (2012). Here, he led a team of interdisciplinary PhDs in leveraging predictive models to optimize technology operation and development. Following this, he completed a fellowship at the Data Incubator NYC and moved onto a role as Chief Data Scientist at Revon Systems Inc. This role focused on the development, testing, and deployment of triage prediction models for identifying at-home flare-ups of chronic lung and heart disease, which led to Dr. Swaminathan's current role as cofounder and CEO of Iterex Therapeutics. Here, Sumanth is responsible for innovating company products and developing/executing company business strategy. Dr. Swaminathan earned his BSE in chemical engineering from University of Delaware (2005) and PhD in applied mathematics from Northwestern University (2009).

Sign in to watch the free recording of this conversation.

The Profession Home Data on the Profession For Department Leaders Employment Services Career Information Advice for New PhDs Applying to grad school What do mathematicians do? Directory of Institutions Prizes and Awards Fellows of the AMS Professional Directory Grants & Opportunities Programs for New Faculty