Mathematicians David Griffeath (University of Wisconsin-Madison) and Janko Gravner (University of California, Davis) have built a model that generates detailed 3D images of all types of nature's snowflakes.

In nature roughly a quintillion molecules make up every crystal that falls to earth, with the shape dictated by temperature, humidity and other local conditions. How such a seemingly random process produces snowflakes that are at once geometrically simple and incredibly intricate has captivated scientists since the early 1600s. Now we have simulated their 3D growth using a computational model that faithfully emulates both the basic shapes and the fine details and markings of the full range of observed forms. Our model is driven by diffusion-limited attachment of micron-scale blocks of ice; read about the underlying mathematics.
— David Griffeath 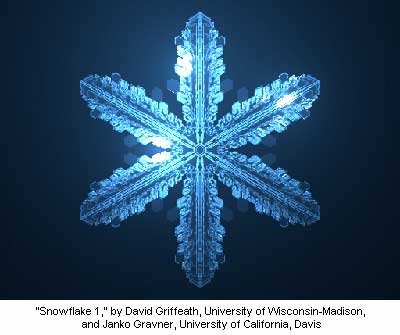 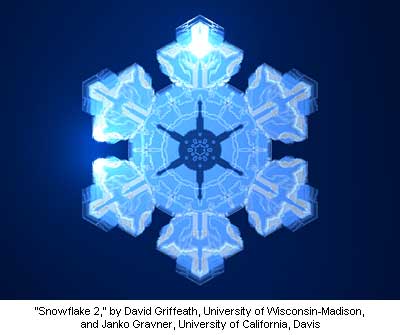 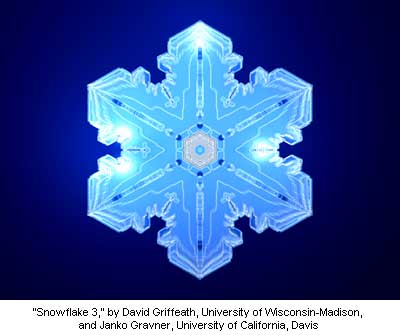 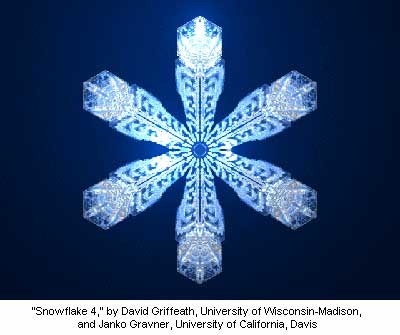 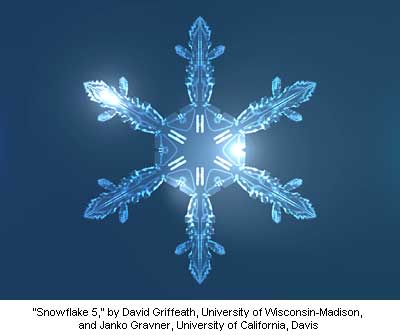 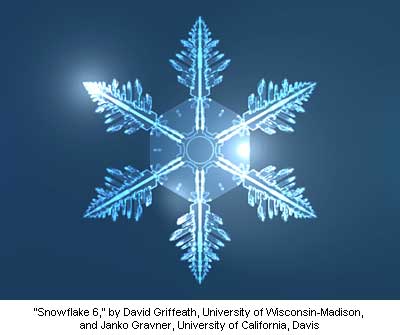 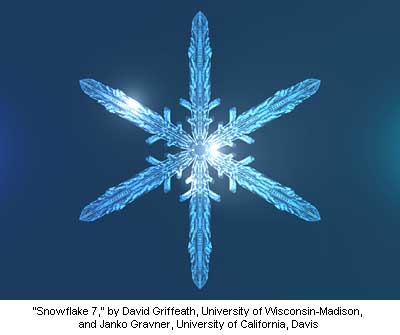 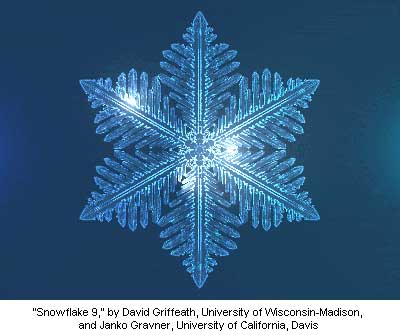 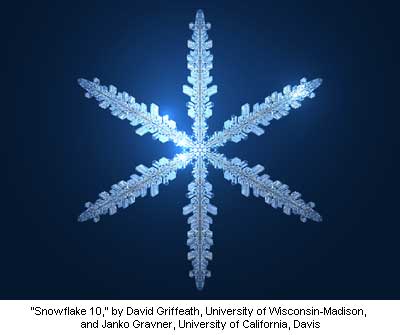 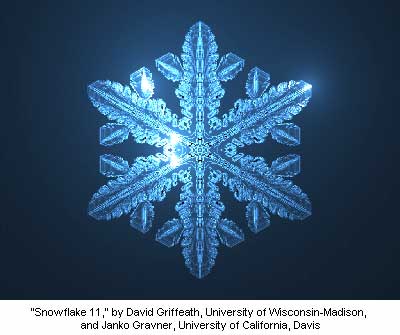 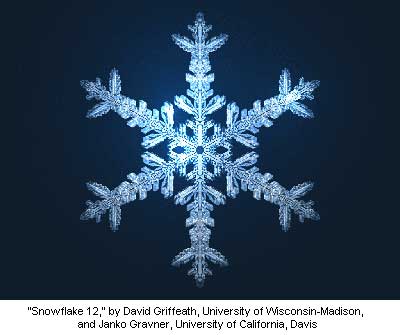 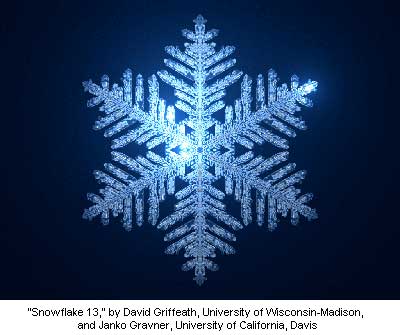