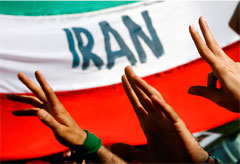 Mathematics has helped investigators in several major cases of human rights abuses and election fraud. Among them:

The 2009 election in Iran. A mathematical result known as Benford’s Law states that the leading digits of truly random numbers aren’t distributed uniformly, as might be expected. Instead, smaller digits, such as 1’s, appear much more frequently than larger digits, such as 9’s. Benford’s Law and other statistical tests have been applied to the 2009 election and suggest strongly that the final totals are suspicious.

Ethnic cleansing. When Slobodan Milošević went on trial, it was his contention that the mass exodus of ethnic Albanians from Kosovo was due to NATO bombings and the activities of the Albanian Kosovo Liberation Army rather than anything he had ordered. A team collected data on the flow of refugees to test those hypotheses and was able to refute Milošević’s claim in its entirety.

Guatemalan disappearances. Here, statistics is being used to extract information from over 80 million National Police archive pages related to about 200,000 deaths and disappearances. Sampling techniques give investigators an accurate representation of the records without them having to read every page. Families are getting long-sought after proof of what happened to their relatives, and investigators are uncovering patterns and motives behind the abductions and murders. Tragically, the people have disappeared. But because of this analysis, the facts won’t.