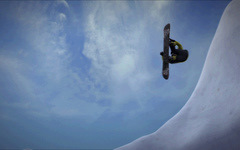 A triple cork is a spinning jump in which the snowboarder is parallel to the ground three times while in the air. Such a jump had never been performed in a competition before 2011, which prompted ESPN’s Sport Science program to ask math professor Tim Chartier if it could be done under certain conditions. Originally doubtful, he and a recent math major graduate used differential equations, vector analysis, and calculus to discover that yes, a triple cork was indeed possible. A few days later, boarder Torstein Horgmo landed a successful triple cork at the X-Games (which presumably are named for everyone’s favorite variable).

Snowboarding is not the only sport in which modern athletes and coaches seek answers from mathematics. Swimming and bobsledding research involves computational fluid dynamics to analyze fluid flow so as to decrease drag. Soccer and basketball analysts employ graph and network theory to chart passes and quantify team performance. And coaches in the NFL apply statistics and game theory to focus on the expected value of a play instead of sticking with the traditional √ 9  yards and a cloud of dust.