Graphical designs are quadrature rules for graphs $G=(V,E)$. Broadly speaking, a graphical design is a relatively small subset of vertices that captures the global behavior of functions $f:V \to \mathbb{R}$. We motivate the precise definition through numerical integration on the sphere.

The regular icosahedron (Figure 1) inscribed in the unit sphere $\mathbb{S}^2 \subset \mathbb{R}^3$ has the following amazing property: for any polynomial $p(x,y,z)$ of degree at most 5, the average of $p$ on the vertices of the icosahedron is equal to the average of $p$ over $\mathbb{S}^2$. By exploiting symmetry, these 12 points exactly average the 36-dimensional vector space of polynomials with degree at most 5. More generally, a spherical $t$-design 3 is a finite subset of points $X \subset \mathbb{S}^2$ chosen so that for any polynomial $p(x,y,z)$ of degree at most $t$,

The space of polynomials restricted to the sphere is spanned by the eigenfunctions of the spherical Laplacian $\Delta$, known as spherical harmonics. What is a natural analogue of spherical harmonics for a graph? We start by defining an operator analogous to $\Delta$ for a finite, undirected graph $G= (V,E)$. Let $A \in \mathbb{R}^{V\times V}$ be the adjacency matrix of $G$ defined as $A_{uv} = 1$ if $uv\in E$ and 0 otherwise, and let $D\in \mathbb{R}^{V\times V}$ be the diagonal matrix with $D_{vv} = \deg (v)$, the number of edges adjacent to $v$. Then $L = AD^{-1}$ behaves similarly to $\Delta$ in that for a function $f: V \to \mathbb{R}$,

averages $f$ in the neighborhood of $v$.

Spherical harmonics are ordered by their degree as polynomials, also called frequency. Similarly, the eigenvalues $\lambda _j$ of $L$ can be ordered as

To mimic the qualities of a spherical $t$-design, we seek vertex subsets that exactly average the low frequency eigenspaces of $L$.

Figure 2 shows an 11-graphical design on the trucated icosahedral graph. These 30 vertices average a 49-dimensional subspace of the 60-dimensional space of functions $\{f:V\to \mathbb{R}\}$. We call a subset that averages as many eigenspaces as possible for the graph a maximal design. Figure 4 shows a maximal design; no proper subset can average 14 or more of the 16 eigenspaces.

Graphical designs have strong connections to the combinatorics of a graph, especially in the presence of structure and symmetry. A gallery of designs can be found at: https://sites.math.washington.edu/~GraphicalDesigns/.

We can generalize Definition 1 by allowing weighted sums on the left of 1 and call these subsets weighted designs (Figure 5). Weighted designs are connected to oriented matroid duality and the rich literature of eigenpolytopes 2.

The neighborhood of a graphical design

In 4, Golubev considered extremal designs, which are subsets $W\subset V$ that integrate all but one eigenspace of $L$, though this eigenspace may come anywhere in our frequency ordering. As an example, the Kneser graph $KG(n,k)$ has vertices corresponding to the $k$-element subsets of $\{1,\ldots , n\}$. Two vertices are adjacent if their subsets are disjoint. Golubev shows that extremal configurations from the Erdős-Ko-Rado theorem, namely a subset of vertices corresponding to all the $k$-element subsets of $[n]$ containing a fixed element, are extremal designs on $KG(n,k)$.

Cayley graphs are created from an underlying group, and this additional structure can provide enough information for explicit constructions.

Graphical designs lie at an exciting intersection between contemporary applications and mathematical theory. The appearance of the graph Laplacian suggests further ties to spectral graph theory, 1 connects to coding theory, and extremal combinatorics appears in 4. Graphical designs in Cayley graphs are rooted in group representations, and probabilistic tools were used in 7.

Modern data, such as social networks, ad preferences, movie recommendations, and traffic updates, is often modeled through graphs, driving a need for new data processing methods. The relatively new field of graph signal processing 5 seeks to extend classical signal processing techniques to the domain of graphs. Graphical designs provide a framework for graph sampling and numerical integration on graphs. For instance, Figure 6 shows a weighted graphical design with all positive weights on a highly nonlinear graph from real world data. In applications, it may suffice to look for approximate designs where the equality in 1 is relaxed. This can be modeled via optimization.

Figures 1–6 are courtesy of Catherine Babecki.

Photo of Catherine Babecki is courtesy of Kyle Naylor. 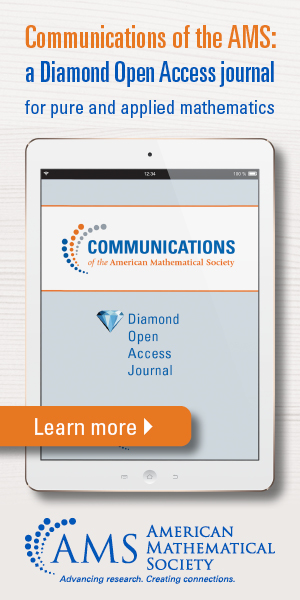