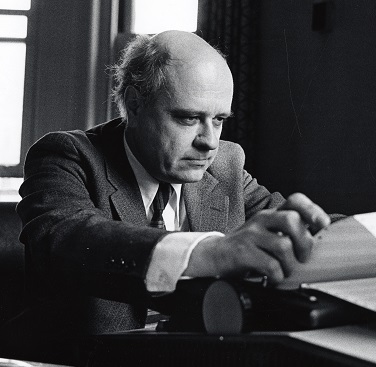 The Grenander Prize recognizes exceptional theoretical and applied contributions in stochastic theory and modeling. It is awarded for seminal work, theoretical or applied, in the areas of probabilistic modeling, statistical inference, or related computational algorithms, especially for the analysis of complex or high-dimensional systems.

This prize was established in 2016 by colleagues of Ulf Grenander (1923-2016). Professor Grenander was an influential scholar in stochastic processes, abstract inference, and pattern theory. He published landmark works throughout his career, notably his 1950 dissertation, Stochastic Processes and Statistical Interference at Stockholm University, Abstract Inference, his seminal Pattern Theory: From representation to inference and General Pattern Theory. A long-time faculty member of Brown University?s Division of Applied Mathematics, Grenander received many honors. He was a fellow of the American Academy of Arts and Sciences, the National Academy of Sciences and was a member of the Royal Swedish Academy of Sciences.

The current prize amount is $5,000 and the prize is awarded every three years.


The Ulf Grenander Prize in Stochastic Theory and Modeling is awarded to Michael I. Jordan for foundational contributions to machine learning (ML), especially unsupervised learning, probabilistic computation, and core theory for balancing statistical fidelity with computation.

Nomination Procedure:  Nominations with supporting information should be submitted online.