A Tribute to Maryam Mirzakhani 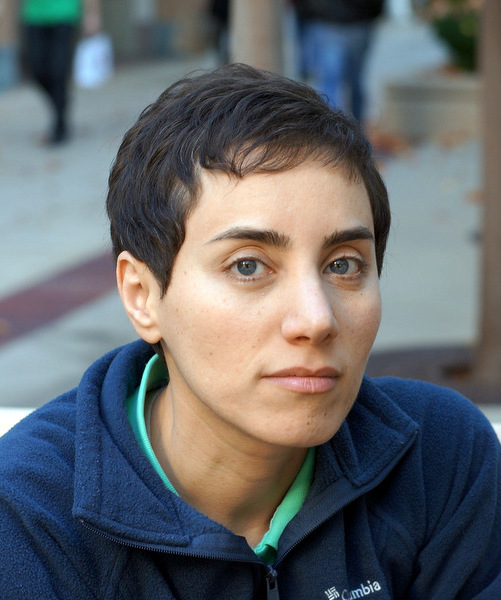 Maryam Mirzakhani, the only woman to win a Fields Medal, died on July 14 at the age of 40. Mirzakhani was a professor at Stanford University and a highly original mathematician who made a host of striking contributions to geometry and dynamical systems. Her work bridges several mathematical disciplines—including hyperbolic geometry, complex analysis, topology, and dynamics—and in return deeply influenced them all.

When I woke up on July 15 and learned that Maryam Mirzakhani had died, I felt as though I had been punched in the gut. Maryam was an extraordinarily talented and accomplished young mathematician who was thrust into the limelight when she received the Fields Medal in 2014. After breaking the glass ceiling as the first female Medalist, she accepted with grace her role as a symbol for women's achievement. An Iranian-American, she served also as a reminder of the international character of the mathematical enterprise. Maryam Mirzakhani left us in the prime of her professional life. Her passing is a great loss to the mathematical community.

The following is just small sample of the tributes to and obituaries of Maryam Mirzakhani from around the world:

Here is a wonderful video of Maryam in her own words:


Video produced by the International Mathematical Union and the Simons Foundation

When Maryam Mirzhakhani was awarded the Fields Medal in 2014 the world was captivated. The news media and mathematical community celebrated her achievements, which brought both her and her mathematics into the spotlight.

The AMS invited those who knew Maryam Mirzakhani or who were influenced by her and her work to share here.

So tragic to lose such a talented person. She inspired many people with her work and she will be sadly missed.

You will be always remembered for your work and your subtle yet magnificent persona! You inspire us and will keep inspiring all the women around the world..What you did in such a short span of life nobody can achieves even half of it.. you are truly a Star! Keep shining on us (even from there) RIP x

Dear Maryam, you wrote the most beautiful story ever, the story of your life.. yes, you are a brilliant writer too.. Rest in peace.

Dear Maryam
When you won, I deeply and just admired you. I was doing my Ph.D. and was stopped in an open problem, my advisor named you and encouraged me to solve the problem. Trying to solve an open problem, it was over my imagination, I'm a little bit of Math and too far from your high amazing level but he encouraged me. Thank you for the deep amazing feeling I had and still have. To be honest I'm still trying to solve it. I know may I never can but I am trying with a deep happy heart.

Dear Maryam, You were the star of the Iranian Mathematics Community and who knows how many decades we'll have to wait for our next star. We will wait for this! Rest in peace.

Dear Maryam:
Dr. Dunne mentioned your recent works. Who knows? Preparing 200 pages of an outstanding paper might not have been a difficult task for you. Was it all about? These seemingly minor things will not be considered with an immediate effect, but long term effects have intensified your condition and that took our Iranian-American princess of mathematics down so soon. You will be missed so much.

What I just wrote (above) was about your hard work toward your mathematical goals with your increased responsibility as a mother and a spouse and dealing with graduate students and .... Please add this comment to my previous message to avoid any misinterpretation.

\"When I am dead, open my grave and see
The cloud of smoke that rises round thy feet:
In my dead heart the fire still burns for thee....\"

I am very sad to hear that the female Fields Medal winner, Professor Maryam Mirzakhani, passed away at the age of 40. I had some nice communications with her when I was the editor-in-chief of the Bull. Iranian Math. Soc. I am passing my deep condolences to her family and her friends. My note about her and her impact on mathematics (in Persian) in Newspaper Shargh Daily (Iran) can be found here
http://www.sharghdaily.ir/1396/04/25/Main/PDF/13960425-2912-19-2.pdf

Dear Maryam
I am very proud of you
I pray that you will be a husnul khotimah
My condolences to her husband, her daughter and her family

A tragic loss to the world of mathematics

The death of Ms. Mirzakhani is a tragic loss to the scientific community. This is a very sad event.

Mirzakhani, she was first woman mathematician to win the prestigious Fields Medal, (Known the Nobel Prize of mathematics.) She had taken her prize at the conference organized by ICM and ICWM 2014 in Korea. I had also got the chance to meet her and talk with her in Korea. I felt very unhappy to hear her death. We lost very young renowned Women Mathematician.!!!!!!!!!!!!!!!!!!!!!!!
I missed so much. Rest in Peace.

Dear Maryam
Now I am sure you remember the first time I met you,it goes back to 1994, when you were accepted as the student member of the Iranian IMO team,you were 17 years old, I was the team leader,you won the Gold Medal in Hong Kong IMO competition (1994). The year after you were still in the student member of the team and you won again the Gold Medal with the full mark in Canada (1995). From 1995 to 1999 or 2000 I witnessed your success in Sharif University,after that I heard about your success through different sources, one of them was my son Mohsen who was studying in MIT, the same time as you were in Harvard,The greatest was your Fields Medal which made me very glad as I was looking forward for you to win it. Any my happiness did not lost too much as I heard you suffered from cancer and unfortunately it did its job and we lost you. But you have done also your job and in 40 years you did the work of 400 years of the other educated people (as Dr. Soroush has mentioned in a note on your memory).
The only thing I can say now is:
Rest in peace
And beg the God Almighty to prepare a pleasant place for you.

Maryam will forever remind us that Mathematics is not a matter of geography nor gender. I feel her loss is unfair...to her husband, her daughter, her family and to all of us.

Dear Miriam, amazing young lady, when I first saw you among the Fields Medal winners, my heart couldn't help pounding hard out of joy, I cried; those were tears of joy. The second time I saw your picture on the news(TV), I couldn't help expecting another victory news; it was about a great loss, damn it! This made me scream so hard that I felt pain on my chest, and those tears were sad ones! One thing I hope for is that the sadness and the tears we have shed give rise to many women mathematicians who would be winners of Fields medals! Let your soul rest in piece!

Math world, particularly women mathematicians miss you greatly. No doubt you are a great influence to many upcoming women mathematicians in many developing countries like India and several others in the globe. Let everyone take lessons from your great life and contribute towards mathematics. Though you have left us early, your work and impact will never be forgotten and they remain for eternity.
Associate Professor of Mathematics and Life Member of AMS

Words can't express how saddened we are to hear of Maryam Mirzakhani's tragic death. She was an extraordinary women. She is a big loss to scientific community. She will remain in our prayers forever.
EWM Local Coordinator for Pakistan.