Cryptography in the Quantum Era Discussed at Capitol Hill Briefing

AMS President Jill Pipher (Brown University's Vice President for Research) spoke to congressional representatives on December 5, 2019 about how advances in quantum computing threaten existing secure systems that support national and economic security, necessitating new cryptographic protocols.  With the future of secure communications at stake, mathematicians are working to stay ahead of the curve, while the National Institute of Standards and Technology (NIST) and other government research agencies are paying close attention. 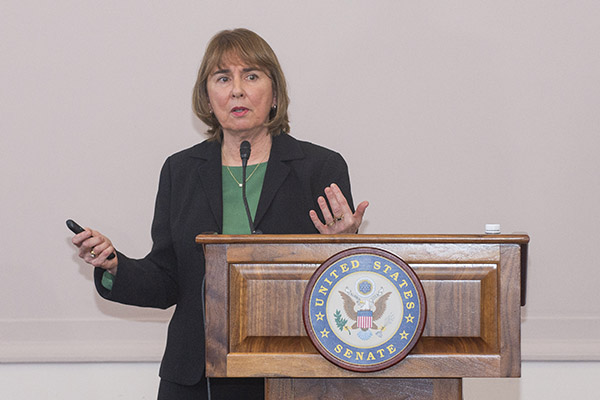 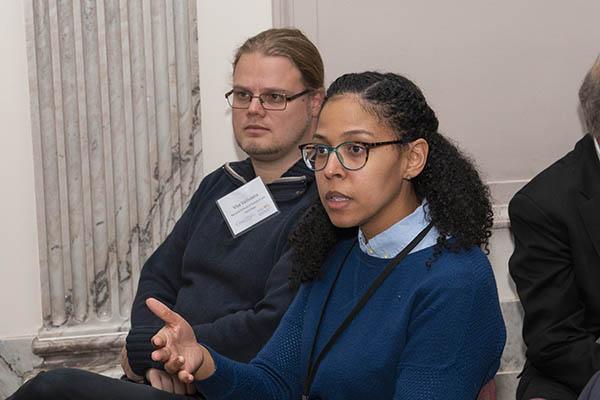 The briefing sponsored jointly by the AMS and MSRI, entitled "No Longer Secure: Cryptography in the Quantum Era," was held on Capitol Hill for members of Congress and their staffs. The briefing was attended by four members of Congress -- Rhode Island Senators Jack Reed and Sheldon Whitehouse, and Representatives Jim Langevin (RI-2) and Jerry McNerney (CA-9), who all gave remarks and spoke about the importance of federal funding for basic research.

In her talk, Dr. Pipher traced the impact of modern cryptography on network security, cybersecurity, financial transactions, private communications, and digital currencies. She also outlined threats and opportunities in the quickly changing and increasingly complex environment at the beginning of the quantum era.

See the interview with Dr. Jill Pipher here. Also, find more information in the AMS Capital Currents blog and in an article by Brown University.