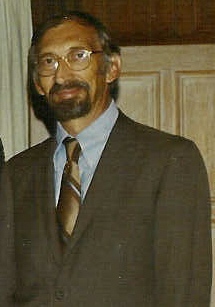 This award is sponsored jointly by the Mathematical Optimization Society (formerly the Mathematical Programming Society)  and the American Mathematical Society (AMS). Up to three awards of US$1500 are presented at each (triennial) International Symposium of the MPS. Eligible papers should represent the final publication of the main result(s) and should have been published in a recognized journal or in a comparable, well-refereed volume intended to publish final publications only, during the six calendar years preceding the year of the Symposium (thus, from January 2015 through December 2020). The prizes will be given for single papers, not series of papers or books, and in the event of joint authorship the prize will be divided.

The term "discrete mathematics" is interpreted broadly and is intended to include graph theory, networks, mathematical programming, applied combinatorics, applications of discrete mathematics to computer science, and related subjects. While research work in these areas is usually not far removed from practical applications, the judging of papers will be based only on their mathematical quality and significance.

To nominate a candidate, submit a letter of nomination (including reference to the nominated article and an evaluation of the work) to the chair of the committee. Electronic submissions to gc0v@andrew.cmu.edu are preferred.