We salute JPL, NASA, and all those involved on the success of the Pathfinder mission to Mars--a triumph of engineering, science, and mathematics!

Mathematics has played an essential role in this, as in all, space missions. Let us just mention a couple of the contributions of mathematics:
a) Getting Pathfinder to Mars: The Pathfinder spacecraft was launched from Earth and arrived at Mars after a journey lasting 7 months and covering 309 million miles. Navigating to Mars means solving a mathematical problem in celestial mechanics.
b) Getting the information back to Earth: The Pathfinder spacecraft sends a very weak signal from Mars to Earth, planets that are over 12 million miles apart at present. Picking up this signal out of the background noise means solving a mathematical problem in signal processing.

Here are two images of Mars taken by Pathfinder: 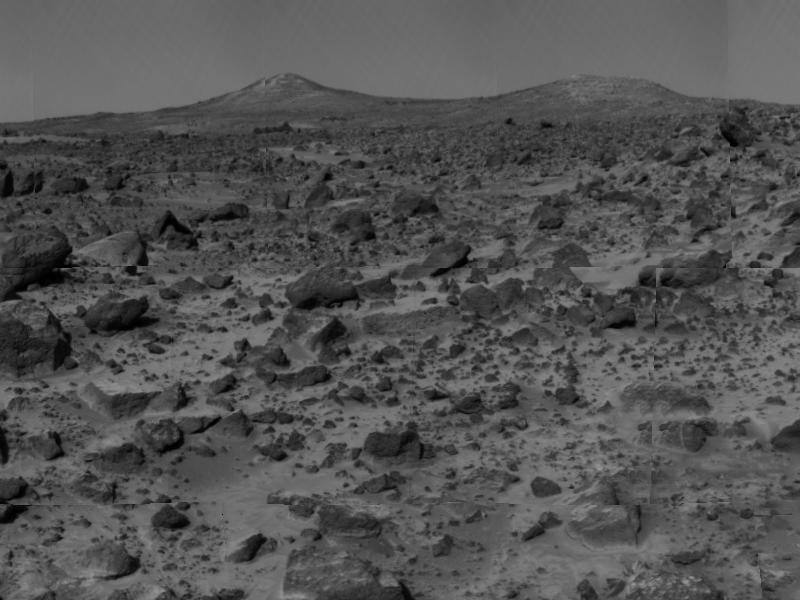 This black and white image is a view of the Martian horizon, showing the hills named the "Twin Peaks" in the background. 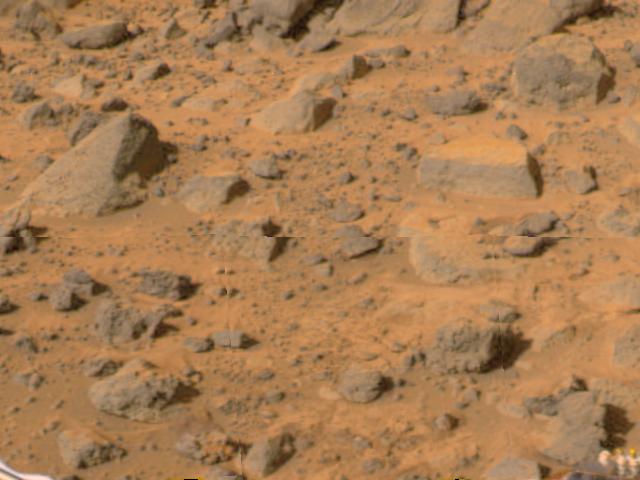