"She had a great time, met some new people, and used her mathematical skills to think about some questions she's never seen before. I was at the games and enjoyed watching the whole process. You are doing good things for the girls in our community. Thanks again."

"Michelle is so excited to have won, and our school is very proud. It was a great experience."

Here's a very happy Michelle just after the game:

(More videos are below.)

Sonia Kovalevsky Mathematics Day was organized by Omayra Ortega of the School of Mathematical and Natural Sciences. She is pictured below with the eight Who Wants to Be a Mathematician contestants. 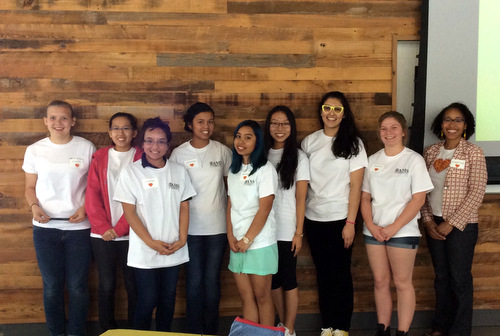 In a Who Wants to Be a Mathematician first, a young audience member volunteered a very good explanation of one of the tough questions, on which two of the contestants had answered correctly by guessing. It was unusual to have an explanation come from the audience, but the reasoning and figuring were exactly right.

Videos of the games: 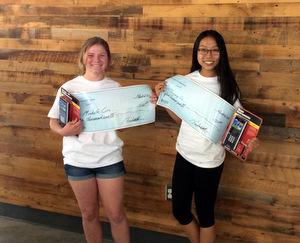 Thanks very much to our sponsors: Maplesoft, the Who Wants to Be a Mathematician technology sponsor, Texas Instruments, and John Wiley and Sons. Thanks also to Omayra Ortega, who arranged everything for the game (and the whole day).


Slideshow of the game and some scenery:
Created with flickr slideshow.