"How do I qualify to be a contestant on The Math Game?"

Thanks for your interest in The Math Game! (formerly WWTBAM)

Questions from the game are taken from pre-calculus math and can include algebra, geometry, trigonometry, probability, combinatorics, and logic (we no longer include math history questions). Most contestants are in high school, but we've had some students in 8th grade qualify. There is no lower age limit to take the test.

*For The Math Game Championship game, held at the annual Joint Mathematics Meetings in January, we have three rounds of tests. The first round usually starts in the second week of September and runs for about two weeks. Those who score 5 or above (out of 10) in Round One qualify for the Round Two test. The second round would be about a week later and run for about a week. Those who score 7 or above (out of 10) in Round Two qualify for the Round Three test, which will run for a week and start about a week after the end of the Round Two test. In all rounds, no calculators, internet, books, or other help is allowed. Announcements about qualifying are sent to teachers in late August.

We anticipate changing the qualifying process for the fall of 2020 so that students can sign up and take the qualifying tests on their own. Details to come.

We select the top male scorer and top female scorer from each of 5 regions in the U.S. and the local area surrounding the Joint Mathematics Meetings (JMM) host city, based on their scores on the test, and one from Canada, and let the teachers of those students know. The four U.S. regions besides the JMM host city are pictured below. 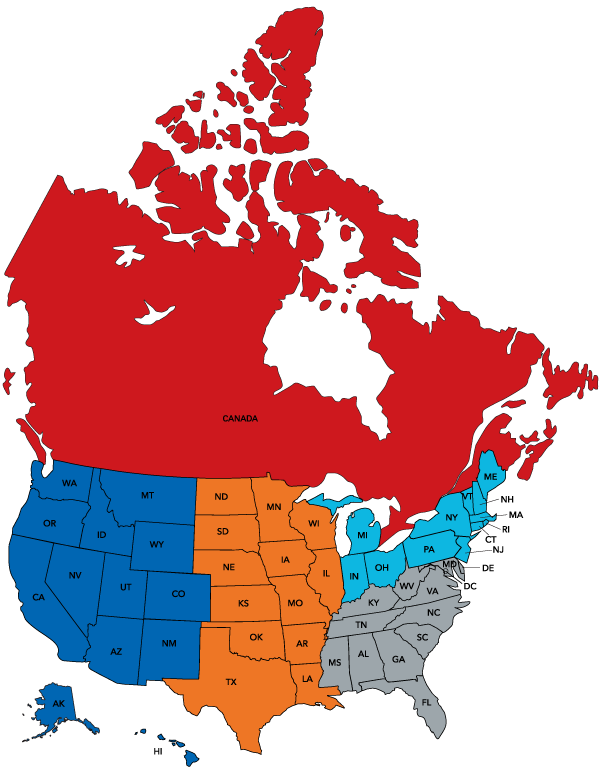 Note: Students not in the US or Canada are welcome to take the qualifying tests but are not eligible to qualify for the Championship.

The online qualifying tests are provided by Elephant Learning. Due to federal law, students under 13 must take the paper version of the national qualifying test. Participation of students in Canada is made possible by Maplesoft and the Pacific Institute for the Mathematical Sciences.

Tie-breakers. Because there are so few semifinal slots available for the championship game and so many good students who take the test, we often have many ties for first in a region. In addition to the scores, further considerations for contest selection are the closest answer on a particular qualifying test question (one that involves an approximation, usually question 10), any past experience in The Math Game or WWTBAM (people who had not appeared on stage in the championship would get preference over those who had), and grade (a high school senior receives preference over younger students who will have another chance before they graduate, a junior is given preference over a sophomore, etc.). The exact tie-breaking procedure is included with the Round Three test. Note: "Close" is defined using |log([student's answer]/[correct answer])|.

*We hold regional contests of The Math Game as well, usually by invitation from a host university or from the organizer of a special event, like a Sonia Kovalevsky Day. When we hold regional games, the local organizer (or us) contacts math teachers, math department chairs, and local math organizations to invite them to administer a qualifying test to interested students.

You can learn more about the game and see previous qualifying tests.

The game is loads of fun and you have a chance to win cash and prizes, so ask your math teacher to contact us or send us his or her email address (to paoffice at ams dot org)!