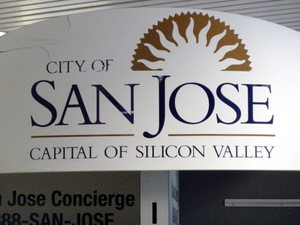 Approximately 3000 people watched six undergraduate math majors participate in Who Wants to Be a Mathematician at the 2011 national conference of SACNAS (Society Advancing Hispanics/Chicanos and Native Americans in Science) in San Jose, California. No one won the big cash prize but the contestants did play an exciting match, which was won by Chetak Hossain of the University of California, Berkeley. Below are videos from the contest, including a video interview with Chetak. Also below is a slideshow of pictures from the contest (and practice).

The contest took place during breakfast, which meant an earlier than usual start for the Who Wants to Be a Mathematician crew and probably for the contestants, too. They all seemed sharp, however, as did the audience, which chose the correct answer each time when asked. 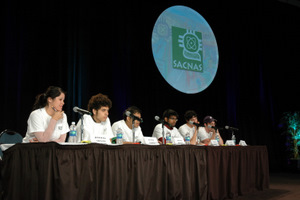 At about the halfway point in the contest, Chetak and Kunal were tied for first. Chetak moved into first on the next question, but then fell behind on the subsequent question when George answered correctly. So with three questions to go George was in first and 400 points separated the top three contestants. Xavier, Chetak and Kunal all answered the seventh question correctly, which allowed Chetak to recapture first place. He kept the lead for the remainder of the contest, which earned him a TI-Nspire CX from Texas Instruments and a chance at the US$2000 bonus question.

Unfortunately, Chetak did not answer the question, a combinatorics question, correctly, but he (and George) did win the TI-Nspire CX, and his fellow contestants did provide an exciting and informative event for the communal breakfast. 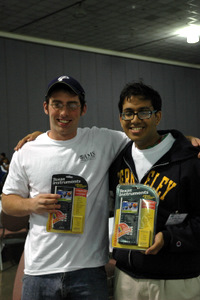 Below are the prizes won by all six contestants:

Slideshow (of practice and the contest):

Thanks to Ivelisse Rubio (University of Puerto Rico Rio Piedras), Ricardo Cortez (Tulane University), and Suzanne Lenhart (University of Tennessee-Knoxville) who helped with the many logistics necessary to hold the game at the SACNAS national conference, in particular for their help with the qualifying test. Thanks also to the SACNAS staff, especially Jenny Kurzweil and Bryana Britts, and to the terrific audio-visual crew at the conference. The AMS also thanks sponsors Texas Instruments, Maplesoft, and John Wiley and Sons for supporting Who Wants to Be a Mathematician. 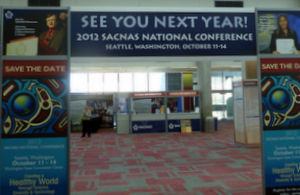 Next year's conference is in Seattle. 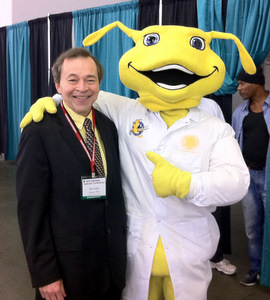 Even for a math game show host at a busy conference things can get sluggish.