"My favorite part of the conference was the time I spent talking through a problem and doing computations with my work group. I found that discussing the problem with a small group was a very efficient way to learn, and during this discussion time I learned so much more than I would have learned listening to a lecture or working through the problem on my own."
The 2016 Mathematics Research Communities (MRC) summer conferences were held in June at the Snowbird Resort in Utah. The three week-long conferences drew 119 early-career mathematicians. These conferences, funded by the National Science Foundation, are part of the AMS program that includes special sessions at the Joint Mathematics Meetings, a longitudinal study, and a continuation of connections and collaborations.

"I liked the focus on forming collaboration and getting right to work on open problems. A few weeks after the MRC, I am part of a 3-person collaboration and we have already put together 15 pages or so which should eventually turn into a publication."

The theory of Lie groups and their representations has played a fundamental role in a variety of fields within analysis, geometry, number theory and probability theory. The focus of this conference was the role played by Lie groups in recent developments in functional and harmonic analysis. Guided by the organizers, participants explored current research questions in the areas of admissible representations, Coorbit theory and Gelfand pairs.

"The largest difference was 'passive vs active.' By actually working on an open problem with other participants, all of the other material became more relevant. The length of the conference and the opportunity for socializing also sets it apart from other conferences. I left with not just new research collaborators, but friends!"

There has been intense interest and activity in the study of character varieties (aka moduli spaces of representations) in recent years. The study of these spaces intersects a wide range of mathematics and physics. In particular, they are central to the study of moduli theory and serve as non-trivial yet tractable working examples in algebraic geometry, topology, and dynamics. This focused workshop emphasized examples, computations, and visualizations. After briefly introducing participants to the general theory of these spaces, we focused on important areas that demand more attention, and how they relate: (1) quantization, (2) tropicalization, and (3) arithmetic structure.

"MRC gave us hands-on experience with plenty [of] opportunities for discussion and exchanging information/knowledge."
The fact that I was basically given a research project and encouraged to work on it was amazing!!!" 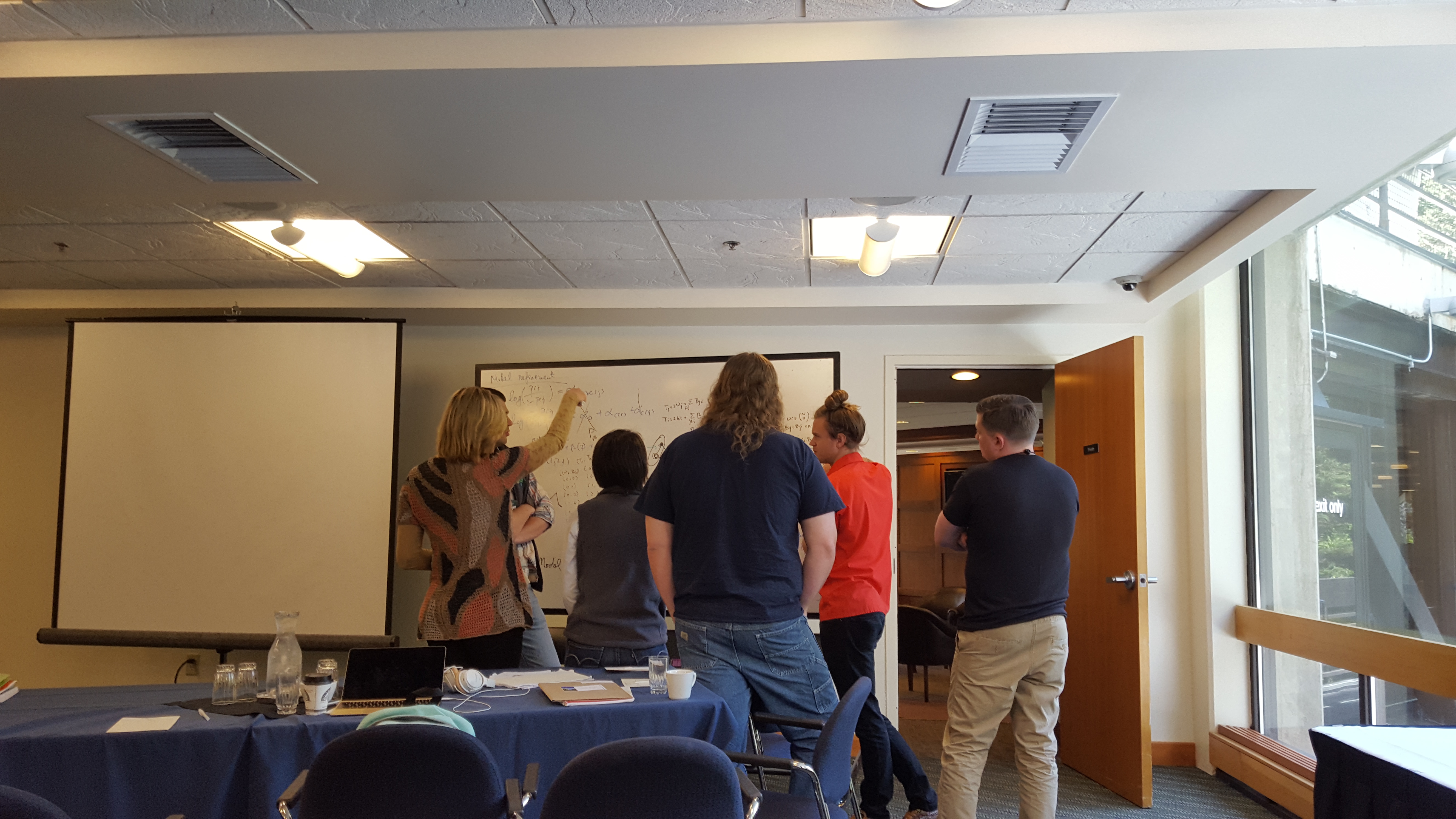 From an article in Illinois Institute of Technology "Illinois Tech Today"
“The workshop was a huge success,” said Petrovic. “It created an environment where career-long research relationships could be built. It introduced a new wave of young researchers to the field of algebraic statistics by engaging them with exciting research problems. It also provided opportunities for participants to obtain information and advice on topics vital for a junior researcher, such as publishing, presenting, and grant writing.” --Sonja Petrovic co-organizer of 2016 MRC was also a participant in the first MRC in 2008. 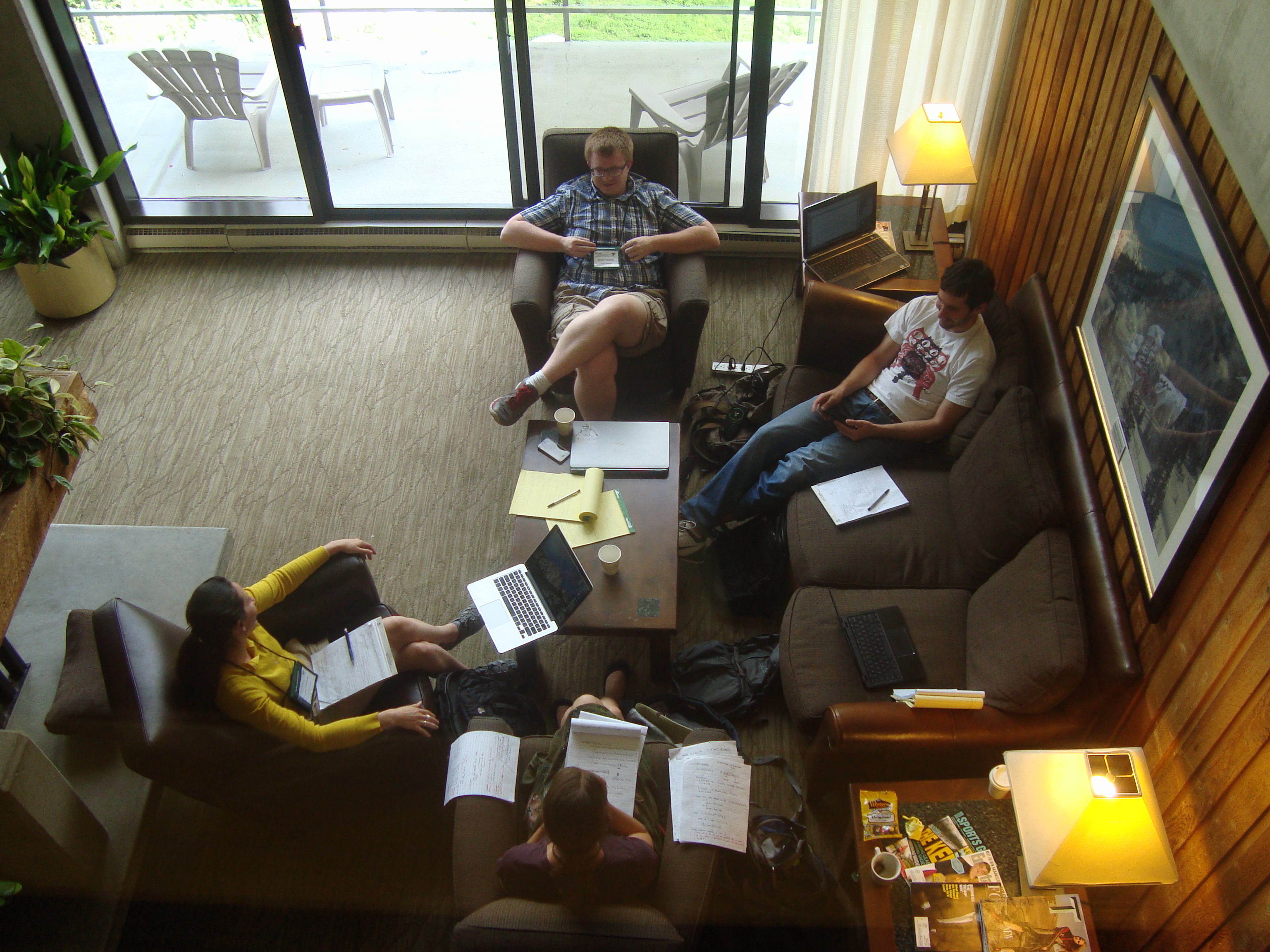 This workshop focused on mathematical interactions in systems physiology and systems biology. This fast-grow­ing area of research has been shown to have a two-fold benefit. Mathematical methods are instrumental for attacking open problems in the area of physiological and biological modeling, spanning from molecular to whole-organism scales. On the other hand, the challenges that arise in the process often lead to interesting theoretical problems which require the development of new mathematical and computational approaches.

The workshop included an introduction on how to set up multi-scale computations from the cellular to the system levels. The workshop concentrated on three projects all focusing on how to use modeling for data analysis and to examine physiological hypotheses. The three projects used modeling to study blood-flow regulation, energy metabolism and inflammation. Mathematically these projects were studied using dynamical systems-type models combined with methodologies for parameter estimation and uncertainty quantification.

"The focus on young mathematicians was very welcome. I now know 20 mathematicians who will have almost parallel career paths. That was probably the best networking opportunity I have had."

"I really felt like the AMS did a good job of building community in our field." 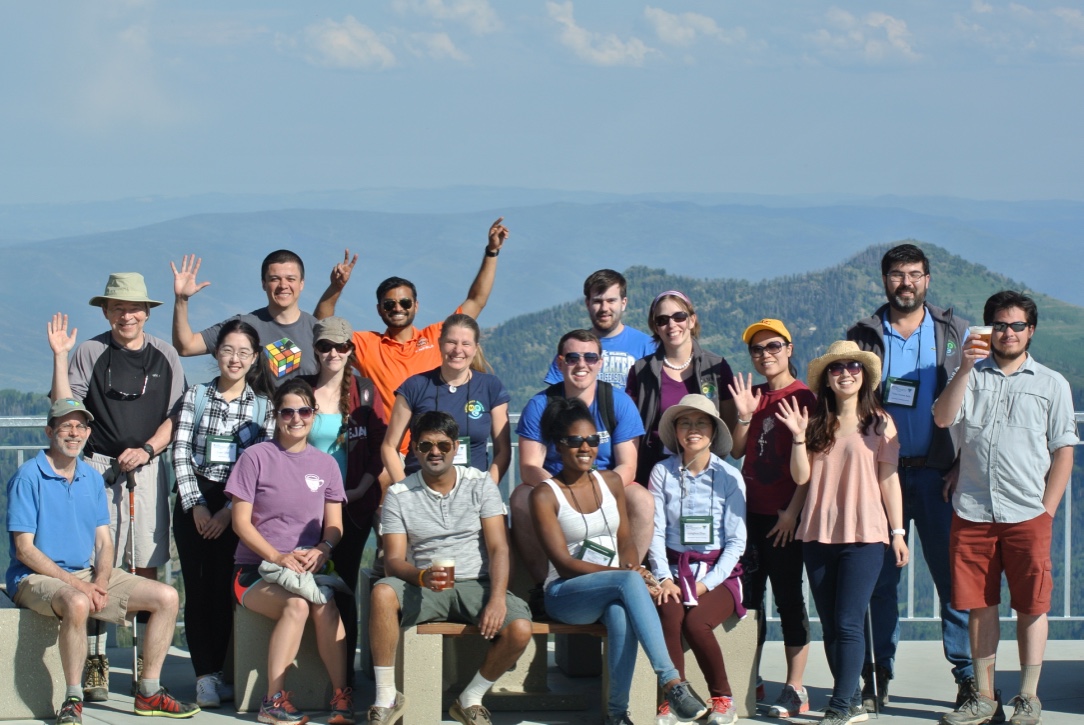 Those accepted into this program receive support for the summer conference, and will be partially supported for their participation in the Joint Mathematics Meetings which follow in January. The summer conferences of the MRC were held in the breathtaking mountain setting of the Snowbird Resort, Utah, where participants can enjoy the natural beauty and a collegial atmosphere. This program is supported by a grant from the National Science Foundation.

"There was a higher level of collegiality at the MRC than at any other conference or workshop that I have attended. I felt that the size of the MRC was just right - small enough to ensure that no one person needed to feel left out but big enough to allow for a wide range of expertise and know-how across the discipline."

For information on the 2017 MRC sessions and how to apply.

Read about the 2015 Mathematics Research Communities and the MRC program.